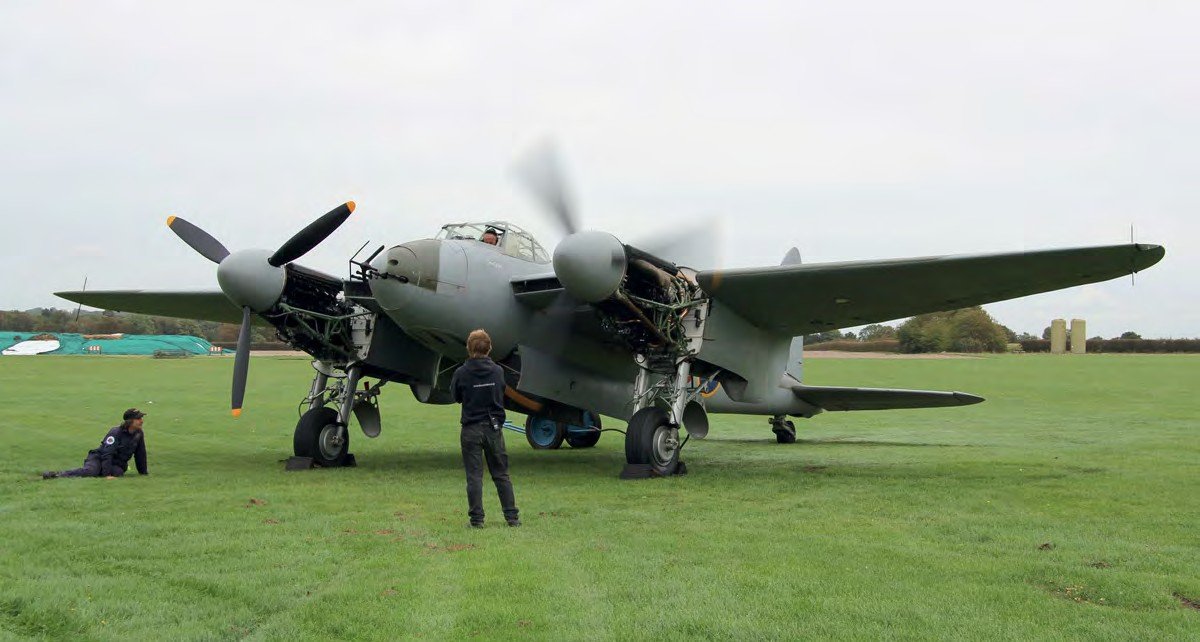 With East Kirkby’s chief engineer Keith Brenchley at the controls, the port Merlin 25 of Mosquito HJ711 is run up for the first time on the morning of 22 September, as groundcrew Martin Lawton and Bradley Winder look on.
ANDY DAWSON

The first Rolls-Royce Merlin to run in a de Havilland Mosquito in the UK for 22 years burst into life at the Lincolnshire Aviation Heritage Centre at East Kirkby on 22 September.

Keith Brenchley, the centre’s chief engineer, was in the cockpit of Tony Agar’s Mosquito NFII, HJ711, for the first test of the port Merlin 25, the correct variant of the Merlin for the mark. The East Kirkby engineers worked for three weeks battling every possible problem the Merlin could throw at them in order to get the engine running for the debut public run at lunchtime on Saturday 22 September, during an event to mark the LAHC’s 30th anniversary, and it is hoped that the starboard powerplant should be running towards the end of the year.

The Mosquito is scheduled to make public taxiing demonstrations in 2019.