MOSQUITO IN THE SUN AT EAST KIRKBY 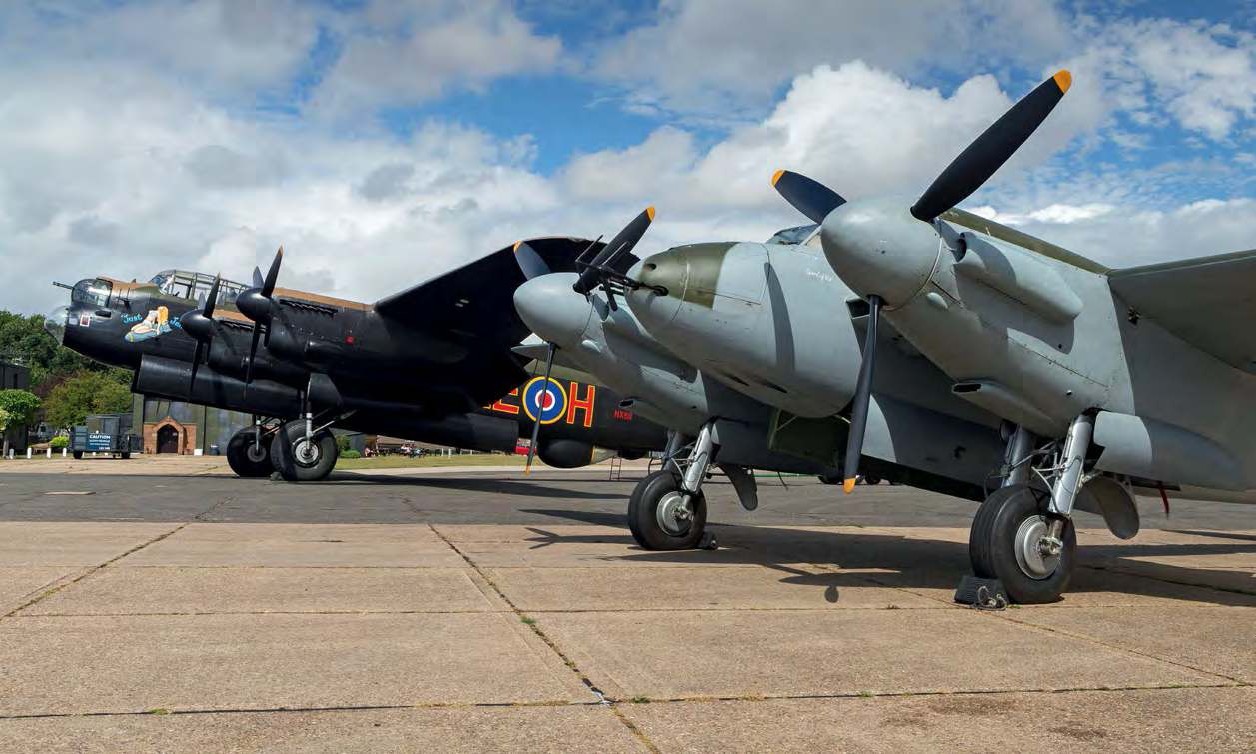 The only place in the UK where a Lancaster and Mosquito can be seen together outside: HJ711 and NX611 share the apron at East Kirkby on 30 July. DARREN HARBAR

At the Lincolnshire Aviation Heritage Centre at East Kirkby on 30 July, Tony Agar’s de Havilland Mosquito NFII, HJ711, was rolled out alongside Avro Lancaster VII NX611 Just Jane for the first time since the night fighter was moved to the former bomber base from the Yorkshire Air Museum at Elvington in July 2017. On 4 August the pair were put on static display together after the flying programme at the East Kirkby Airshow. Tony and his team have spent the past year assembling and continuing restoration work on the ‘Mossie’, which should be engine-running during 2019.