Mosquito for the UK 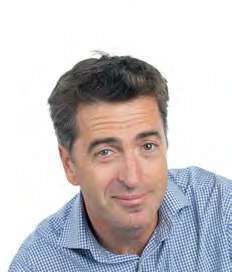 Mosquito T43 NZ2308, pictured recently in New Zealand, will come to the UK to be operated once the Mosquito Pathfinder Trust raise sufficient funds to complete the restoration. AVSPECS

On 21 July the Mosquito Pathfinder Trust (MPT) announced a commercial understanding with the Duxford-based Aircraft Restoration Company (ARC), which could see de Havilland Mosquito T43 NZ2308 being operated from the Cambridgeshire airfield from 2020. The former Royal New Zealand Air Force machine is being restored by Avspecs at its Ardmore facility in Auckland, New Zealand, and is expected to fly in about two years.

ARC has been engaged by the MPT to provide flight test and validation programme services before bringing the aircraft back to the UK, and it will continue to be responsible for flying standards and pilot services when it becomes operational. Once the machine is in the UK, ARC will also be carrying out all maintenance requirements for the Mosquito. It will provide the suite of engineering and design services for NZ2308, which are necessary to have the aircraft approved for flight in Britain, and the MPT and ARC are already well advanced in their preparations with the UK Civil Aviation Authority to meet the necessary airworthiness requirements.

The MPT had been planning to have an ex-No 618 Squadron Mosquito BIV, DZ542, restored to fly by Avspecs, but has elected to go with NZ2308 which can be put back into the air in a shorter timeframe. Originally built by the de Havilland Australia plant at Bankstown, Sydney, as FB40 A52-20, it was soon renumbered A52-1054 and converted to T43 standard. The machine passed on to the Royal New Zealand Air Force in April 1947.

There has been no airworthy Mosquito in the UK since the tragic loss of the British Aerospace-owned TIII, RR299/G-ASKH, during a display at Barton, Manchester on 21 July 1996. Avspecs has restored two examples to fly over the past few years, with FB26 KA114 now being operated by Jerry Yagen’s Military Aviation Museum at Virginia Beach, Virginia, and TIII TV959 by the Flying Heritage and Combat Armor Museum at Paine Field, Seattle (see Aeroplane August 2018).