The mother of invention 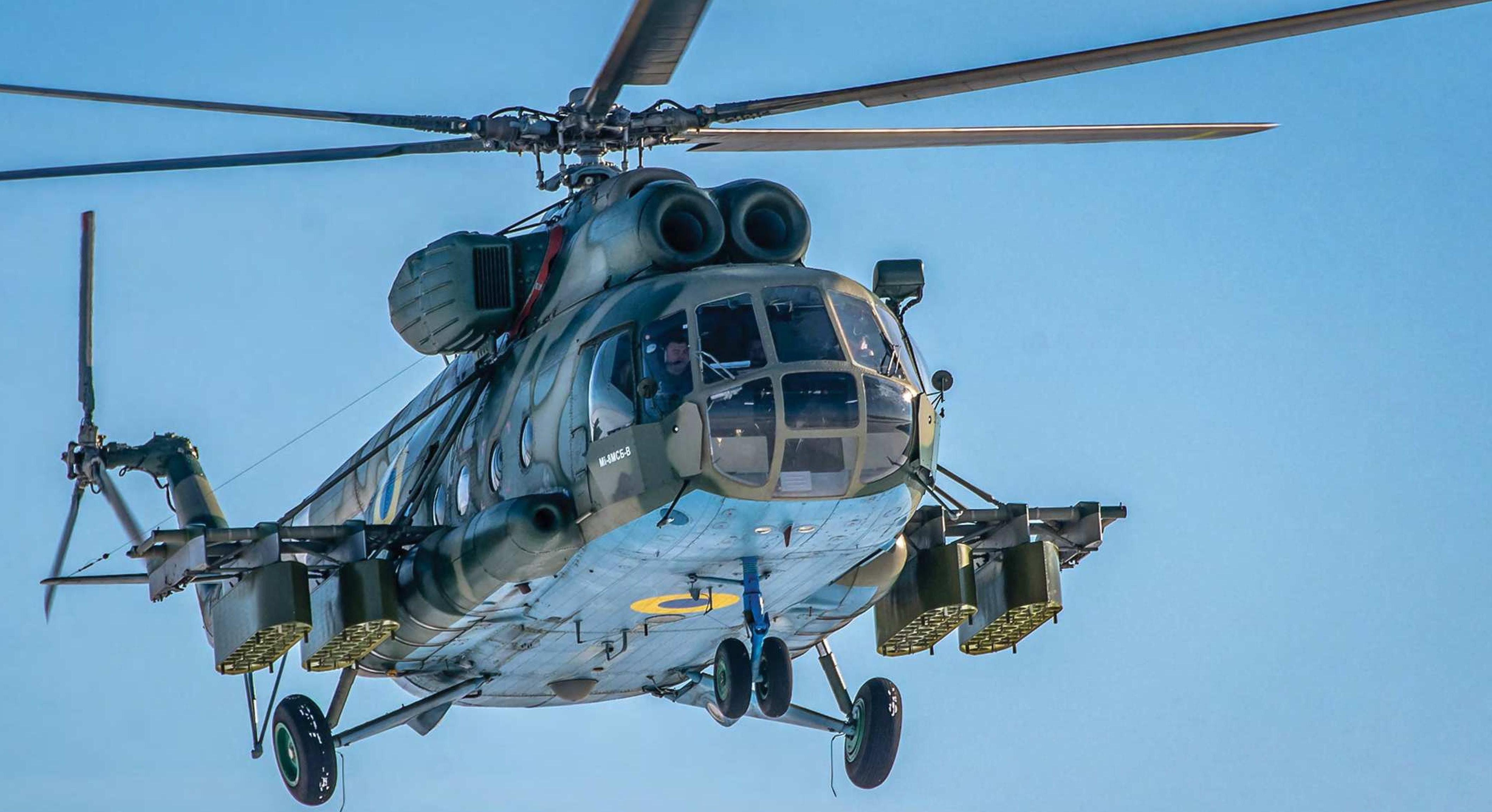 The UkAA operates armed Mi-8MSB-V subversions, a total of about 18 examples, taken on strength between 2014 and 2020. This example, sporting a full set of armour protection and armed with four VSM-1 mine-laying dispensers, is assigned to the 18th BrAA at Poltava
Ukrainian MOD

Ukraine’s aero engine maker and helicopter upgrade specialist Motor Sich currently rolls out two military rotorcraft types for use by the country’s armed forces, the support of which is a necessity, given the lack of near-term options for new platform procurement. Both of the Mi-8MSB and Mi-2MSB, representing, in fact, a rather aged Soviet-era helicopter technology, are living new lives thanks to the Motor Sich-designed upgrade kits.

The upgraded types, fielded into service between 2014 and 2016 respectively, received avionics and equipment enhancements while also sporting substantial flight performance enhancements granted by the newlyintegrated and much more powerful engines, also produced at Motor Sich.