“I am awaiting the final order”

Words from a kamikaze pilot who met his death in June 1945 are among the powerful, and sobering, exhibits in two museums dedicated to the Japanese suicide missions 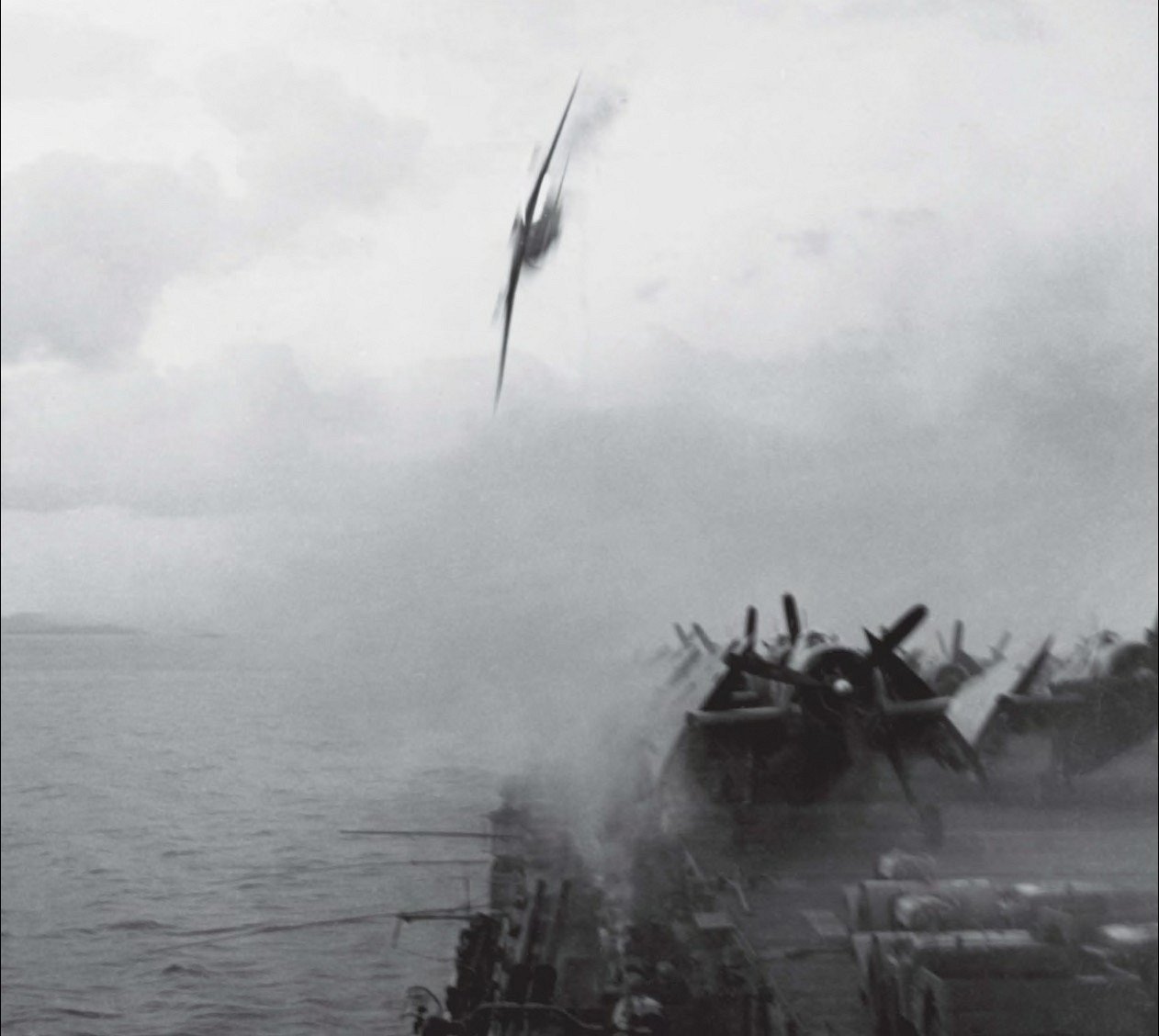 A kamikaze attack by a Kawasaki Ki-61 about to miss the US Navy escort carrier USS Sangamon by just a few feet on 4 May 1945. Another such strike that same day was more successful and caused serious damage to the ship. US NAVY

Kyushu is the southernmost main island of Japan. From here more than 1,000 of the young, inexperienced aviators belonging to the special units dubbed ‘Tokko’, otherwise referred to as the kamikaze pilots, got airborne during the early months of 1945 to fly towards certain death. Their task was to strike enemy ships and inflict the greatest possible damage on the enemy. Most of them are best-known from footage shot by American cameramen: shaky images of aircraft diving at Allied vessels, ending either with a fireball or a crash into the sea. That some of the cockpits were occupied by 17-year-old boys is often forgotten. The story is told in two museums on Kyushu: in the south the Chiran Peace Museum, and in the north the Tachiarai Peace Memorial Museum.