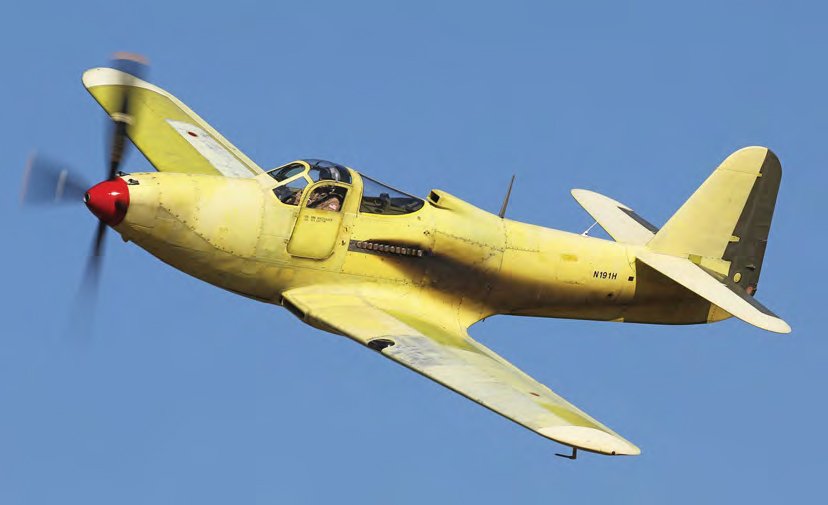 A Bell P-63A Kingcobra that was flown as a test aircraft with both the Bell Aircraft Corporation and the National Advisory Committee for Aeronautics took to the air for the first time for more than 40 years at Atlanta Regional Airport on 18 February, following a 16-year restoration with the Dixie Wing of the Commemorative Air Force (CAF).

At the controls of 42-68941 was Jim Dale, the director of maintenance for the Lewis Air Legends collection at San Antonio, Texas, who has 6,000 hours flying warbirds and is the highest-time current P-63 pilot in the USA. After landing, Jim commented: “The flight was great; no major issues to report but only minor adjustments. The airplane was just slightly left wing-heavy and the controls are a bit heavy but nothing that can’t be fixed with ease. The trims were great, light and quick to react”. Following Jim’s input, a small adjustment was made to the rpm settings of the propeller, and four further flights were made over the 18-19 February weekend.

Originally rolled out at the Bell factory in Niagara Falls on 24 February 1944, 42-68941 flew with the manufacturer as a test aircraft from 15 July 1944 until January 1945. The machine was used for testing modifications that were to be incorporated on the P-63C and P-63E variants, being fitted with a ventral fin to evaluate handling qualities before the fin was used on the C and E models. It was also fitted with a windscreen defroster, intended for the P-63E-5 series, which ended up not being proceeded with.

The aircraft was accepted by NACA on 27 January 1945, and gained the then standard large ‘Test’ lettering on the nose. The 37mm cannon and the under wing machine guns were removed on P-63 test aircraft, the nose bay being ideal for housing test equipment, and the orifice in the spinner was covered over with a small dome.

Two King cobras were assigned to the Ames Research Center. One technical paper, published on 10 April 1946, is known to have resulted from the P-63 test programme, NACA Technical Note 1044 ‘Effect of Mach and Reynolds Number on Maximum Lift Coefficient’, which was co-authored by NACA test pilot John R. Spreiter. The aircraft was also used on aileron flutter tests. Evidence of this is still apparent on the aeroplane, in the shape of the static pressure test ports drilled into the surface of the left aileron.

During September 1946 the P-63 was sold off for just $1,000 and registered NX75488 to Steven H. Christenson of Houston, Texas. He intended to use it as an air racer, but the aircraft was destined to sit neglected at Dallas-Love Field until being sold on 10 March 1963 to one of the earliest warbird operators, Don Hull of Sugarland, Texas. It moved on to the then Confederate Air Force during the summer of 1975, and was flown to Harlingen, Texas, by legendary racer/display pilot ‘Lefty’ Gardner on 5 October 1975, in time for the CAF’s Airsho 75. With only about 370 hours on the clock, that was the last known flight of 42-68941 until Jim Dale got airborne on 18 February.