Drzewiecki Design’s Narita International Airport for both Prepar3D v4+ and X-Plane 11 is now available on OrbxDirect. 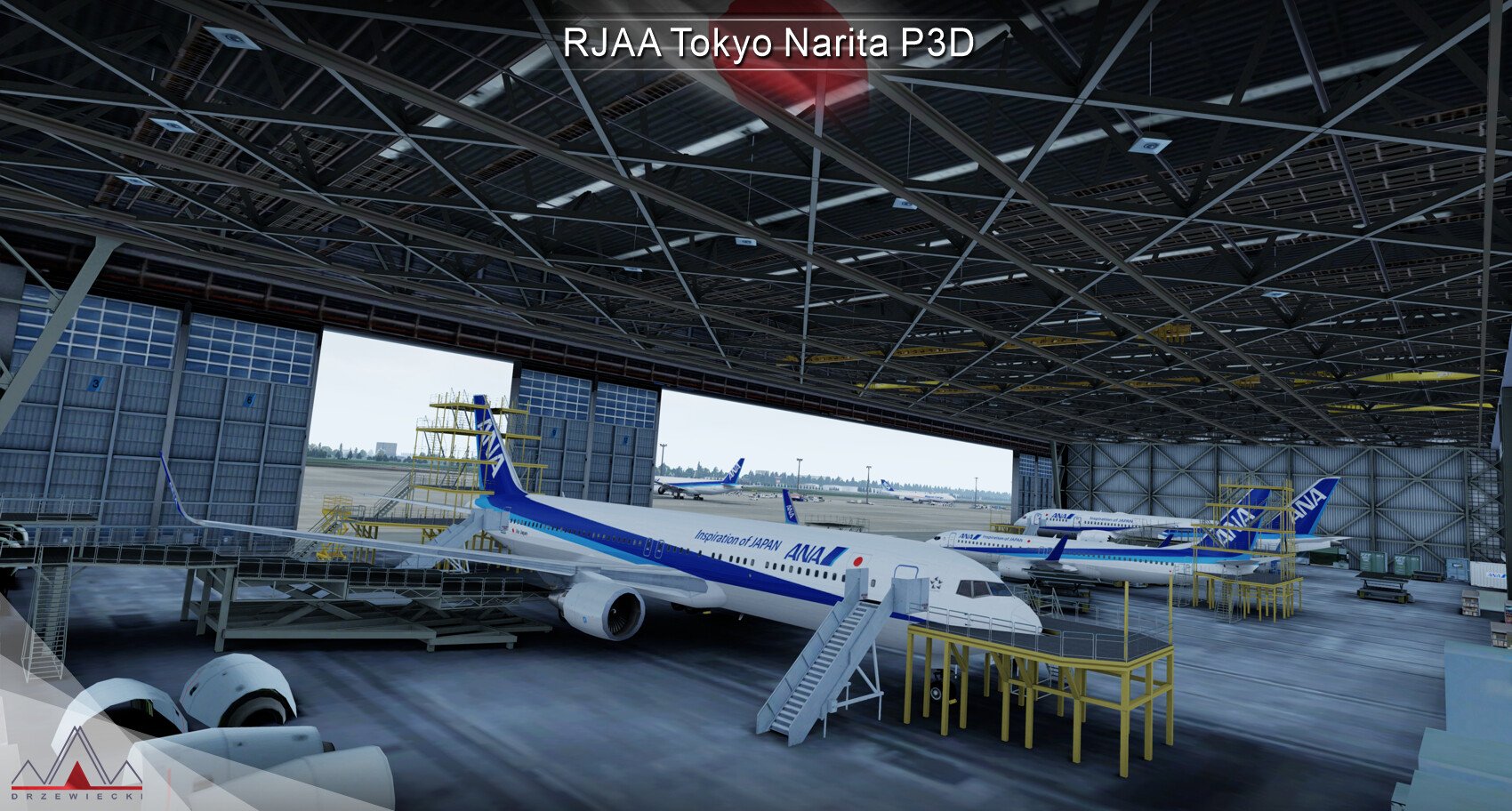 Narita (RJAA) in Tokyo is the busiest airport in Japan and the main hub for Japan Airlines, All Nippon Airways and Nippon Cargo Airlines. It is also a major destination for low-cost carriers Jetstar Japan and Peach.

RJAA has a large international route network to major cities globally including Helsinki, Paris, Amsterdam, Rome, Zurich, Copenhagen, London and Frankfurt to name a few. It also has the longest runway in Japan at 4,000m (13,123 ft).

The package from Drzewiecki is a detailed rendition of Narita, featuring an up-to-date ground layout and extensive detailing throughout the airport area.

Other highlights include optional static aircraft, advanced weather-dependent lighting, custom mesh and PBR (Physically Based Rendering) effects. The interiors of the terminals, control towers and some of the hangars are also modelled.