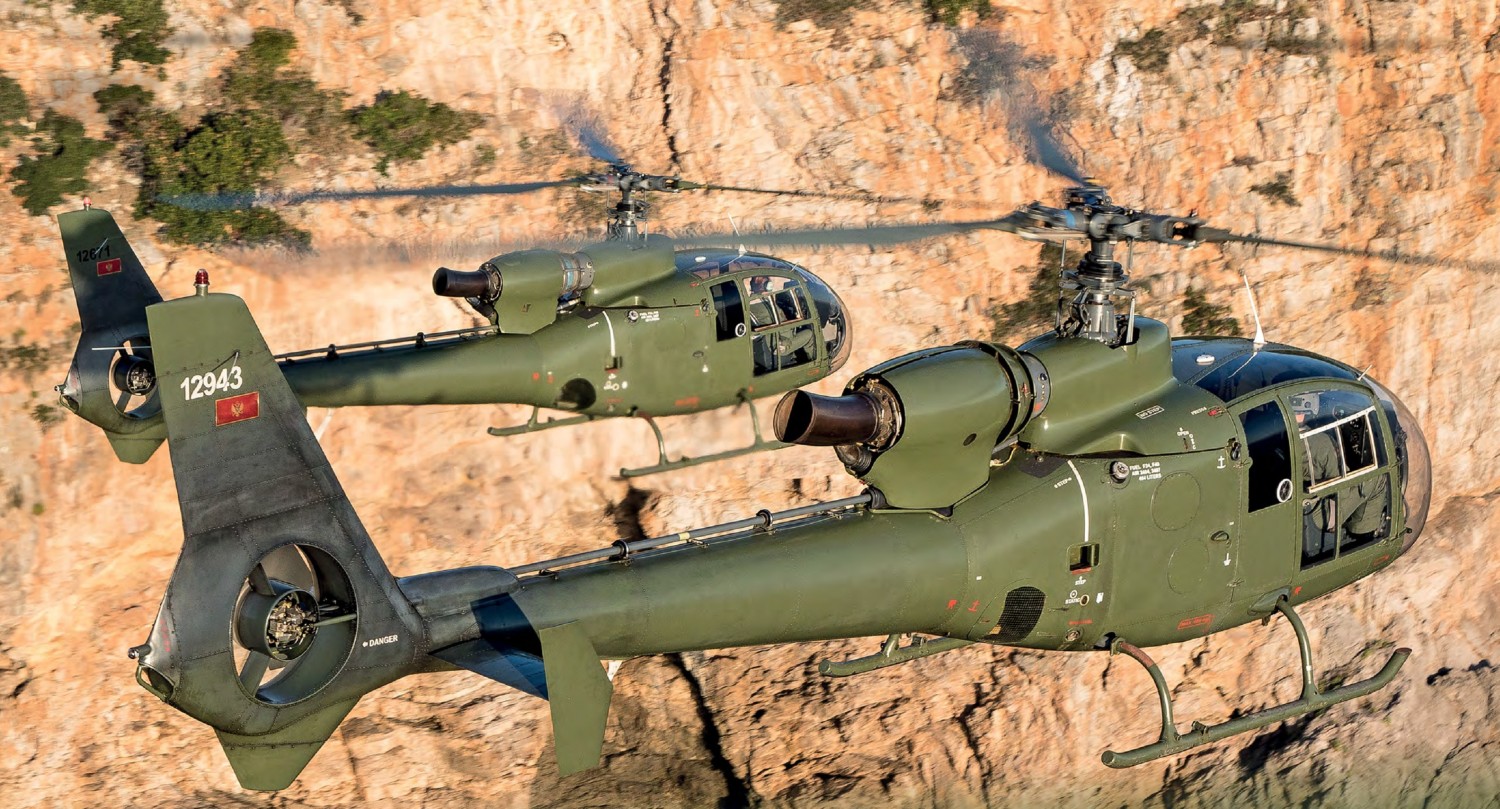 The entire coastal area of the Adriatic Sea is now covered by NATO. Cliffs near the port of Bar make a scenic backdrop to two Gazelles.

In June 2006, after a small majority of the country’s population voted in favour of separation from Serbia during a referendum, the Republic of Montenegro proclaimed independence. In the years that followed, the country’s political leanings turned from the east to the west. Nineteen years ago, the Balkan country was bombed by NATO during Operation Allied Force. In June 2017, Montenegro became the 29th nation to join the alliance.