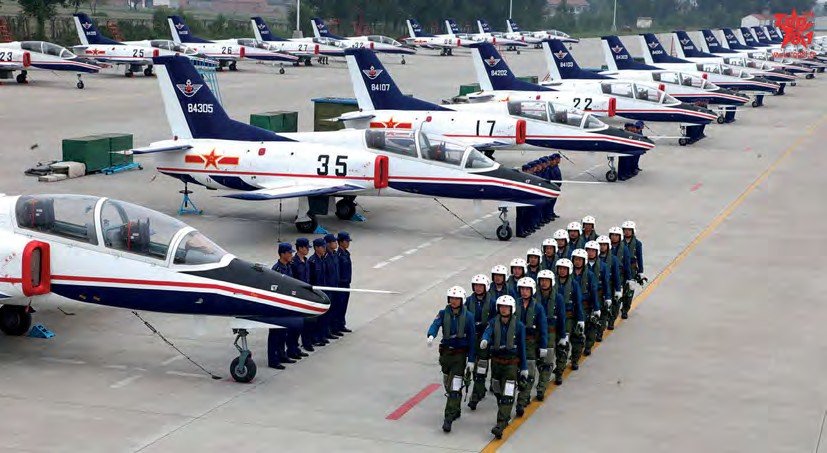 Two-seat J-15s have been in Chinese Naval Aviation service since 2012. The type is thought to be fielded as a dedicated electronic warfare aircraft, similar to the American EA-18G Growler. Top.81 Forum

CHINESE NAVAL Aviation is dramatically increasing its capability and expanding its roles as clearly demonstrated by the already routine training cruises of its Type 001 aircraft carrier, the Liaoning (16).

Launch of the first Type 002 carrier at Dalian in April 2017, and rumours about the first true supercarrier currently under construction at the Shanghai shipyard is further evidence.

Consequently, focus is most often on the modernisation of hardware, since it is visually more spectacular and easier to follow:

Chinese photographers continue to publish images of the carriers and the new aircraft types operating with the People’s Liberation Army Navy (PLAN).

However, the latest developments in tactics and training are probably more important for the future outcome of any potential operational use of Chinese carriers. Frequent reports in the Chinese media imply the People’s Liberation Army is demonstrating increased confidence in its capabilities and training. Both the People’s Liberation Army Air Force (PLAAF) and the PLAN are actively developing more realistic training and flight school programmes more akin to Western concepts.

This report should provide a brief overview of the latest developments in the PLAN’s training programmes.+ 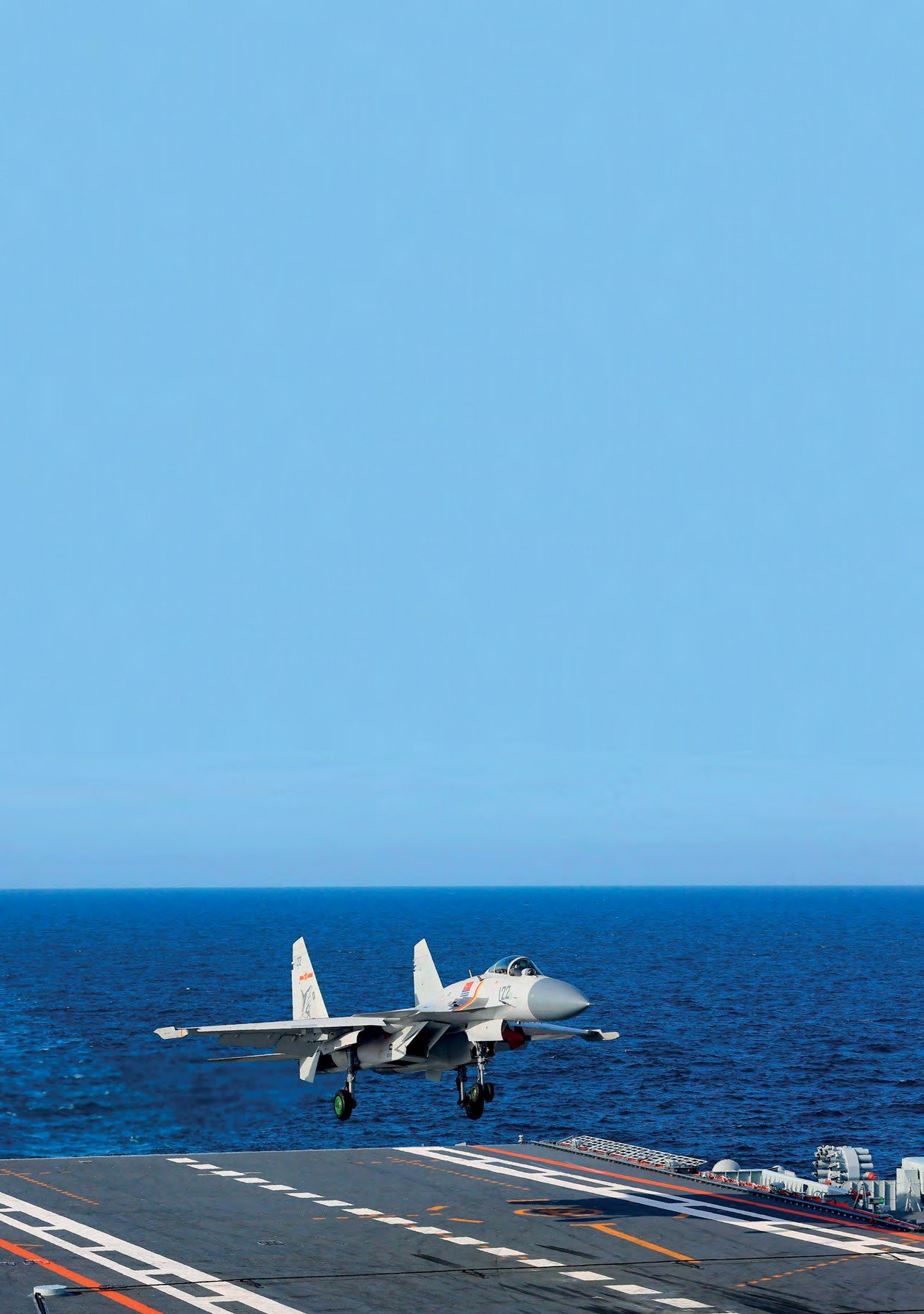 If Chinese Naval Aviation student pilots seek to aim high, flying the J-15 multirole fighter off a carrier might well suffice. A J-15 approached the flight deck of the Liaoning (16). CDF Forum 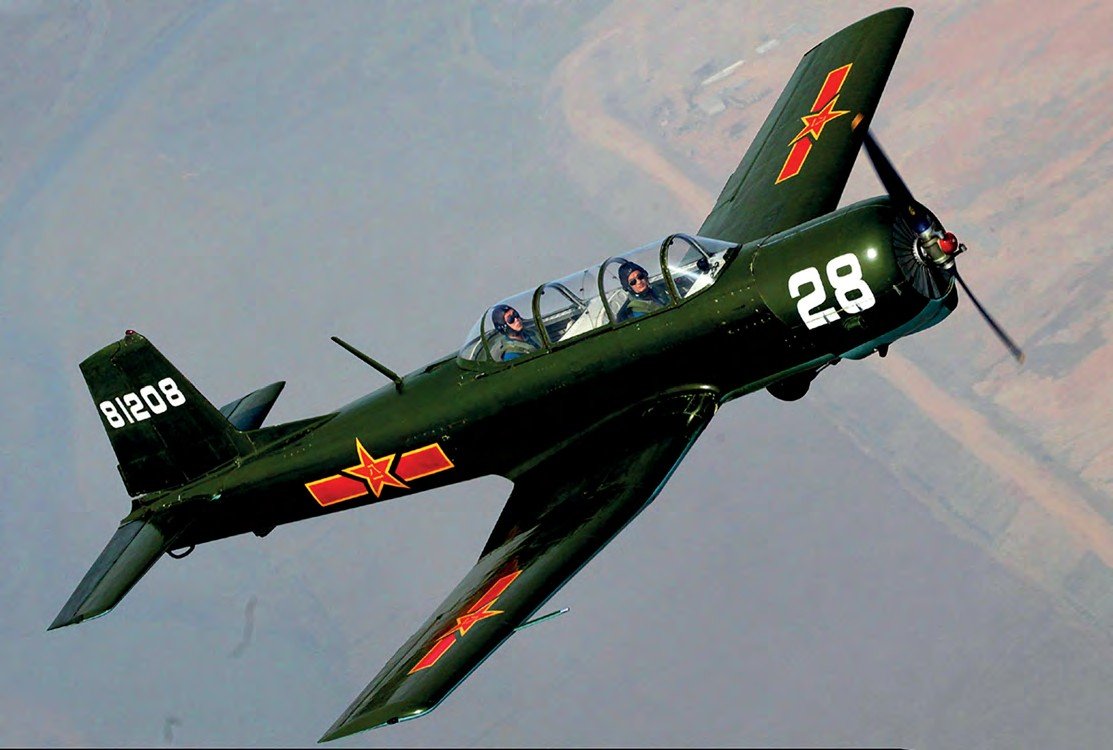 Flown by the 1st Training Regiment based at Huludao, the CJ-6 is used for basic flight training. Bai Wei

Prior to 2012, training was different for Naval Aviation bomber, transport, and helicopter aviator cadets, who started at the Naval Aviation Engineering Academy before transitioning to the Naval Aviation Academy, whereas fighter and fighter-bomber pilots were trained by the PLAAF before assignment to Naval Aviation. Following reform in December 2017, various naval flying and engineering schools were merged into the People’s Liberation Army Navy Aviation University, an academy responsible for training aviation and command specialties, including bomber, fighter, fighterbomber, helicopter, and transport pilots and navigators.

Trainee bomber pilots start in the Y-5, transition to the HYJ-7 and finally their operational type, the H-6G.

Despite the changes made to Naval Aviation’s training programmes few details are known.

Based on what little information is available, it appears that PLAN front-line pilots log an average of around 125 hours per year. Most units fly three days per week and each training sortie for a combat aircraft averages around 45 minutes; missions for bombers are longer. Back in 2002, to meet its ambitions for modern naval warfare, the PLAN implemented its Outline of Military Training and Evaluation or OMTE, which adjusted several aspects. Most of all it contains the inclusion of more rigorous and realistic training scenarios in order to simulate a combat situation. Pilots were also required to take greater responsibility for developing their own flight training plans, rather than merely implementing ones developed by the headquarters.

A recent example was Exercise Golden Helmet which involved J-11BH jets, and was said to be the most challenging aerial combat assessment in recent years.

The JL-9G was developed for training Navy pilots to launch and recover on a simulated land-based carrier deck, but due to structural issues, the JL-9G is unsuitable for arrested landings. Top.81 Forum

The newly created Naval Aviation University reportedly accepted the first JL-10H in the last quarter of 2017. Three have been seen during early 2018. SDF Forum

Despite training reforms and the introduction of modern types, one major weak point is the age of its current equipment. The oldest type in PLAN service is the Hongdu CJ- 6, which entered development in late 1957. The CJ-6 was expected to be replaced by the new CJ-7 trainer, which was cancelled, and a request for proposal was issued for a new generation primary trainer.

Next in line for replacement is the JL-8H jet-powered primary trainer; initiated in 1986 under a joint development between Hongdu and the Pakistan Aeronautical Complex.

Currently, the most important lead-in fighter trainer is the Guizhou JL-9H, which is based on the earlier JJ-7-design featuring a new front fuselage with a solid nose for housing a radar, side air inlets, a new double delta wing, and modern integrated avionics and cockpit. However, the JL-9H still uses the old WP-13F(C) turbojet and a mechanical, rather than a flyby wire, flight control system.

Another variant, the JL-9G, was planned as a dedicated carrier deck trainer. It features extensive modifications including strengthened landing gears and enlarged wings, and a diverterless supersonic-inlet, but due to structural issues the JL-9G is unsuitable for arrested landings and is only used for simulated ski-jump take-offs. A new generation carrier-capable advanced trainer is reportedly under development. 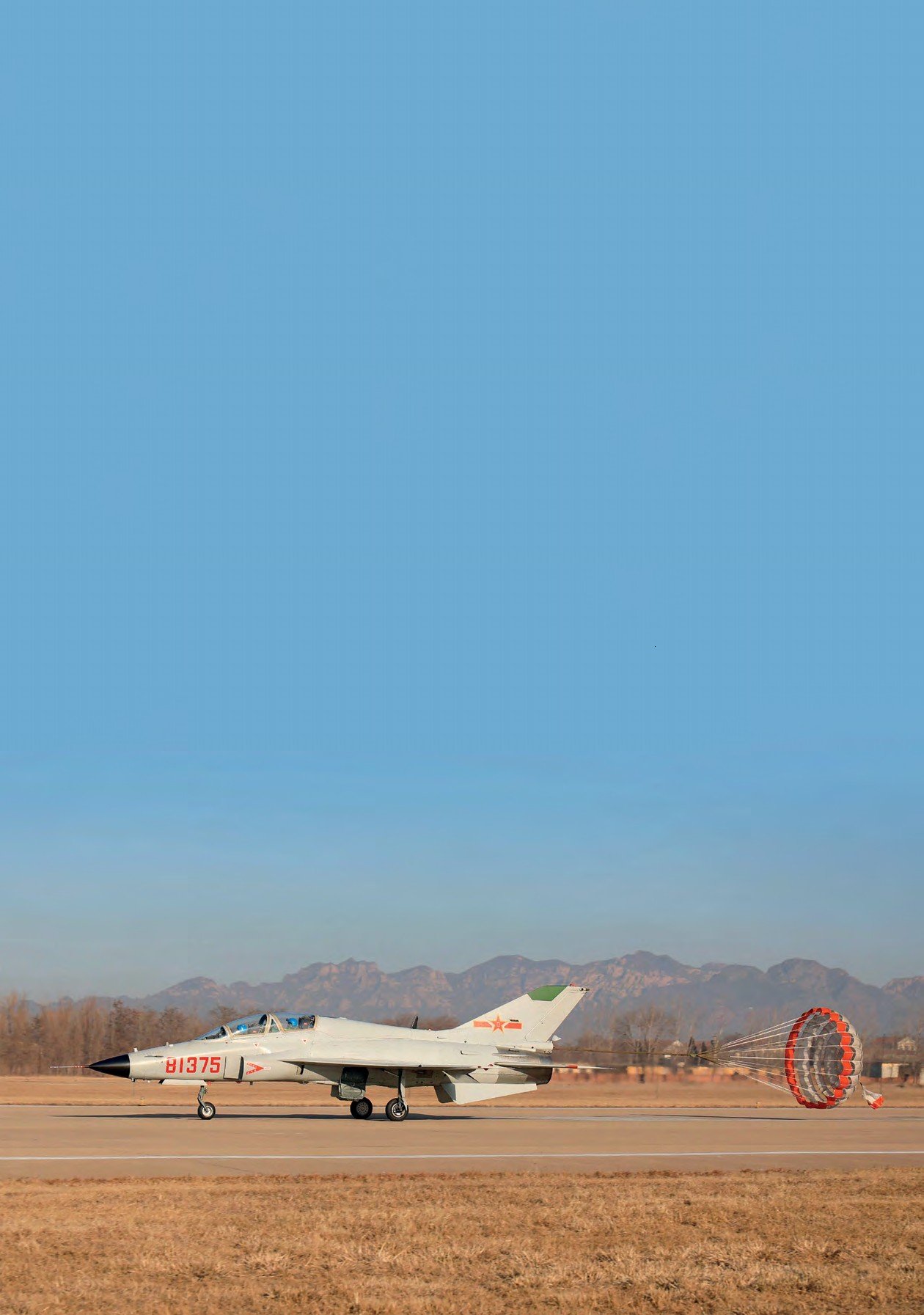 The 1st Training Regiment based at Jiyuan, the former Naval Aviation Training Base, was the first unit to operate the JL-9H in 2011 as an advanced jet trainer. CDF Forum

Former Russian Navy aircraft carrier Varyag was officially handed over to the PLAN on September 25, 2012 and renamed Liaoning. The carrier is currently used mostly for training. Top.81 Forum

The J-15 is based on Russian Naval Aviation’s Su-33 using the same structural configuration and flight control system, but most of its systems are domestically produced. The radar and weapon systems were originally developed for the J-11B. Two, of the 24 aircraft built, were lost. SDF Forum

While much can be achieved by implementing a more modern training system and streamlining, especially with the use of simulators, the biggest weakness in the PLAN’s system is a lack of adequate training aircraft both in numbers and capabilities. Equally problematic is the number of different types used to train pilots.

The vintage CJ-6 is at best suitable for screening and basic flight training, and the JL-8H remains a good functional basic jet trainer, but still lacks a digital cockpit. However, lack of a digital cockpit leaves a gap to all of the types flown by students thereafter; the same is true for the JL-8H advanced jet trainer. The situation will in part be rectified with the introduction of the JL-10H, but this is a high-performance aircraft. Consequently, a modern trainer used for screening and/or an advanced turboprop trainer with a digital cockpit is required to replace the CJ-6 and JL-8H and give students continuity in preparing to fly frontline combat types.

Lack of a true carrier-capable trainer is another significant issue for the PLAN, made more challenging while the few valuable J-15 carriercapable fighters have to be used for all advanced training, including the higher risk carrier flight deck training. Once the J-15S dedicated trainer variant was planned, but the plan seems to be either delayed or abandoned in favour of a new carriercapable trainer, which remains several years away.

Given its current issues and challenges, Naval Aviation leadership has recognised that the current training syllabus is no longer adequate and needs reform. Leadership also recognises the need for modern types, especially since PLAN is adapting to operational procedures used by the United States. 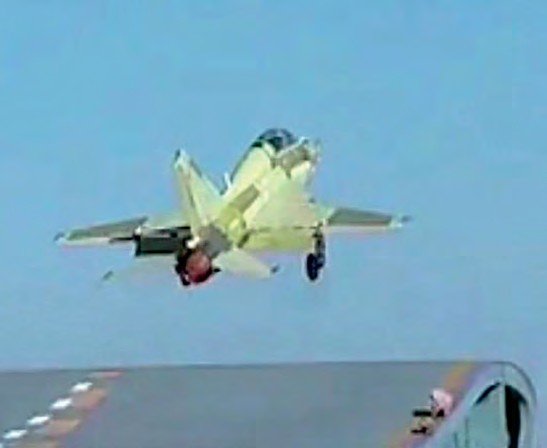 Since the JL-9G can only simulate launching from the carrier’s ski-jump and cannot practice arrested landings, the type is expected to be replaced by a new carrier-capable trainer in the future. Top.81 Forum