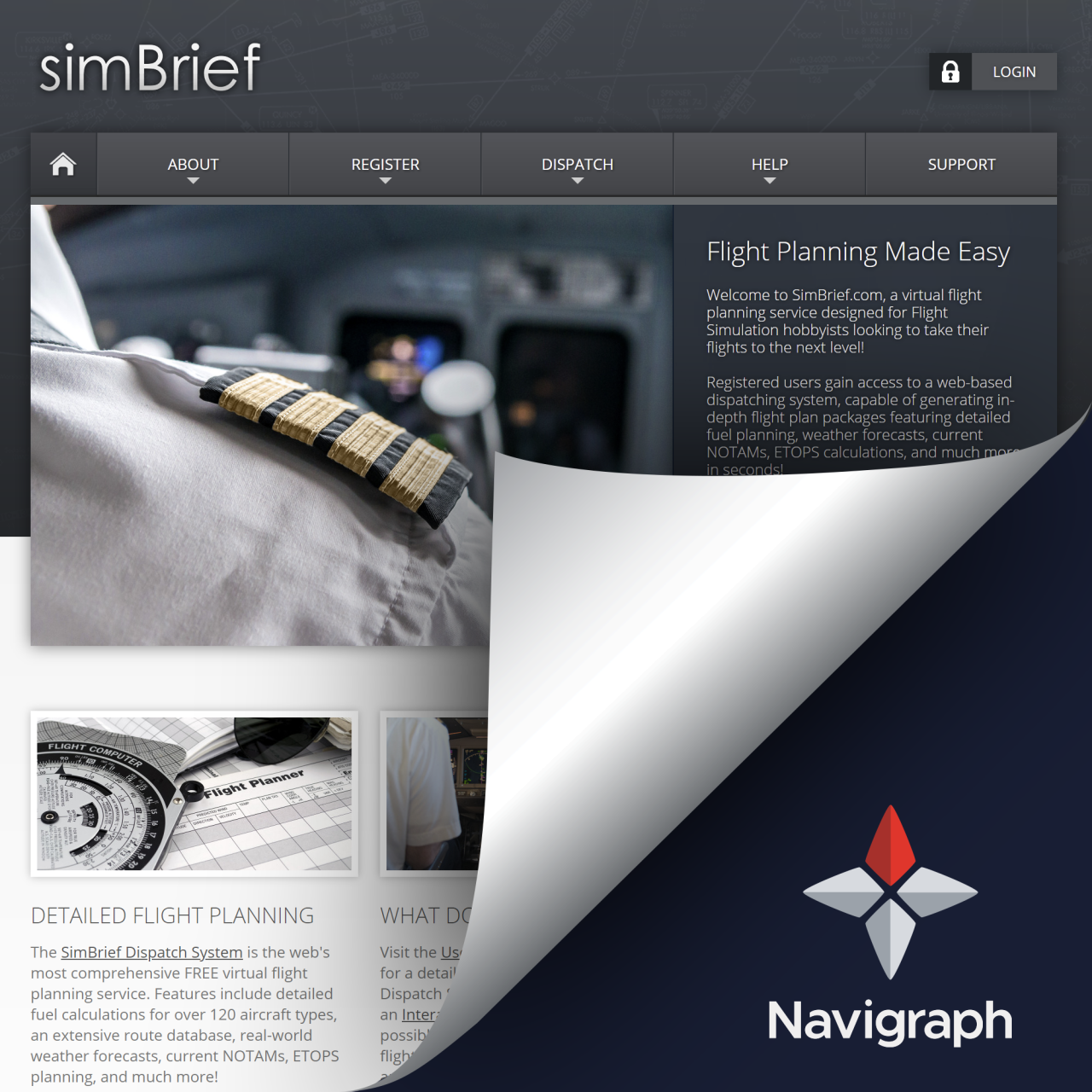 The acquisition is a natural progression of the already close collaboration between Navigraph and SimBrief. It builds on the integration between the two platforms existing since 2013 and provides the ability to do flight planning using up to date navigational data.

SimBrief's flight planning functionality will continue to be free. Users who want to use the most current navigational data can subscribe to Navigraph and unlock the AIRAC cycles in SimBrief, as before.

Magnus Axholt, CEO and co-founder of Navigraph said: "SimBrief founder Derek has done an outstanding job creating a flight planning service which the flight simulation community loves." "We plan to integrate SimBrief and Navigraph even further and enable additional functionality to SimBrief using the data and resources Navigraph has available."

"Derek will play a key role as we develop some of the features in the next generation Navigraph Charts product. With the powerful combination of his real-world aviation background and software development experience, Derek is a very welcome member of our skilled and multi-disciplinary Navigraph Development Team.

"We shall make SimBrief's flight planning functionality even more accessible to developers in the community by structuring the SimBrief API together with Navigraph APIs in the upcoming Navigraph Developer Portal." Magnus concluded.

SimBrief's founder, Derek Mayer continued: "Navigraph has been a strong SimBrief supporter from the very beginning. I have always enjoyed working with them to improve the integration between the two services. This very much feels like a natural progression, and I am excited to be a part of the team going forward."

He goes on to say, "I'm confident that Navigraph's resources and experienced development team will not only help ensure that SimBrief remains available to the community for years to come, but also make for some exciting new features and improvements that wouldn't otherwise be possible."

"I have been both humbled and incredibly grateful for the support the community has shown me since I launched SimBrief nearly eight years ago, and I'm looking forward to this next chapter in SimBrief's development." says Derek in closing.

SimBrief will continue to operate under the name SimBrief, but with the tag line "by Navigraph".