Following a year of development and two months of beta testing, Navigraph has finally announced the release of Navigraph Charts, a program which gives flight simulator enthusiasts access to Jeppesen charts for 6,820 airports around the world. This is the most comprehensive charts coverage available. 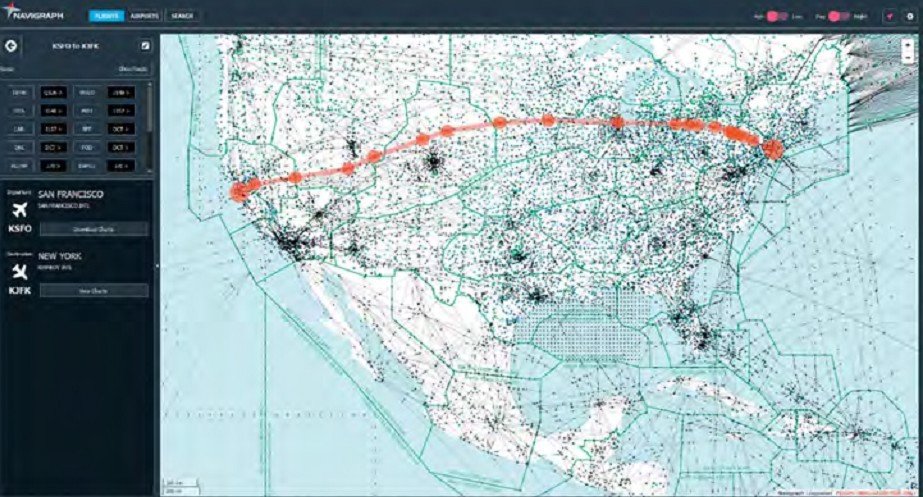 The new version of Navigraph Charts, for Windows, Mac, Android, iPad and web browsers, gives access to worldwide coverage of Jeppesen charts and features many new functions, most notably a moving map. In addition to a more contemporary and intuitive user interface, the new version of Charts has been improved with the following features:

With the change to Jeppesen as data provider, Navigraph has dramatically increased the coverage of the Charts software. Furthermore, the use of Jeppesen charts has enabled technical advancements such as day and night mode (a colour scheme adapted to simulator environments with low ambient light) and moving maps (plotting ownship position on geo-referenced maps). The moving maps function is made possible with a companion software called Navigraph Simlink, which reports the aircraft position from the simulator (FSX, Prepar3D, or X-Plane) to the Charts software. The Charts software also features various ways to organise the maps.

Navigraph now also uses the Jeppesen navdata to render dynamic and fully searchable enroute charts. Users can search by text or by clicking objects on the chart. Changes between revisions in the navdata are automatically reflected in the enroute charts. The same navdata is also used to parse the 120 different add-on formats offered every cycle. A single data source ensures all services are in sync.

To make Navigraph Charts as fast, responsive and redundant as possible, the software uses multiple servers around the world, similar to the decentralised server structure already in place for navdata distribution.

More information on the features can be found on the Navigraph website: www.navigraph.com/ChartsFeatures.aspx

Navigraph Charts is available as a subscription for 62.90 EUR (£55 approx)/ year excluding VAT. Users can also purchase a subscription which also includes access to Jeppesen navdata for 74.90 EUR (£66 approx)/year, or 8.30 EUR (£7 approx)/month, excluding VAT. The subscription can be purchased on the Navigraph website, www.navigraph.com. Charts also has a demo mode for registered users. The monthly subscription has no binding period.