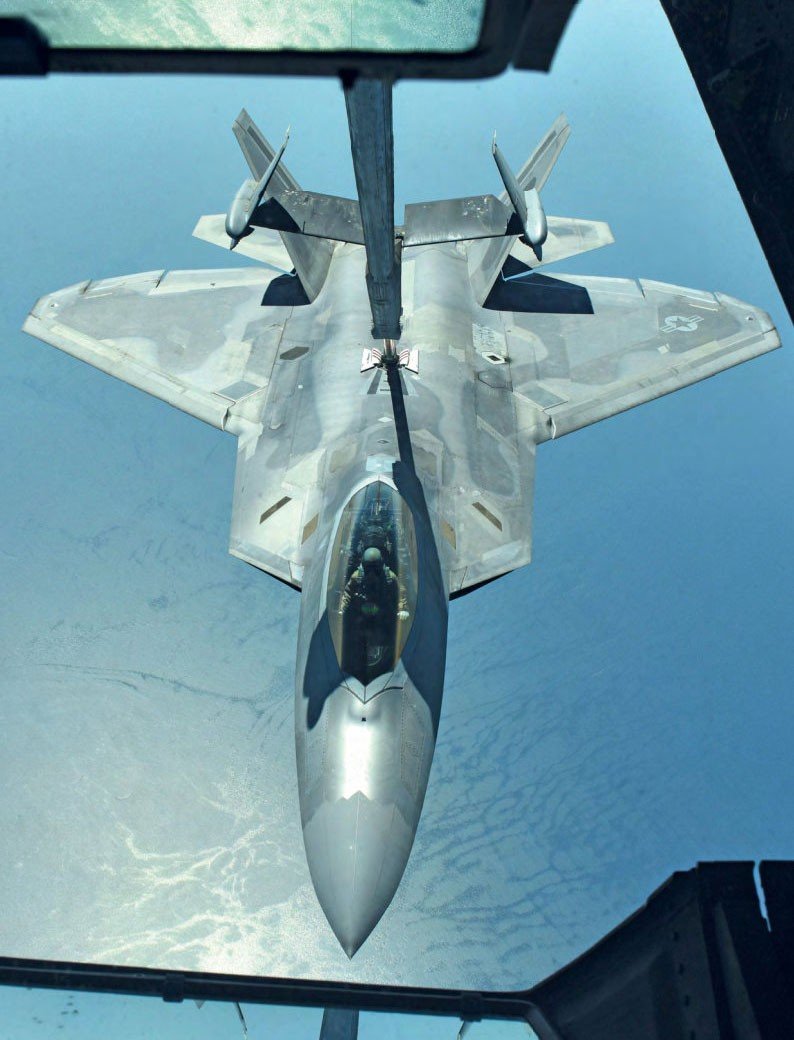 One of the more expensive military aircraft projects, the USAF’s ‘silver bullet’ F-22A saw its manufacture trimmed to just 187 operational production aircraft due to budget concerns and perceived lack of highend threat. Here, Lt Gen Jeffrey L Harrigian, commander of US Air Forces Central Command, refuels his Raptor from a KC-10 over the Persian Gulf in 2017. USAF/Staff Sgt Marjorie A Bowlden

”We still see attempts to espouse the value (and relatively low cost) of less-capable platforms, conveniently forgetting that in peer or near-peer scenarios these platforms are obsolete at best”