EasyJet’s agreement with CAE culminates with the opening of a state-of-the art facility at London Gatwick. Louise Jones was at the launch for Airliner World. 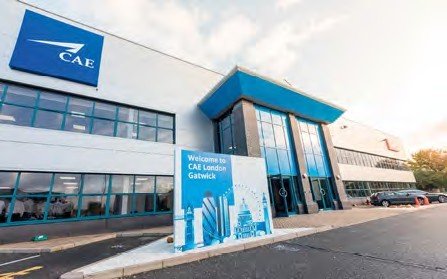 Following an announcement in November 2018 that easyJet had signed a long-term agreement with CAE valued at more than C$170m (£103.44m), the global training provider inaugurated its brand new pilot and cabin crew education centre at Gatwick on October 1. This significant investment also included opening a new facility in Manchester, expansion to its Barcelona base and the recent opening of its Milan site on October 10. The increased capacity will support the ten-year exclusive pilot training agreement between CAE and easyJet, in addition to the growing needs of other airlines in Europe. CAE also has partnerships with various carriers, including Virgin Atlantic, BA CityFlyer, Norwegian, TUI Airways, LOT Polish Airlines, and SAS Ireland.

The Gatwick facility is close to CAE’s existing site at the West Sussex hub, and the company has three other locations in the UK – at Burgess Hill, Manchester and Oxford. CAE has 59 civil aviation education centres and flight academies worldwide.

Marc Parent, CAE’s president and CEO opened the new Gatwick location, alongside easyJet’s interim head of operations, David Morgan. Local and national government representatives, including Sarah Fountain Smith – who is the deputy high commissioner for Canada in the UK – attended the ceremony. Georgina Thomas-Watson – recipient of the CAE Women in Flight scholarship for the Generation easyJet programme – and current CAE cadets were also present.

Parent said: “We thank our partners for their continued trust, and we look forward to welcoming their pilots at our state-of-the-art facilities.”

The new CAE London Gatwick centre is unique in offering both cabin crew and pilot tutelage under one roof, and is currently equipped with seven new CAE 7000XR Series full-flight simulators, including examples for the Airbus A320 Family, Airbus A350 and Airbus A330 platforms. By the end of 2020, following relocation of five units from CAE’s current Gatwick centre (including two A320, one Boeing 757/767, 737NG, and one Embraer E190) and the addition of a new 787 Dreamliner device, it will offer instruction on 13 full-flight simulators.

This December, easyJet becomes the first airline to train its pilots on CAE’s latest fixed base flight training device, the CAE 600XR. The device, reproducing the Airbus A320, will be equipped with a CAE Tropos 6000XR collimated visual system.

The impressive scale of the centre gives it the capacity to train close to 13,000 pilots per year and approximately 500 aviation professionals each day.

With the ever-increasing demand for pilots, CAE is a key player in maintaining and growing a strong pipeline of pilots across the world. Last year, for the first time in the company’s history, it delivered one million hours of civil aviation training. (Photos CAE) 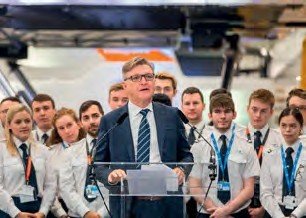 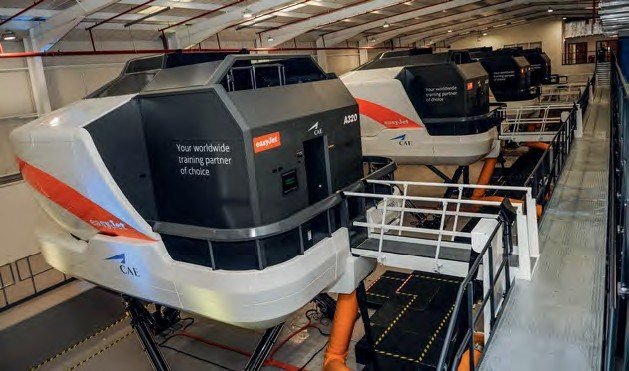