Orbx has announced Rijeka International Airport in Croatia is in development. 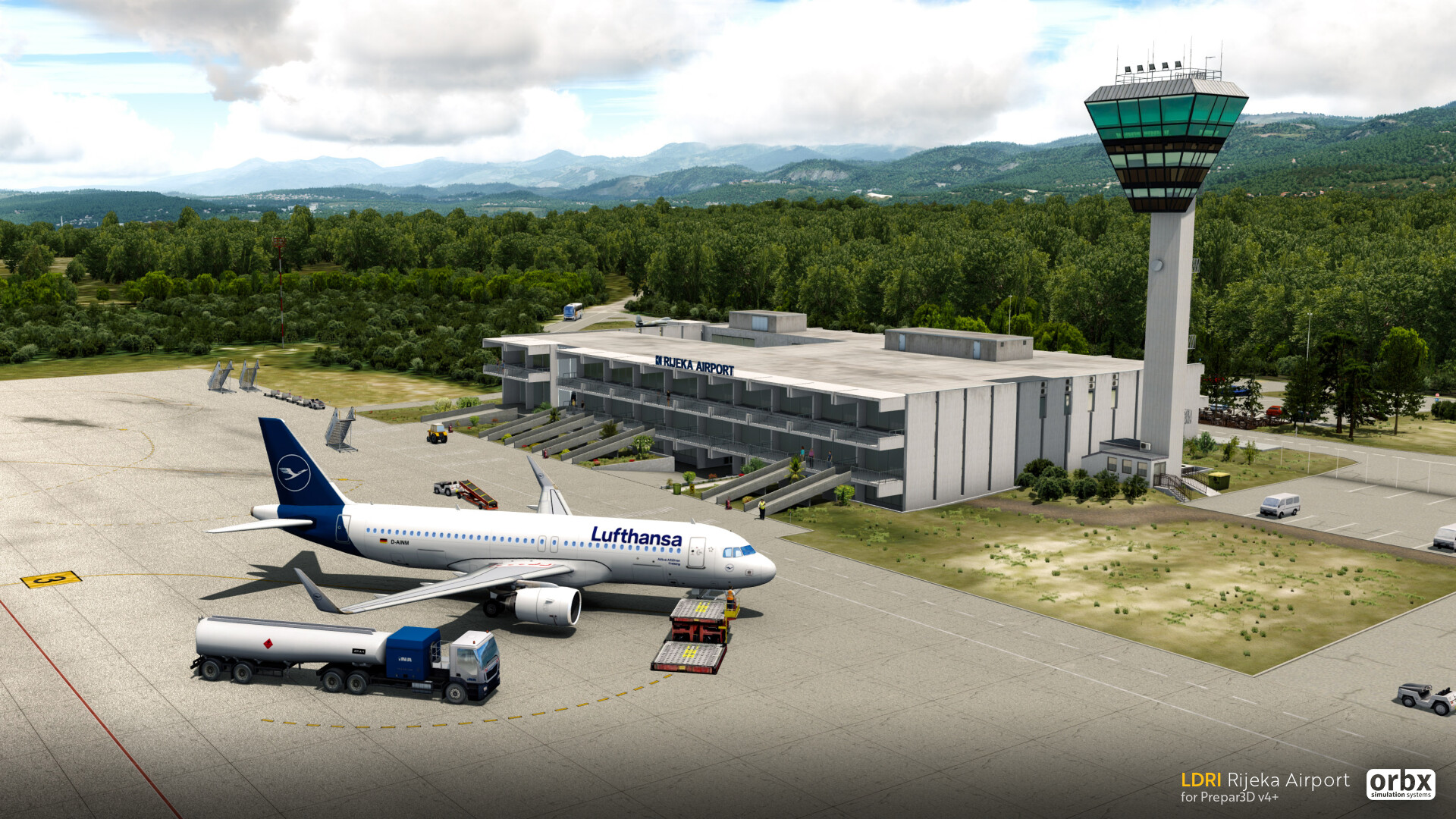 Rijeka is situated along the stunning Croatian coastline and caters primarily to the leisure market. It is served by low-cost and legacy airlines to destinations across Europe, the UK and Israel. While regular visitors include Airbus A320s, Boeing 737s, E-Jets, L-410s and 757s, it is also host to corporate traffic, along with the occasional 747 and MD-11 cargo flights. A Croatian Air Force Mi-17 (which has been modelled) is based at Rijeka and remnants of the old military base can be found at the northern end of the field.

Perhaps the most well-known feature of the airport is its striking Brutalist architecture; both the terminal and tower have been faithfully reproduced in this imposing style.

Designed for Prepar3D v4 and v5, the package features custom details, as well as a few Easter eggs. Almost all static aircraft, ground service equipment and landside vehicles are created exclusively for this project. Subtle elevation changes around the terminal and tower are modelled as 3D elements. Other highlights include ground polygons, custom environment maps and PBR texturing, with a careful balance between detail and performance.

Beyond the airport, the coverage area encompasses sections of Krk Island, Rijeka and surroundings with beautiful beaches, the port at Bakar and Kraljevica, and the front ranges of the Dinaric Alps. Dozens of custom landmarks have been included, from the famous Krk Bridge (the third-longest concrete arch in the world) to the Urinj and Omišalj oil facilities, and many more. Hand-placed autogen and colour-balanced ground imagery ensure a seamless blend with the surrounding terrain, perfectly capturing the rugged feel of this part of Croatia. Misha Cajic has also lent his expert hand to the project; the extended coverage zone improves the elevation mesh, coastline, roads and landclass to ensure complete compatibility with Global Vector and openLC Europe. 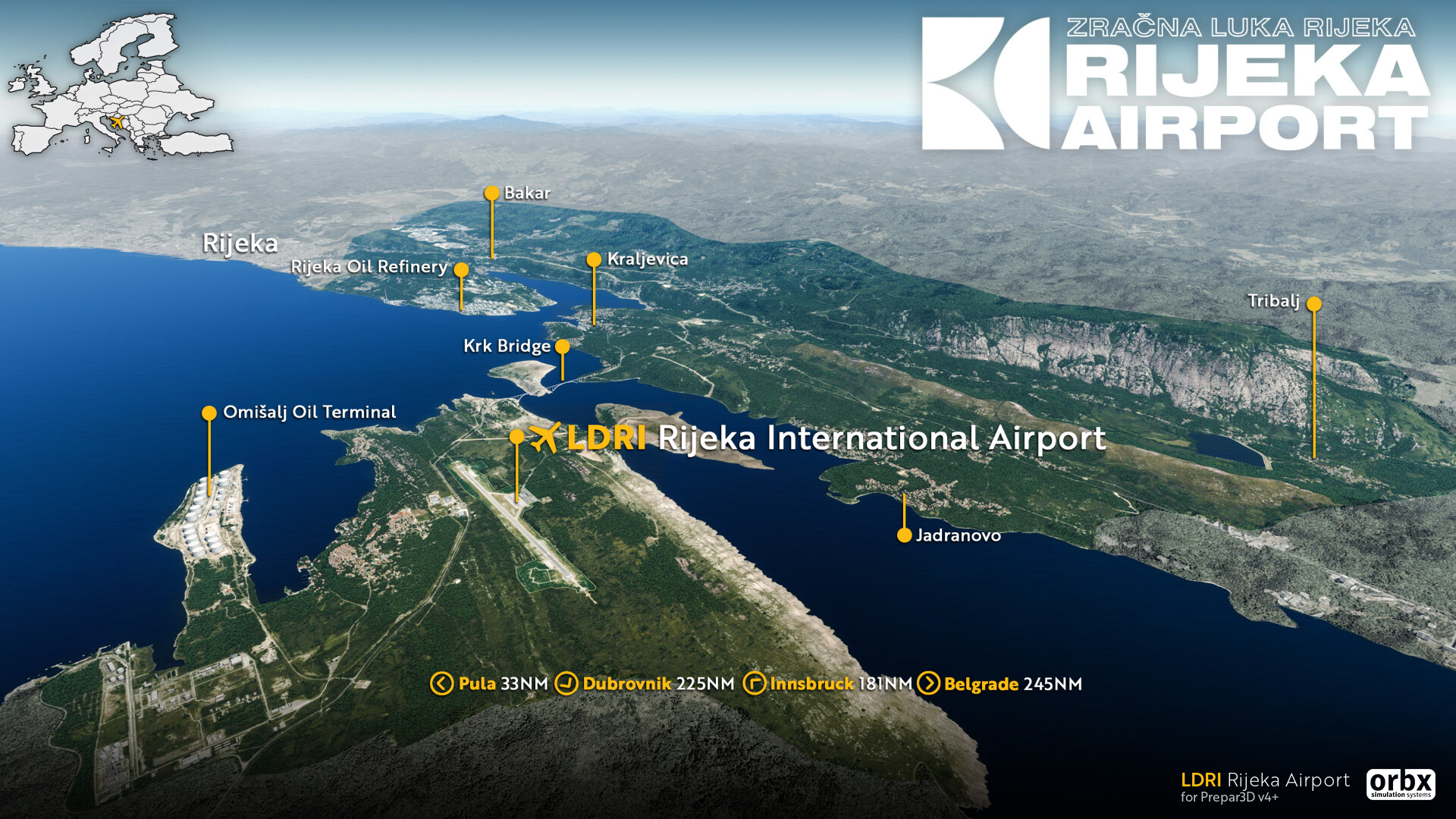 No release date has yet been announced but according to Orbx, it is due imminently.