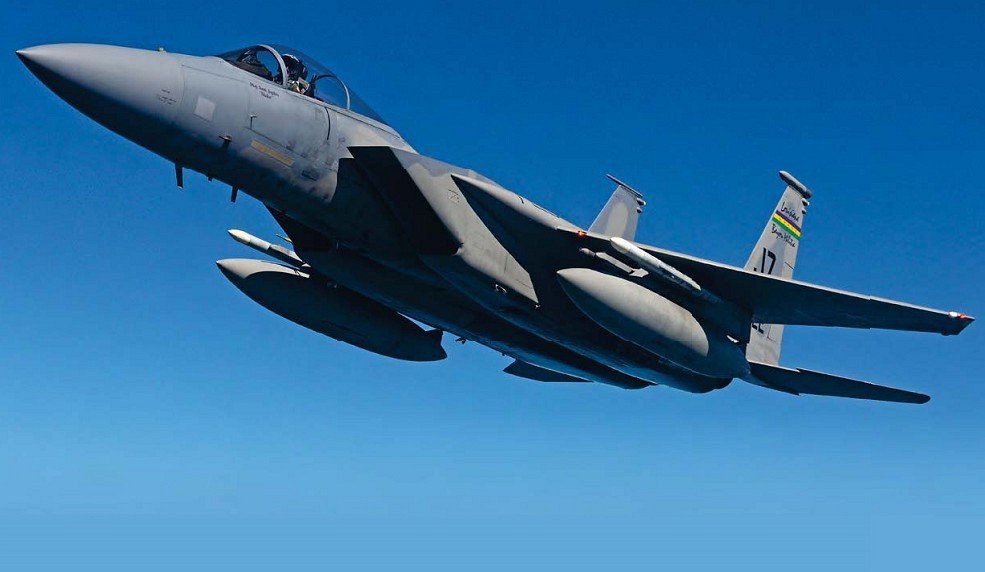 Older Air National Guard F-15Cs and Ds will likely be retired as the three activeduty units pass their best airframes to the homeland defenders.
Jamie Hunter

THE USAF IS reportedly planning to request funds to purchase Boeing F-15X Eagle fighters as part of its Fiscal Year 2020 budget submission. According to the Air Force Chief of Staff Gen Dave Goldfein, replacing the service’s F-15C fighters with the F-15X or another fourth-generation fighter is important to the service’s expansion plans. Late in 2018 the USAF revealed an aspiration to increase its structure to 386 operational squadrons, with the rate of expansion required reportedly not even met by accelerated F-35A procurement. This is linked to meeting the new National Defense Strategy, and increased F-35 purchase rates are considered unable to meet the USAF’s time-critical demand for expansion.