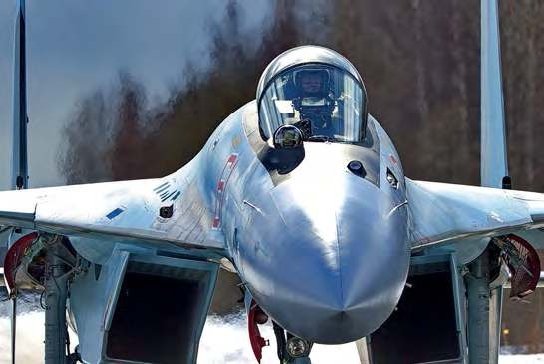 A SIGNIFICANT proportion of the active Tu-22M3 Backire-C leet in the Russian Air and Space Force Long-Range Aviation Command, built in the second half of the 1980s and the early 1990s, is slated for a major upgrade to render the aircraft able to remain in service until the late 2030s. The efort, however, is still lagging behind the original schedule by about a year; roll-out of the prototype Tu-22M3M at Tupolev’s KAZ plant in Kazan was reported last August and its maiden light took place on December 28.

The upgrade contract was signed between Tupolev and the Russian MoD back in 2016 and covers bringing four aircraft up to Tu- 22M3M standard for use in the test and evaluation.

Features of the Tu-22M3M include all-new mission avionics and electronic warfare suites, systems that have high commonality with the new package foreseen for integration on the upgraded Tu-160M and the newly built Tu-160M2 Blackjack.

According to Tupolev, 80% of the Tu-22M3M’s avionics are new, including the navigation, communication, electronic warfare and targeting suites, as well as the engine and fuel management systems.

There are hints that the highly upgraded Backfire-C will be powered by the Tu-160M2’s NK- 32-02 engines, which would extend the Tu-22M3M’s range up to 5,400 nautical miles (10,000km), but NK-32-02 engines were not fitted on the first prototype. Another unconfirmed hint implies the upgraded Backfire-C will also receive an in-flight refuelling probe to further increase range.

Service life of the upgraded Backfire-C is set to be extended to 45 or even 50 years according to Alexander Konyukhov, Director General of Tupolev. Its arsenal will be enhanced with new air-launched cruise missiles, guided and unguided bombs, and is likely to include the Kh-47M2 Kinzhal hypersonic air-tosurface missile. Originally developed for the MiG-31, the Kh-47M2 is primarily designed for the antishipping role.

Comprehensive testing is expected to take no less than three years, while aircraft upgrade production is slated to proceed in parallel with the flight-test programme. This approach is set to result in the first Tu-22M3M deliveries to the LRAC’s front-line units by about 2022.

As many as 30 Backfire-Cs areplanned to be eventually cycled through the Tu-22M3M upgrade, but these would be covered by a future new contract.

Russia’s United Aircraft Corporation, the umbrella holding company controlling the fixed-wing aircraft design bureaus and manufacturing plants, announced that the 100th Su-35 fighter has been produced. A milestone for the Su-35, the event was celebrated during a December 11, 2018, handover ceremony for the final batch of Su-35s built last year for the Russian Air and Space Force (RuASF); four Su-35s were present at the event.

The Su-35 is the most modern multi-role derivative of the Su-27 Flanker family, boasting thrustvectoring engines and muchrefined aerodynamics, and an allnew avionics suite. The type has the capability to deliver a large arsenal of air-to-air and air-to-ground guided weapons. 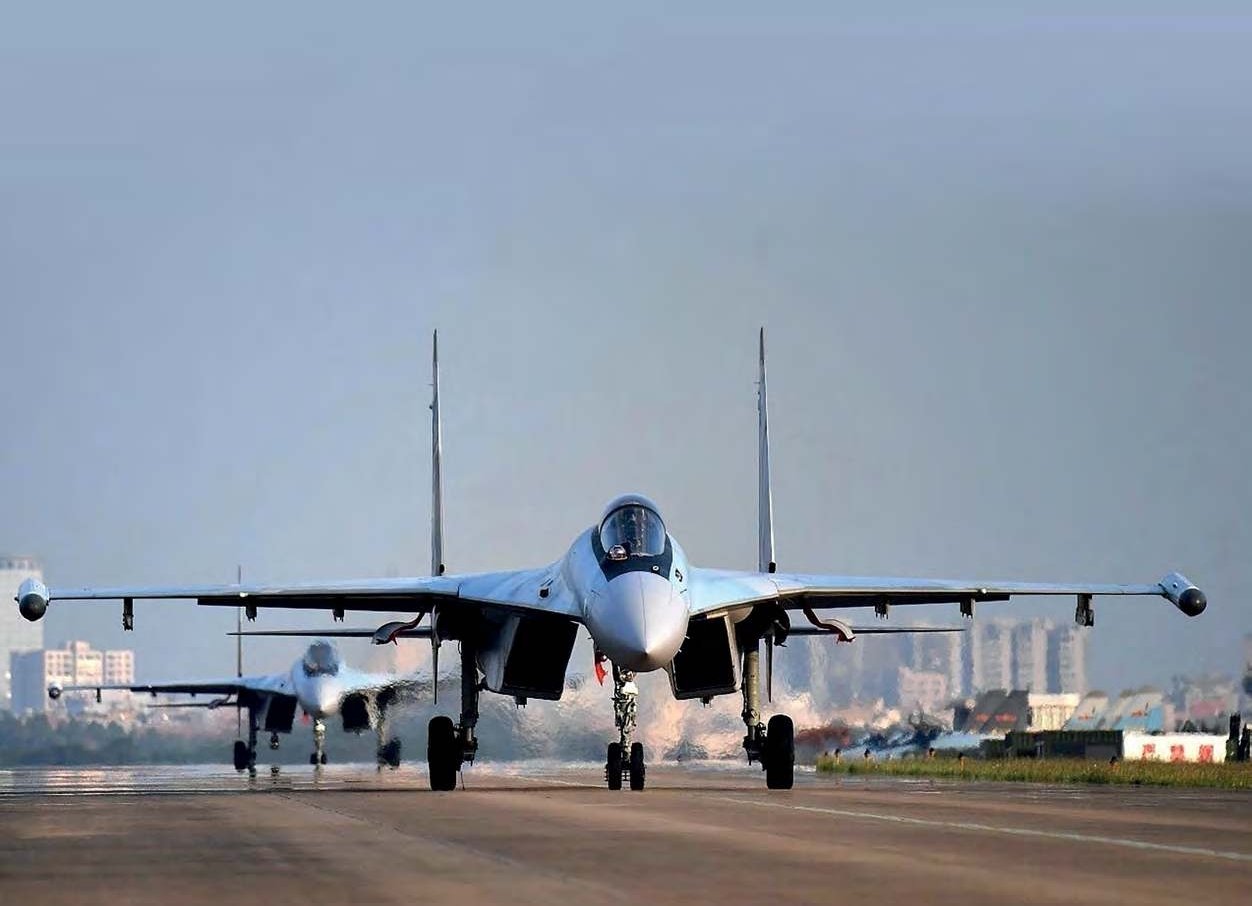 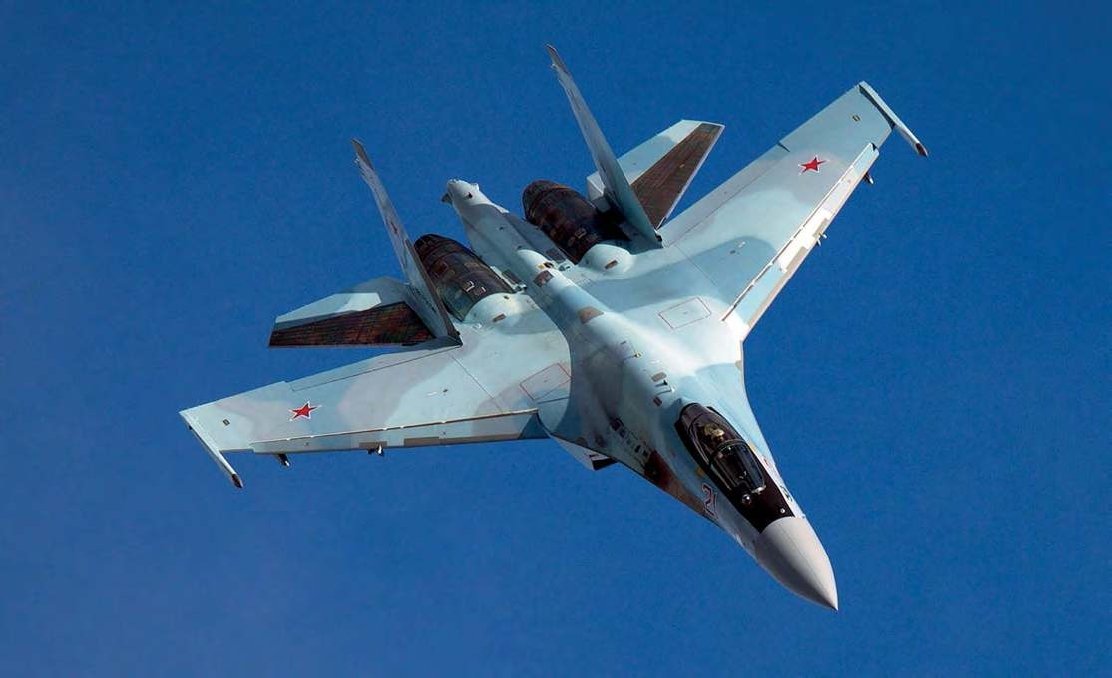 Initially developed for export customers only, as a privately funded venture by Sukhoi, the Russian MoD ordered 48 Su-35s under a development and production contract signed in August 2009.

According to Russia’s Centre for Analysis of Strategies and Technologies, an independent defence think tank, the Su-35 export contract between Russia and China is valued at about $2.5 billion. Chinese Su-35s feature an export-standard downgraded radar, new identiication friend or foe, electronic warfare and communications suites in addition to a newly integrated receiver for China’s BeiDou satellite navigation system. The last Chinese Su-35s were delivered in November 2018.

In February 2018, Russia and Indonesia signed a contract for 11 Su-35s, priced at $1.14 billion, a proportion of which is set to be paid by the means of barter deliveries of Indonesian-made consumer goods and raw materials to Russia. First deliveries are expected in August 2019 provided all conditions for the payment are satisied.

The Russian MoD announced deliveries of Su-27SM3 Flankers, contracted for 2018 were complete.

The Flanker upgrade and life-extension work has been undertaken by Sukhoi’s KnAAZ aircraft plant at Komsomolsk-on- Amur in Russia’s Far East under a multi-year contract covering 36 Su-27s.

Built in the late 1980s, the aircraft’s service life after the upgrade, combined with a structural overhaul was increased by 2,000 light hours.

A contract between the Russian MoD and Sukhoi for the upgrade was signed in mid-2015, but its execution has proven to be a rather protracted efort. The irst four aircraft were not handed over to the RuASF before December 2017. Those aircraft were delivered to the Krymsk-based 3rd SAP, a composite air regiment on the Black Sea coast with two assigned squadrons each equipped with a mixture of new Su-27SM3s, upgraded Su-27SM3s and nonupgraded Su-27Ps.

According to the Centre of Analysis of Strategies and Technologies, the future of the Su- 27SM3 upgrade at KnAAZ is unclear. There is a high probability the contract had been terminated at the mutual convenience of both parties after the last examples from the 2018 programme were delivered, thereby limiting the contract’s scope to ten aircraft only. 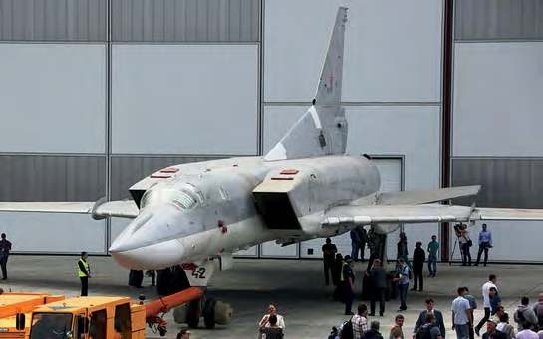 This is the Tu-22M3M prototype shown at its roll-out ceremony at the KAZ plant in Kazan last August.
United Aircraft Corporation 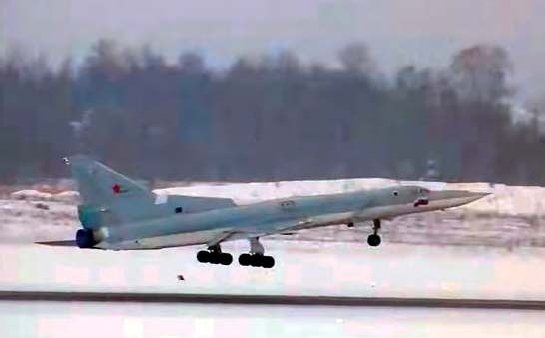