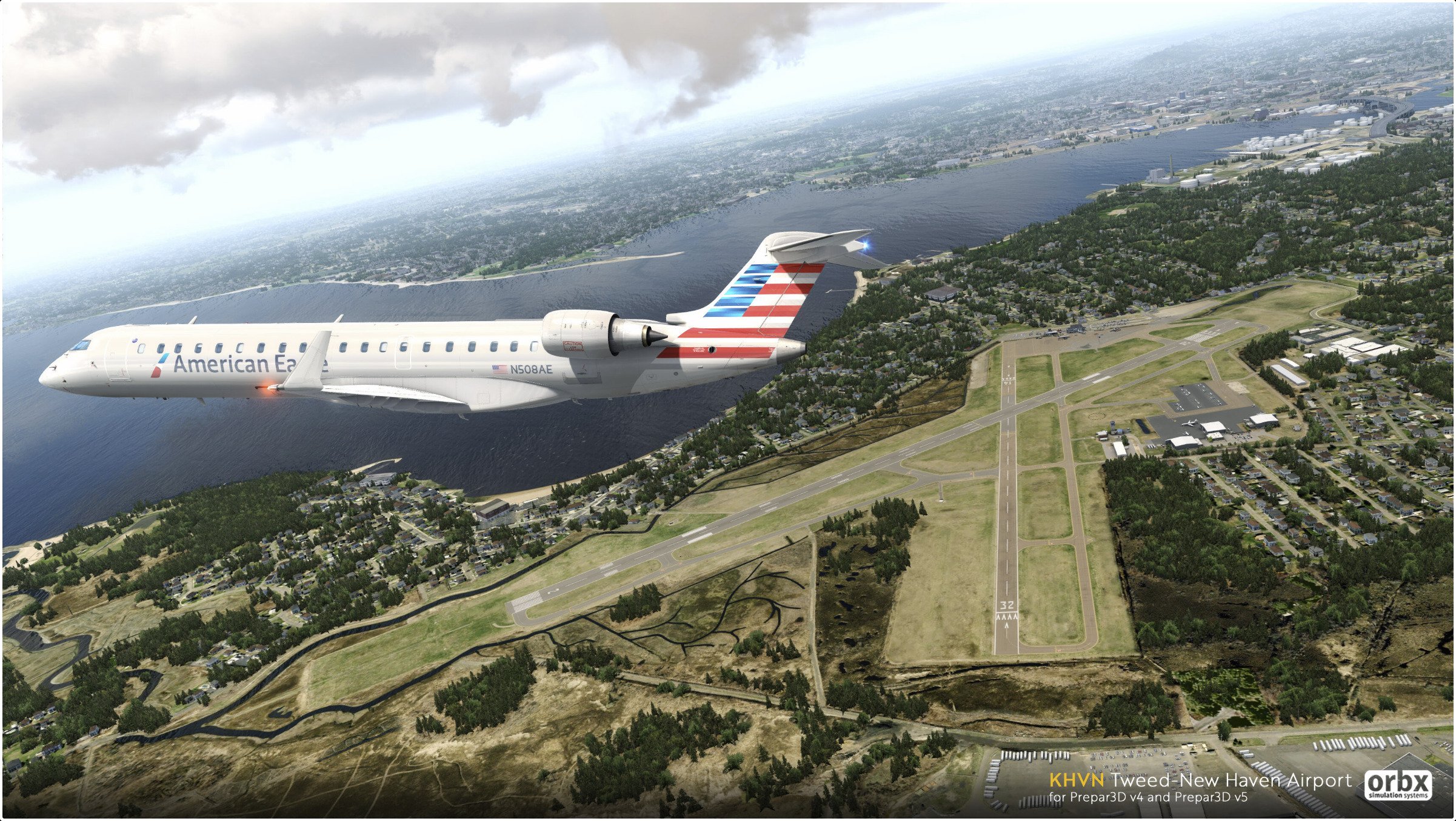 Developed by Jordan Gough, the package depicts the airport, New Haven City and the surrounding approaches in detail. It supports seasonal variations and uses advanced rendering techniques, dynamic lighting, Objectflow and animated SODE jetways. Given the variety of flying activity at the airport, every effort has been made to ensure compatibility with a variety of terrain add-ons such as Global Base and openLC North America. 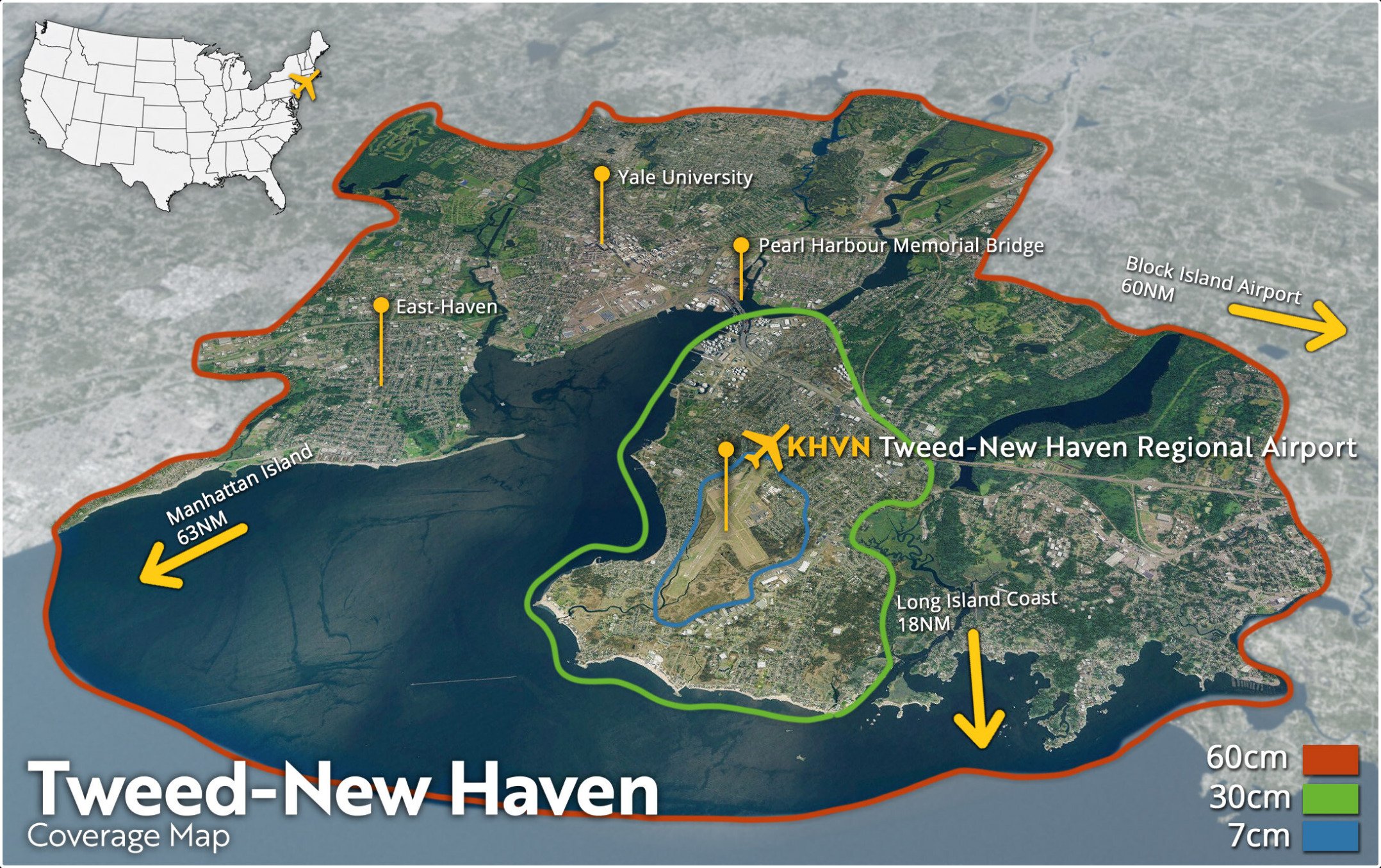 The Real Airport
Located midway between New York and Boston in New England, Tweed-New Haven is a major regional airport serving Connecticut.  Alongside scheduled jet services to Philadelphia and Charlotte, it is also home to seasonal RPT (Regular Public Transport) flights with Southern Airways Express to Nantucket Island and regularly handles aircraft as large as the Boeing 737-800 and 757-200. In addition to scheduled services, the airport is perfectly situated for short hops to New York City and Boston as well as being a popular destination for the GA flyers.