Plans for turboprop airliners in South Africa, China and Turkey

Several manufacturers around the world are planning to enter the turboprop airliner market. Denel in South Africa is working on the Small African Regional Aircraft (SARA). In China, the Xi’an Aircraft Industry Corporation is developing the MA700, while a newcomer from Turkey, TRJet, is working on the TRP328.

What started out as a paper project is set to become reality for Denel, which aims to have the first example of SARA ready in the next two to three years, after a feasibility study indicated the aircraft could find a good market share.

In 2016, Denel completed a full-scale marine plywood and fibreglass mock-up of the fuselage of the twin turboprop aircraft as part of the research and development (R&D) phase, and unveiled it in September that year at the Africa Aerospace and Defence expo. It was built at Denel’s Kempton Park facilities and funded by Denel and South Africa’s Technology and Human Resources for Industry Programme run by the Department of Trade and Industry and the National Research Foundation. SARA is now a national flagship project that is moving forward, with Denel seeking development partners to take it into production.

SARA started out in mid-2012 as a way to develop aerospace skills in South Africa. With some of its own engineers, Denel Aerostructures and Denel Aviation (now merged into one company) approached North West University, Nelson Mandela Metropolitan University, Rhodes University and the University of Pretoria to take part in the R&D of new-generation aircraft. Engineering students at these universities became part of a research team tasked with designing an unmanned helicopter (Prowler) and a manned aircraft (SARA).

Although this started out as a paper exercise to give student engineers experience, Denel recognised potential in actually building the aircraft and as a result commissioned Lufthansa Consulting to carry out a feasibility study. This was completed in late 2015 and showed that SARA is viable enough to be put into production. The study, commissioned by Denel, the Department of Public Enterprises, Department of Trade and Industry and Joint Aerospace Steering Committee, found there is a market and a business case for such an aircraft and that it has the potential to contribute to South Africa’s aviation industry: 2,000 jobs could be sustained by the programme. The study estimates demand for 1,500 similar aircraft globally over the next decade and sees SARA being the most economical in its class. The breakeven production point would be 360 aircraft.

After the study, Denel began drawing up a business plan and project plan. It is seeking international partners, as funding it entirely in-house will be prohibitively expensive. Although looking for international companies and investors to come on board, Denel is also pursuing partnerships with other state owned entities that operate aircraft – South African Express, SA Airlink, South African Airways and Mango Airlines could be some of those potentially interested in it.

Three different configurations are being considered: full passenger (maximum of 24 passengers), combi (12 seats and one LD2 container) and full cargo (three LD2 containers). The aircraft will be required to take offand land on short airfields (900m/2,952ft take-off distance) in regional centres that are currently not served by scheduled flights. Guy Martin

An artist’s impression of the MA700, which is now scheduled for its first flight in 2018. Chinese internet

Besides the COMAC ARJ-21 and C919 jet airliners, China’s AVIC has another new design in the making: the MA700 turboprop, which is aimed at the growing regional commuter market.

Even before the MA600 performed its maiden flight in 2008, a modern medium-range successor called the MA7000 for about 70 passengers had already been announced in 2007, with the aircraft bearing a striking resemblance to the ATR 72. In recent years, the MA700’s appearance has evolved into a more indigenous look and its passenger capacity has increased to 70–78. However, the aircraft retains the same overall configuration, featuring a nonswept, tapered wing mounted high on the mid-fuselage and a characteristic T-tail configuration.

The Small African Regional Aircraft is being designed as a point-to-point regional airliner on lowdensity routes, seating 15 to 24 passengers. Denel via Guy Martin

Development by AVIC unit the Xi’an Aircraft Industry Corporation began in 2013. A prototype was planned to be completed by late 2016, with maiden flight scheduled for 2017 and certification for 2019. However, following the latest reports from Airshow China at Zhuhai in 2016, the MA700 is now planned to fly about one year later than previously planned, in 2018, with deliveries postponed to no earlier than 2020. So far there have been 185 orders for the MA700 from 11 customers.

The MA700 will be powered by two Pratt & Whitney Canada (PW&C) PW150C engines, a new powerplant that AVIC expects to give it an advantage in the market. Xi’an Aircraft Industry’s vicepresident Wang Chengkuan has said the MA700 will be the first turboprop to adopt a fly-by-wire flight control system. He is also targeting a western certification for the MA700, which would be a first for a Chinese-made turboprop of this category.

The MA700 is aimed to compete against the ATR 72 and the Bombardier Q400, and is planned to be positioned between both types, with up to 10% lower fuel burn than its competitors and a cruising speed of about 344kts (637km/h). Other released specifications show this type to have a maximum take-ofiweight of 26,500kg (58,422lb) and a maximum range of 1,457 nautical miles (2,700km), although being best suited for ranges within 432 nautical miles (800km). The MA700’s chief designer Dong Jianhong noted the combination of performance and the aircraft’s price will be its major strongpoints against its competitors.

The aircraft will be configured for between 68 and 86 seats and reportedly the first version to be offered will seat 78 passengers. AVIC eventually will also offer a stretched MA700 version with up to 90 seats, and a shortened version with 60 to 68 seats.

Unconfirmed reports on the Chinese internet suggest the MA700 is still in the detail design phase, which was once planned to end in 2016. Even if representatives from AVIC have not disclosed reasons for the delay, business insiders hint that, like the ARJ21, obtaining Western airworthiness certification is probably the key dificulty for that programme.

A validation of the MA700’s airworthiness by either the US Federal Aviation Administration or the European Aviation Safety Agency is the key to the most lucrative markets, since many of these countries insist on a certification by either organisation. Another issue where AVIC want to set a stronger focus is customer support and after-sales service. Andreas Rupprecht 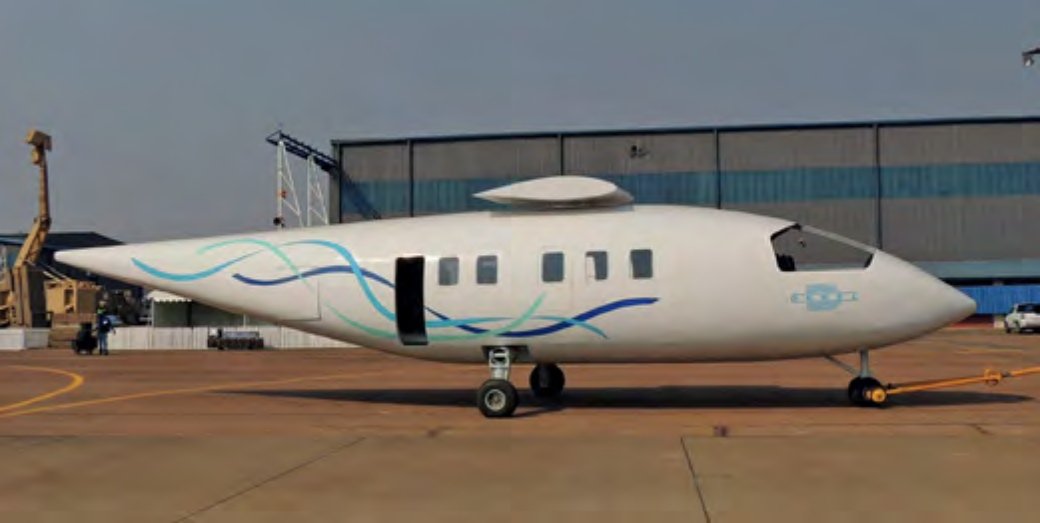 A full-scale marine plywood and fibreglass mock-up of the SARA fuselage was shown at the Africa Aerospace and Defence expo in September 2016. Guy Martin 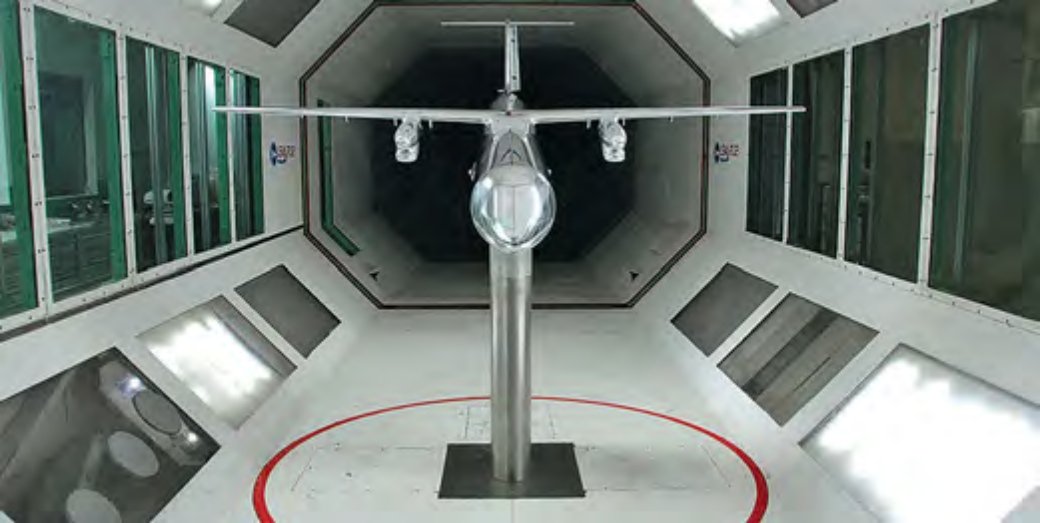 The MA700 was announced in 2007 and development work began in 2013. Chinese internet

In addition to the African and Chinese clean-sheet products, another manufacturer is planning to enter the turboprops market. TRJet based in Ankara, Turkey, is working on the Turkish Regional Aircraft Project to develop modernised versions of the Fairchild Dornier 328 turboprop and the 328JET regional jet in Turkey, as a stepping-stone to Turkey developing its own domestically designed passenger aircraft. TRJet combines the legacy of Sierra Nevada Corporation and 328 Support Services GmbH; the latter company holds the Type Certificates for the legacy 328 turboprop and 328JET.

According to the TRJet website, the TRP328 turboprop will feature a new version of the PW127 turbopro, seat up to 32 passengers and have a cargo bay accommodating 750kg (1,653lb) of cargo. The aircraft will have a maximum cruise speed of 335kts (619km/h) and a typical range of 900 nautical miles (1,670km). Its manufacturer says the aircraft will have a “modern design structure” with 25% composite materials. Other features will include a glass cockpit, a 30,000ft (9,144m) ceiling, a full-height cabin, short take-ofiand landing performance, and a gravel kit option for unpaved runways.

The TRP328 is being developed for regional airline operations, but its makers are also pitching it for special missions, such as search and rescue, maritime patrol, casualty evacuation and cargo. When PW&C was announced as the engine supplier at the Farnborough Air Show in 2016, TRJet said the plan was for the TRP328 to undertake its first flight in the 2019-2020 timeframe. Mark Broadbent