THE NEW Zealand government released its eagerly awaited 2019 Defence Capability Plan on June 11, which, in part, sets out priorities and advises the timetables for major platform acquisition programmes.

Included in the 2019 document is the news that Wellington has selected the Lockheed Martin C-130J-30 Super Hercules as the preferred option to replace its ageing C-130H fleet. Other aircraft acquisition programmes forecast within the purview of the DCP will acquire replacements for the Royal New Zealand Air Force’s (RNZAF) two Boeing 757-2K2C aircraft, Kaman SH-2G(I) Super Seasprite helicopters and the recently-acquired Beech 350i Super King Air trainers.

New Zealand’s Defence Minister Ron Mark noted: “The Defence Capability Plan 2019 comes at a critical point in time, with anticipated decisions likely to shape the Defence Force for the next thirty years or more. The significance of this undertaking is substantial; however, its value to New Zealand, as outlined in this document, is greater than the investment required. To realise that value, this plan maintains the NZD 20 billion in capital investment out to 2030, first signalled in the Defence White Paper 2016. This includes NZD 5.8 billion invested in Defence Capabilities since 2014, with NZD 2.4 billion being committed to the P-8A Poseidon maritime patrol aircraft.”

As outlined in the DCP, Mark announced the selection of the C-130J-30 as the preferred solution for its tactical airlift capability, currently filled by the RNZAF’s fleet of five C-130H, which are now more than 50 years old. Mark said the replacement of the ageing Hercules fleet under the RNZAF’s Future Tactical Airlift Mobility programme was the highest priority of the document.

Mark said: “The C-130H Hercules will be replaced within the next five years, ensuring that this vital capability is maintained for decades to come. The replacement of the C-130H will provide for the full regeneration of existing Royal New Zealand Air Force capabilities. Immediate, highreadiness responses in the Pacific, from humanitarian and disaster relief to potential conflict or security incidents, will require a flexible and versatile tactical airlift capability. For this reason, replacement of the C-130H is the highest priority for this plan.”

Wellington will now seek costing and availability details for the procurement of five C-130J- 30s, which will be purchased via the US Foreign Military Sales process. The DCP calls for an Entry into Service (EIS) in 2023, but AIR International understands that this date may be brought forward, due to the urgent need to replace the C-130H fleet. A formal decision on aircraft numbers or funding, which the DCP estimates will be one billion New Zealand dollars, has not yet been made, but is expected to be considered by Cabinet in 2020.

Ron Mark added: “The current Hercules have served us well since the 1960s, but they have reached the end of the road, and suitable and proven replacement aircraft will need to be sourced. The current fleet is increasing in cost to maintain and is taking longer to put through maintenance. After considering a range of military air transport aircraft carefully, the Hercules has been selected, as it offers the necessary range and payload capability as well as fully meeting NZDF’s requirements.”

The 2019 DCP calls for the replacement of the two Boeing 757s, which are currently in Service with 40 Squadron at RNZAF Base Auckland (Whenuapai), under the Future Strategic Air Mobility programme.

The paper states: “Operations in the Pacific and globally will require an air transport option for the movement of personnel, equipment and stores over long ranges. The eventual withdrawal from service of the current Boeing 757 fleet will allow for the procurement of a strategic airlift capability that meets capability requirements across a range of tasks.”

The timetable calls for a request for tender (RFT) to be released to industry in 2024, with an EIS in 2028. Programme capital expenditure is estimated to be between NZD 300 million and NZD 600 million.

A new aircrew training platform is to be acquired in 2028 to replace the newly-delivered fleet of four King Air 350i aircraft, which are leased from Hawker Pacific. The King Airs are operated by 42 Squadron from RNZAF Base Ohakea. 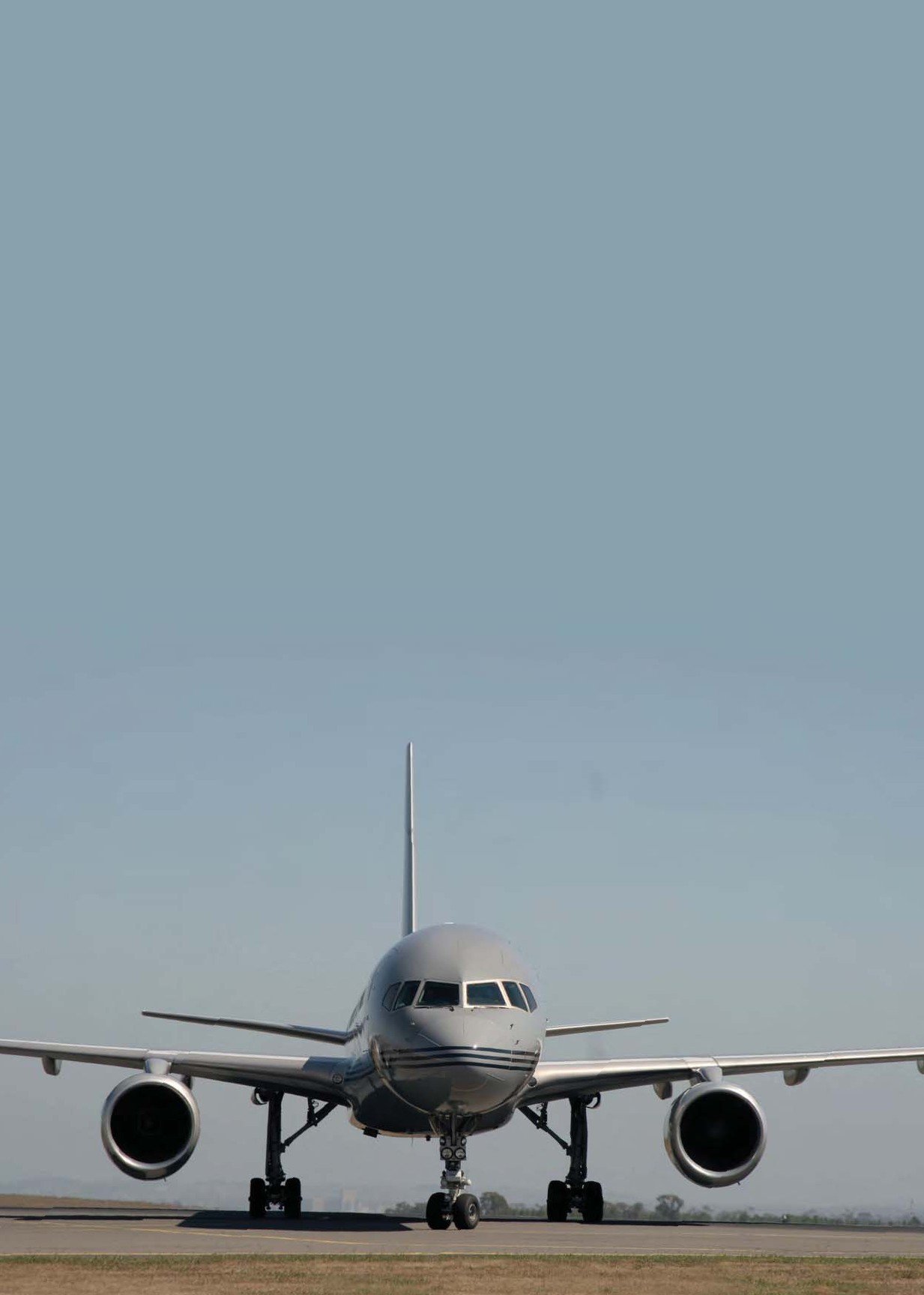 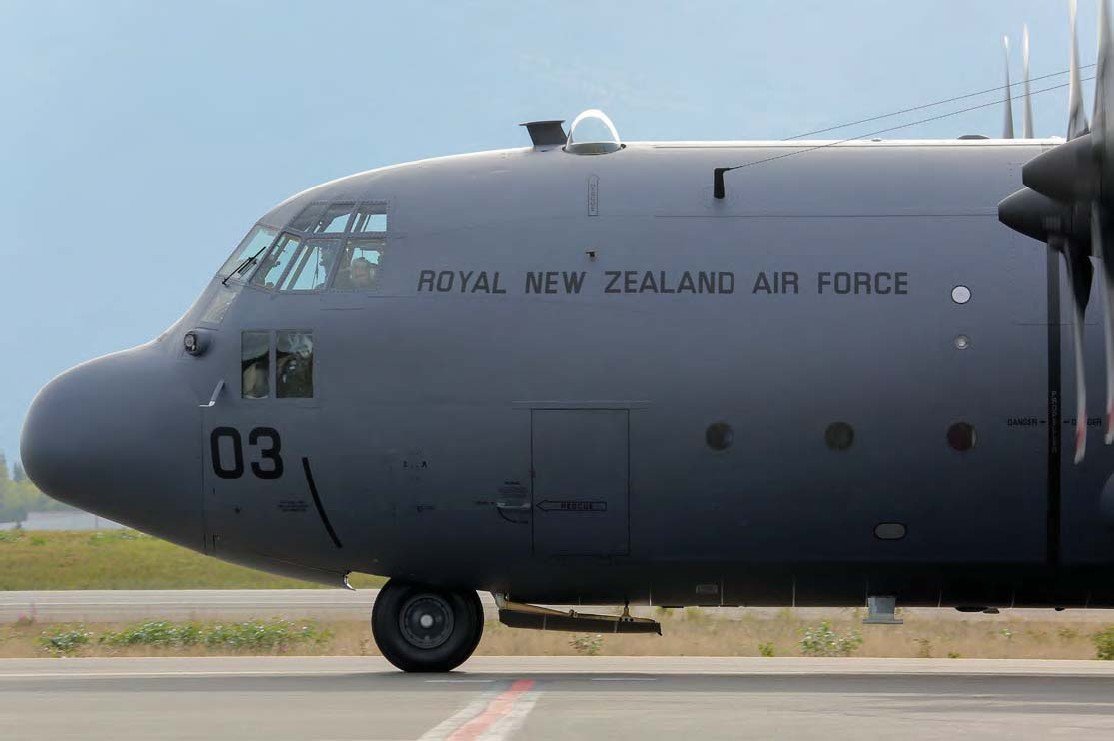 The RNZAF’s eight SH-2G(I) Super Seasprites will reach the end of their service life in the late 2020s, according to the DCP, their replacement, to be acquired under the Maritime Helicopter Replacement programme will cost in excess of NZD 1 billion and the new helicopters are expected to also enter service in 2028.

New Zealand will acquire a maritime surveillance capability, which will be dedicated to civil surveillance requirements (search & rescue, fisheries patrol etc.), with NZDF support, to free up the P-8A Poseidon fleet in the future.

The DCP explains: “The Enhanced Maritime Awareness Capability project will support the Government’s civil maritime security strategy, providing air surveillance capabilities that enhance all- of-Government maritime domain awareness in New Zealand and the Southern Ocean. Investment in a range of capabilities will be considered, including satellite surveillance, unmanned aerial vehicles and traditional fixedwing surveillance. This will free up the new P-8A maritime patrol aircraft fleet to fly more missions in the South Pacific and further afield.”

The NZDF will also acquire a long-range unmanned UAV to support land and maritime forces with improved, continuous ISR capability, with a decision to be made after 2030.

The DCP says: “The provision of continuous, real time information is a key determinant in the effectiveness of military operations. Unmanned aerial systems provide a means for commanders to maintain and sustain awareness of their operating environment. This plan includes the delivery of long endurance unmanned aerial systems for intelligence, surveillance and reconnaissance tasks to support land and maritime military forces. Manned aircraft will remain New Zealand’s primary air capabilities in the foreseeable future. However, some operations may see it preferable to use unmanned aircraft over crewed aircraft; these include the ability to maintain sustained surveillance over long missions, provide a range of mission support roles to deployed forces, and reduce the risk to personnel in high risk situations.”