TROOPSHIP BACK TO NETHERLANDS

Fokker C-31A Troopship serial 85-1608, recently retired from use as a jump platform for the US Army’s Golden Knights parachute team, has been acquired by a new group in the Netherlands, the Stichting Vliegend Nederlands Cultureel Erfgoed (Flying Dutch Cultural Heritage Foundation). The F27, a -400M model, is scheduled to be flown back to its birthplace in 2020. 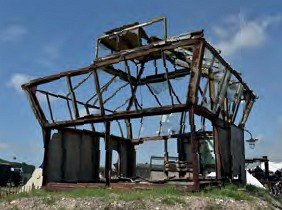 Part of the RAF Tarrant Rushton control tower, from which the signal from the War Office to start the D-Day parachute assault was transmitted to the waiting aircraft, was on display at the Great Dorset Steam Fair at the end of August. It is owned by the Smith family of Okeford Fitzpaine, Dorset.