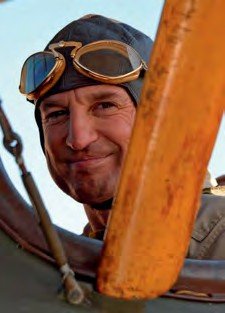 PASO Robles, California-based rancher and World War One aircraft collector Javier Arango (above) was killed in the crash of his Nieuport 28 replica on 23 April. Arango was a member of the board of the Smithsonian Institution’s National Air and Space Museum, and had flown original First World War aeroplanes at many locations around the world.

AT the Helicopter Museum in Weston-super-Mare, volunteers have completed restoration of the 1930s control tower and associated buildings that were part of the old Weston airfield. The buildings, which are within the museum grounds, have been fitted out with displays relating to local aviation history. The project was made possible by a £134,000 grant from the Coastal Communities Fund.

HISPANO HA-1112-M1L Buchón G-AWHE left Duxford on 18 April, heading for a new home with the Air Fighter Academy/Hangar 10 collection at Heringsdorf, northern Germany. Under the ownership of Spitfire Ltd, the former Spanish Air Force fighter had become a popular participant at shows in a Luftwaffe desert colour scheme. It is thought that the Rolls-Royce Merlin engine will be replaced with a Daimler- Benz powerplant now the aircraft is in Germany.