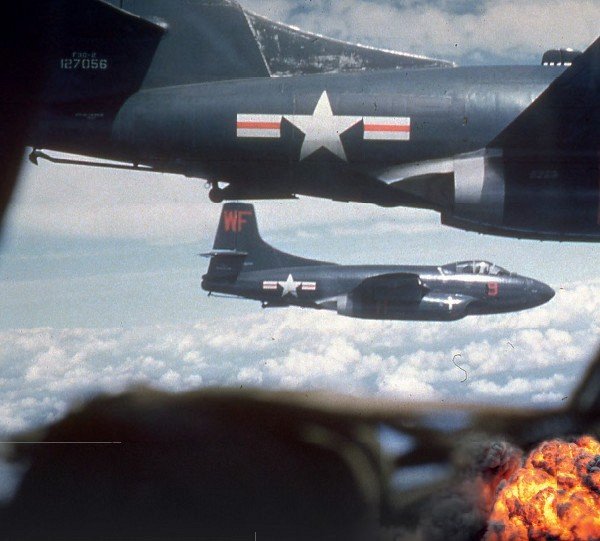 A flight of F3Ds over South Korea in the spring of 1953. ED EDELEN

Befitting its image, the US Marine Corps was involved in the Korean War from its outbreak. In terms of the air component, the Vought F4U-5N Corsair was the initial night-fighter deployed. This was the first of three types, followed by the Grumman F7F-3N Tigercat and the Douglas F3D-2 Skyknight. By early August 1950 the Corsairs of VMF(N)-513 (fixed-wing Marine night-fighter squadron 513), part of Marine Air Group 33 (MAG-33) had started operations. The unit had crossed the Pacific on the escort carrier USS Sitkoh Bay and was immediately assigned to Fifth Air Force control, temporarily based at Itazuke, Japan.