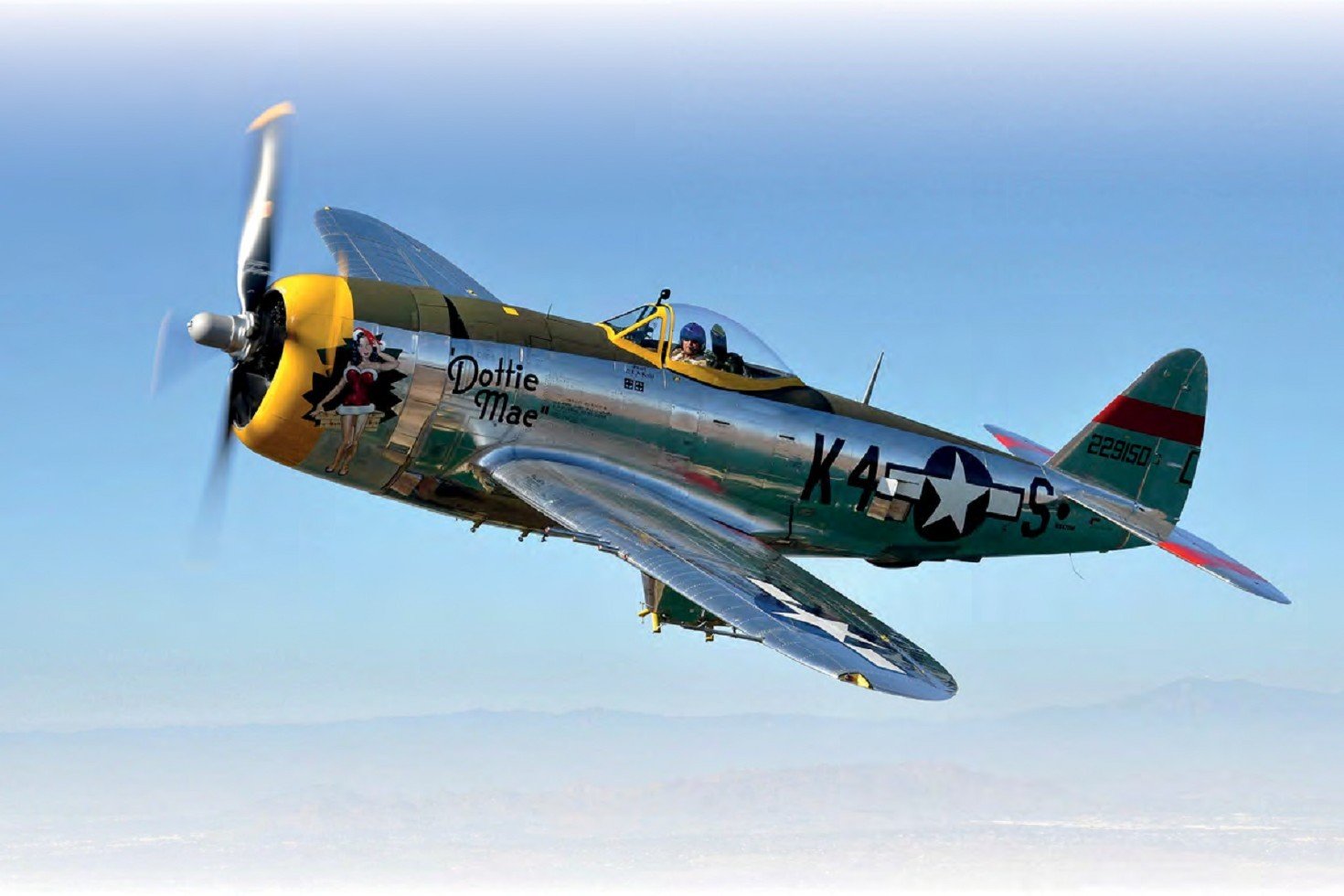 Republic P-47D Thunderbolt ‘Dottie Mae’ has recently been restored to fly in the US.
FRANK MORMILLO

For many airshow-goers across the US and Canada, the first North American tour by the RAF Aerobatic Team, the Red Arrows, will be a highlight of 2019. Lasting nine weeks and starting after a period of maintenance following July’s Royal International Air Tattoo, the ‘Western Hawk 19’ deployment will take in a variety of venues during the second half of the season: announced just before we went to press were appearances at Aero Gatineau-Ottawa, the Chicago Air and Water Show, Thunder over the Boardwalk, the New York Air Show, Canadian International Air Show, Spirit of St Louis Air Show, Oregon International Air Show and Great Pacific Airshow, with more to follow.