NORTH TO THE FUTURE

Northern Edge is one of a series of US Pacific Command exercises this year, all with the same goal: to prepare joint forces to respond to crises in the Indo-A sia-Pacif ic region, writes Søren Nielsen. 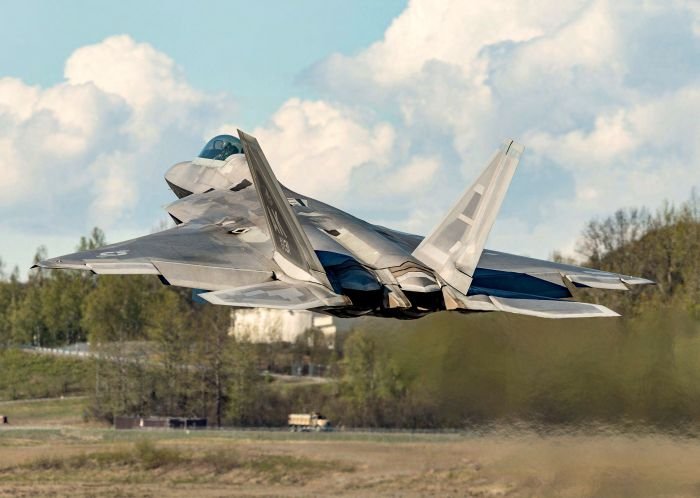 A locally based 3rd Wing F-22A Raptor takes off towards the Joint Pacific Alaska Range Complex to join the fight at Northern Edge 2017.
All images Søren Nielsen

MOST OF the lakes were still frozen and the mountains still covered in snow when dozens of fourthand fifth-generation fighters took to the skies over Alaska. As Exercise Northern Edge 2017 (NE17) kicked off on May 1, the jets were joined by surveillance and electronic warfare aircraft, tankers and transports from across the US military.

With spring coming to Alaska in early May, the lakes wouldn’t remain frozen for long. And with the long hours of daylight and excellent weather, NE17 offered just the right training conditions.