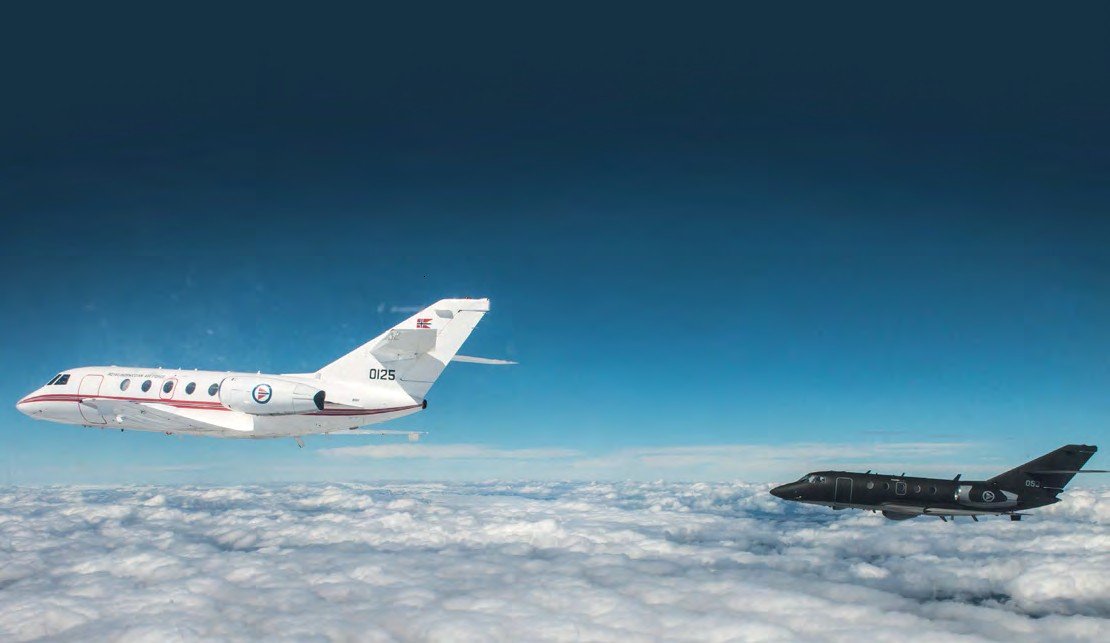 Luftforsvaret Falcon 20C 0125 made its final flight on December 14, 2017. It is seen here in company with one of Norway’s remaining two aircraft of the type, Falcon 20ECM 053 ‘Munin’.
Luftforsvaret

Norway’s Luftforsvaret (Royal Norwegian Air Force or RNoAF) retired one of its three Dassault Falcon 20s on December 14, 2017. The jet, 0125, was delivered to Pan American World Airways in 1968 and was sold to the Luftforsvaret by its last civilian owner, Fred Olsen Lines, on December 27, 1977.

The executive jet, sometimes used as a VIP transport, wore a smart civilianstyle colour scheme, but it was usually used as a radar calibration aircraft and was fitted with specialist equipment for that role. The retirement of 0125 came about because the Luftforsvaret gave up the radar calibration task on December 31, 2017.

Two other Falcon 20s, both used in the electronic countermeasures role by 717 Skvadron, which also flew 0125 until its retirement, remain active. Those two jets, Falcon 20ECMs 041 ‘Hugin’ and 053 ‘Munin’, will continue in service until Norway brings its five P-8A Poseidon multimission aircraft into service after their delivery in 2022 and 2023.