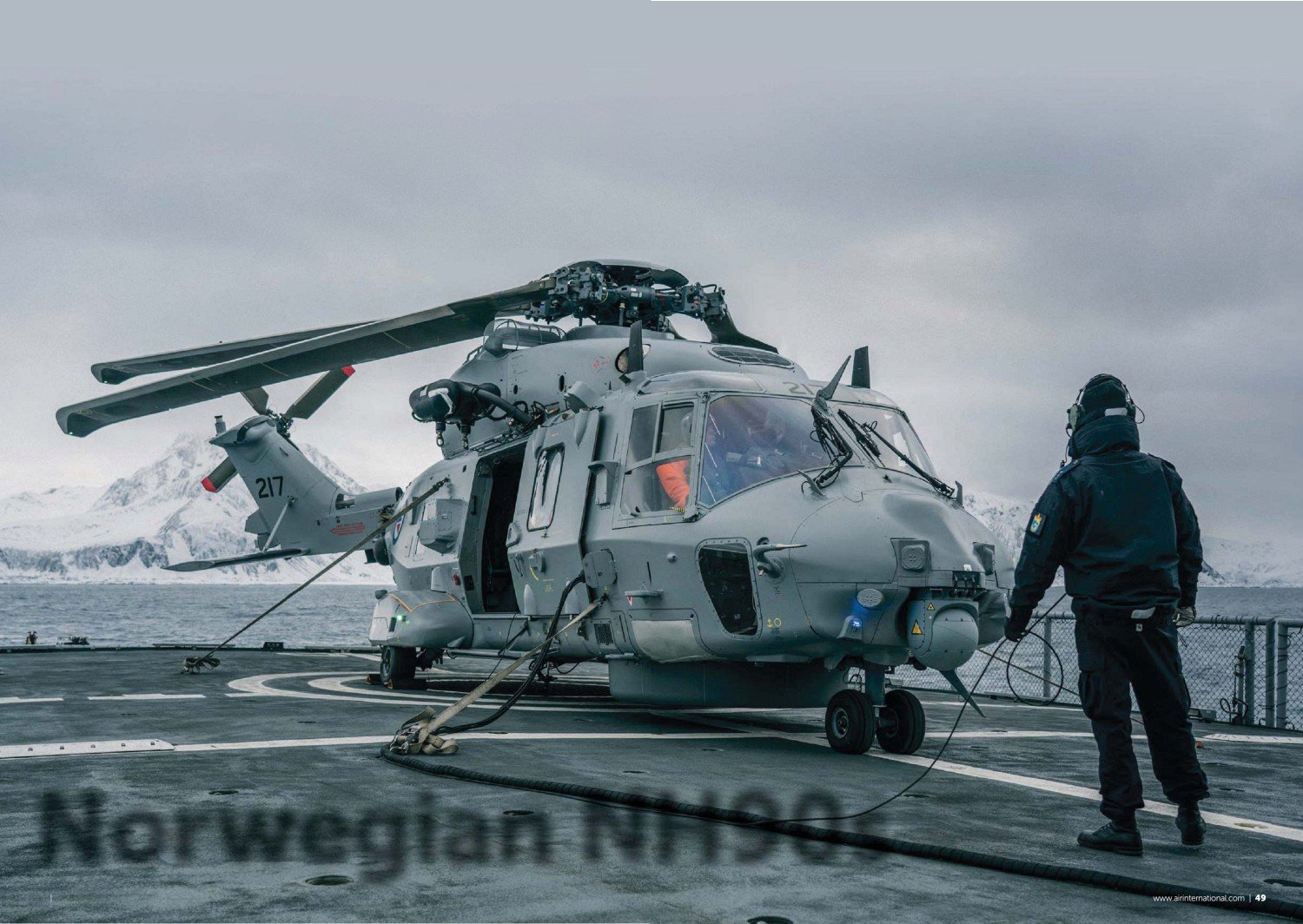 Formed in 1944, the Luftforsvaret (Royal Norwegian Air Force) is undergoing great change, perhaps the most extensive since its formation 73 years ago. While introduction of the F-35A Lightning II is the main driver for restructuring Norway’s air defence system, the NH90 NATO Frigate Helicopter (NFH) is equally important to the surveillance capabilities of the outstandingly beautiful Nordic nation. Headquartered at Bardufoss Air Station, 139 Wing has two assigned NH90 units, 334 Squadron based at Haakonsvern and 337 Squadron based at Bardufoss. Both units are tasked with the anti-submarine warfare (ASW) role, and the Bardufoss unit also conducts coastguard missions, such as fisheries and border protection.

Norway’s acquisition of the NH90 NFH has made headlines for all the wrong reasons during the past ten years. As a member of the Nordic Standard Helicopter Programme, which includes Finland and Sweden, in 2011 Norway ordered 14 NH90 NFHs at a cost of NOK 11 billion.

Eighteen years since the order, only nine cabs have been delivered, and the NH90’s full operating capability (FOC) has been pushed back until 2022. Norway received its first NH90 in 2011. Three years later, the Luftforsvaret retired its fleet of Lynx Mk86s from service without sufficient numbers of NH90s to meet the ongoing tasking. This placed extra pressure on a nation already patrolling Western Europe’s longest and most challenging coast line: an incredible 63,000 miles (116,000km), if stretched out, or two-and-a-half times around the world.

He said: “The NH90 is still considered the best option for Norway, as it is customised for Norwegian conditions and tailor-made for the needs of the Norway’s coastguard and the Navy.”

Certainly, the NH90 is well suited to cold weather operations, as the main components of the helicopter – engine air intakes, aerodynamic surfaces and the rotors – are fitted with a de-icing system, allowing it to operate day or night in temperatures as low as -40°C (-40°F).

Originally, six aircraft were to be used for ASW and eight for coastguard duties, but the current recommendation is for all 14 to fulfil naval support roles, eventually operating from Bardufoss and Haakonsvern.

Bardufoss station commander Colonel Eirik Stueland confirmed the current programme status and Norway’s aspirations: “Despite the delays, we are manipulating the programme in order to make the aircraft available for anti-submarine warfare as soon as possible, given the threat we face in the north, although this will take time, as it’s a new capability for us. To date, nine NH90s have been delivered to Bardufoss interim Step-A configuration [without tactical capability, weaponry and sensors for the ASW and anti-surface warfare roles]. These have to be configured to Step-B standard [with the electronic warfare and ASW suites fully integrated] during the next two years, so we are returning them to be retrofitted at NHI’s Tessara-Venice facility in Italy. We have now received four Step-B configured helicopters with the remaining five new Step-B aircraft to be delivered by the end of 2019. The latest arrived in May 2019. At Bardufoss, we currently have five NH90s, including Step-A aircraft returned from retrofit, a programme that’s running concurrently with deliveries of new helicopters through to the declaration of the aircraft’s FOC which is now expected in 2022.”

NH90s are currently operating in northern Norway undertaking coastguard duties with aircrew describing the helicopter as phenomenal in the coastguard role. Norway’s ASW capability has traditionally been the responsibility of the P-3N Orion fleet operated by 333 Squadron at Andoya Air Station. In the future, NH90s will conduct joint operations with the P-3Ns. This summer, NH90s will commence ASW operations with concern not in the helicopter or its systems, but having a sufficient number of aircraft.

Lieutenant Colonel Erik Mikkelsen, Head of Operations 139 Air Wing and a pilot, provided further insight into Norway’s NH90 operations: “NH90 will support coastguard operations embarked aboard their larger vessels operating in Norwegian waters. These operations are concentrated in our northern waters, including the Svalbard archipelago. The NH90 will also provide capabilities as a SAR asset including a robust medevac [medical evacuation] capability. Its main mission is in the fisheries protection role; the helicopters sensors are used to confirm fishing activity and the helicopter is used to place inspectors aboard fishing vessels using the rescue hoist. The NH90 now has the capability to support coastguard operations with significantly larger capacity. The NH90s new role within the Norwegian armed forces is ASW; it will become an integrated component of the Nansen class frigates warfare capability. With its sensors and weapons, it will be able to support the combat ship as a sensor platform, as well as an effector. This capability will be developed during the next years in close cooperation with other NATO nations.” 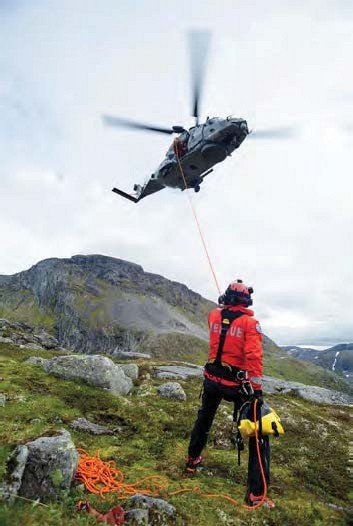 Norway’s NH90s are currently fulfilling a range of Coastguard duties. 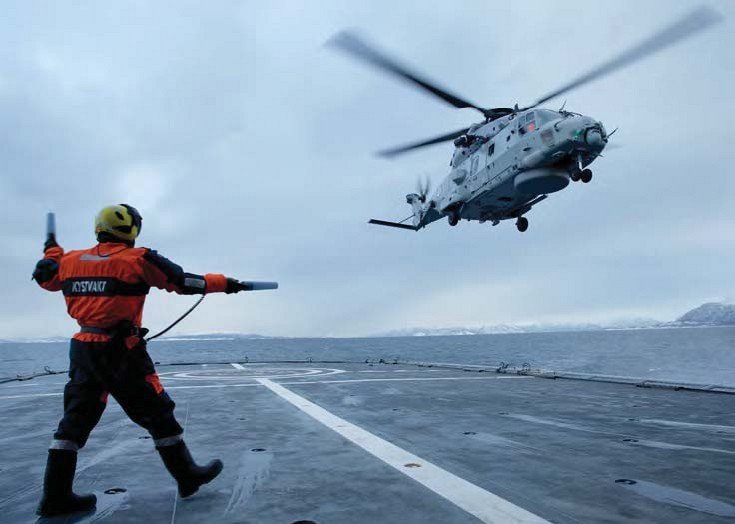 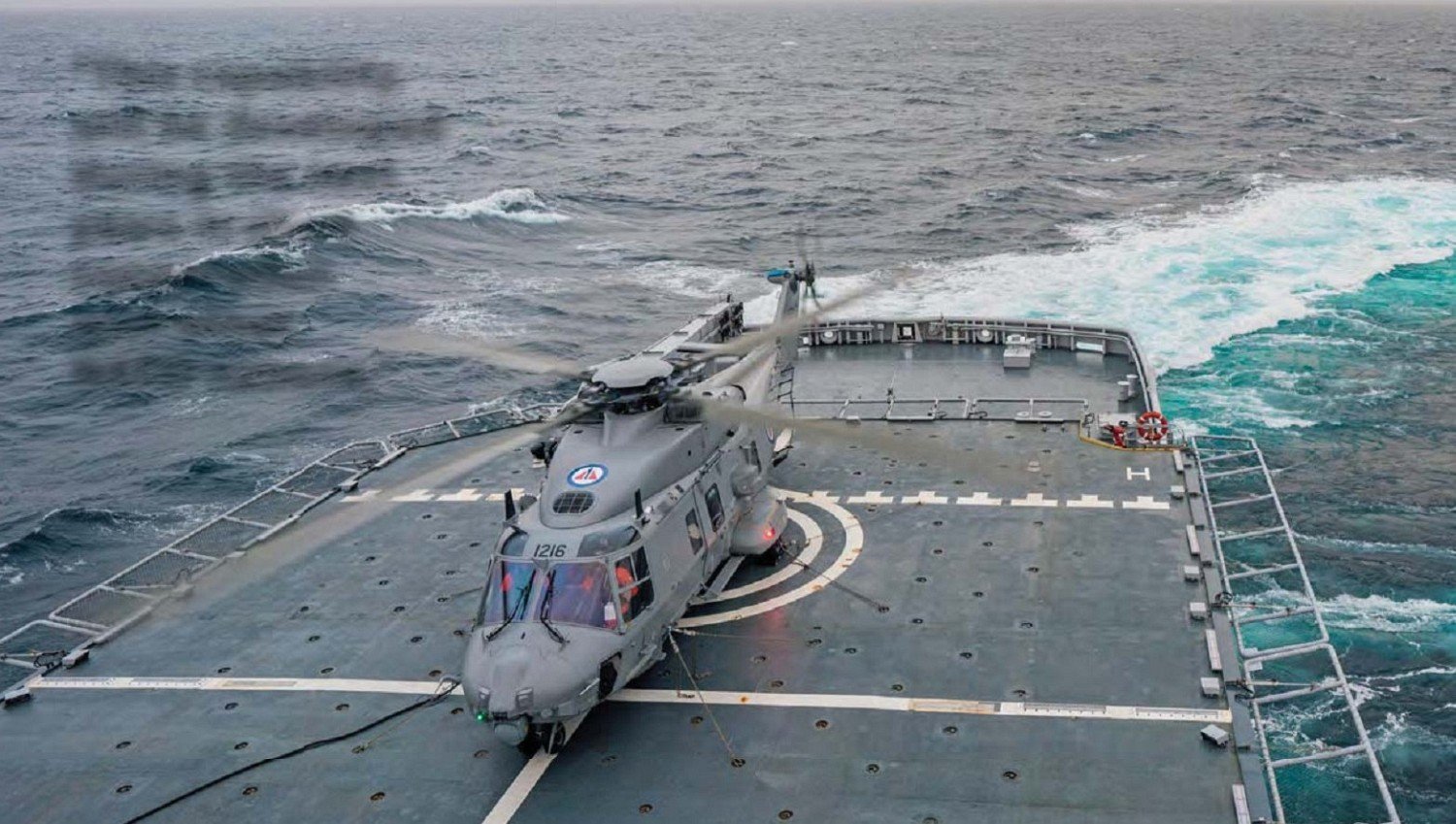 ”This capability will be developed during the next years in close cooperation with other NATO nations.”