Norwegian SAR training in the UK 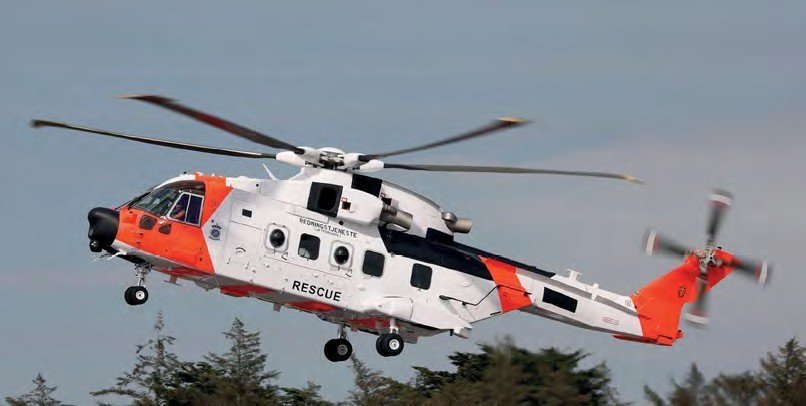 The Norwegian All Weather SAR Helicopter programme has entered an advanced stage with crews from the Kongelige Norske Luftforsvaret (Royal Norwegian Air Force) Operational Test and Evaluation (OT&E) unit based at Sola recently undertaking training at Cornwall Airport, Newquay, and at Leonardo Helicopters’ facility in Yeovil, Somerset. This training took place during July and then from September into early November. Two classes were completed at Newquay, each comprising five pilots and two of each rear crew (Flight Engineer, System Operator and Rescue Swimmer). The training was primarily conversion to type, but also included other instructional proficiency training. The hope is the OT&E unit will soon receive its first AW101, following which it will spend an extended period testing the aircraft in the Norwegian environment, writing initial procedures and establishing training programmes. The next stage will be to commence crew training at the six bases selected to receive the aircraft, which will eventually replace the Kongelige Norske Luftforsvaret’s Westland Sea King Mk43B fleet. The six bases are Banak, Bodo, Floro, Sola (Stavanger), Orland on the Atlantic coast, and Rygge on the Skaggarek coast.

On December 19, 2013, the Norwegian Ministry of Justice and Public Security signed a contract with Leonardo Helicopters (then AgustaWestland) for the supply of 16 AW101 Mk612 helicopters (including an option for a further six). Ian Harding