The lessor BOC Aviation announced recently it has ordered eight Airbus A330neos, all of which will be placed with the Lion Air Group in 2019 and 2020. Lion Air will have the option to acquire four of these aircraft outright upon delivery. BOC already had two A330neos in its order book. Mark Broadbent

Aeroflot and the United Aircraft Corporation announced on September 10 they have signed an agreement for the delivery of 100 examples of the Sukhoi SSJ100 Superjet. The aircraft are to be delivered in a two-class layout, with 12 seats in business and 75 in economy, with deliveries starting in 2019 and stretching out until 2026. Aeroflot currently operates 49 SSJ100s, with its 50th due to be delivered soon. Mark Broadbent 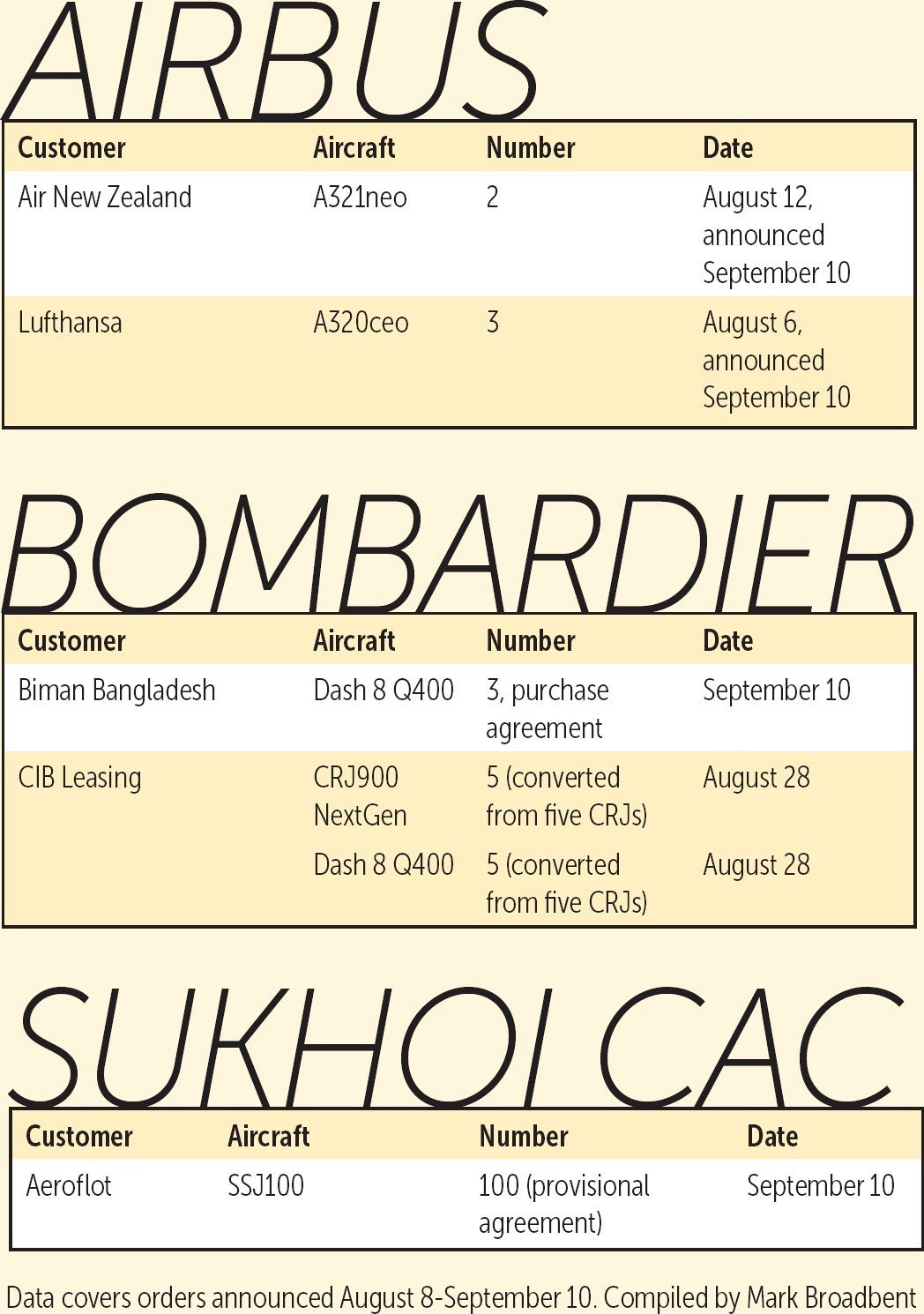 The Indian carrier SpiceJet has launched a new business unit: a dedicated cargo airline called SpiceXpress that has started operations with a leased Boeing 737 flying from New Delhi to Bengalaru. Four freighters will be operated by March 2019 and used on services in India. Mark Broadbent

Virgin Australia has amended its order for the Boeing 737 MAX, converting ten orders for the 737 MAX 8 for the larger 737 MAX 10 variant. The Brisbane-headquartered airline, Australia’s second-largest, with a 130-aircraft fleet, will receive its first 737 MAX 10 in 2022. Virgin Australia continues to hold 30 orders for the 737 MAX 8 as part of its initial order for the type placed back in 2012. The conversion was a landmark for the largest variant of the 737 MAX family, as it means the orders backlog for the variant now exceeds 400 aircraft from 20 customers. The 737 MAX 10’s first flight is scheduled for late 2019, the variant having passed the critical design review over the summer. Mark Broadbent

AirBaltic Chief Executive officer Martin Gauss has said the Latvian flag carrier expects to have 14 examples of the Airbus A220-300 in service by the end of 2018, after production and engine delivery issues delayed some of its more recent deliveries. The airline accepted its tenth jet earlier this summer. Gauss says the delays are now easing as the supply of Pratt & Whitney PurePower PW1542G turbofans starts to improve says it plans to have 22 in operation by the end of next year. Mark Broadbent

Bombardier Commercial Aircraft has won a second customer for the recently certified 90-seat variant of its Dash 8 Q400. Chinese lessor CIB has converted half of its orders for CRJ regional jets to the new higher-capacity variant of the turboprop. The Indian airline SpiceJet was recently confirmed as the initial customer for the new variant. Mark Broadbent