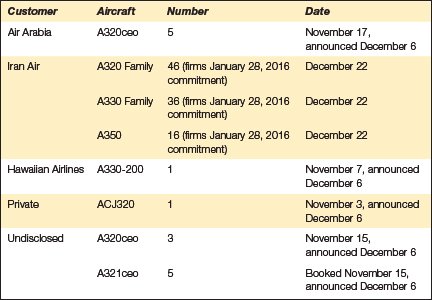 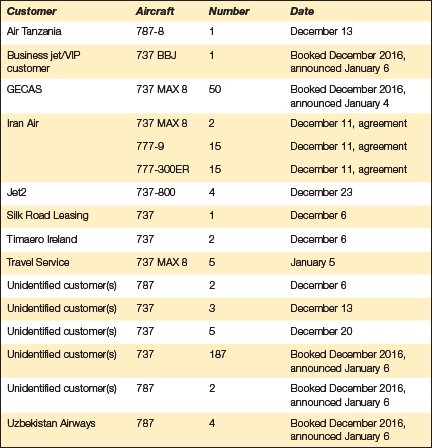 The government of Tanzania has ordered a single Boeing 787 Dreamliner and two CS300 jets and a Q400 turboprop from Bombardier. The Bombardier contracts were signed by the Tanzanian Government Flight Agency and announced in December. Worth $200 million at list prices, the aircraft will be leased to Air Tanzania. The Q400 will be in a single class 76 seat configuration, the same as the two Q400s received in late September 2016, while the CS300 will be in two-class layout. The 787-8 order, worth $224.6 million at list prices, was also revealed in December. It will be delivered in June 2017.

BA, Iberia, Aer Lingus and Vueling parent company IAG is to set up a new low-cost longhaul operation at Barcelona in June 2017 using two A330s. IAG boss Willie Walsh told the Spanish newspaper La Vanguardia that it was possible a new brand may be created for the project, although that is yet to be confirmed. Likely destinations are Los Angeles, San Francisco, Buenos Aires, Havana and Tokyo.