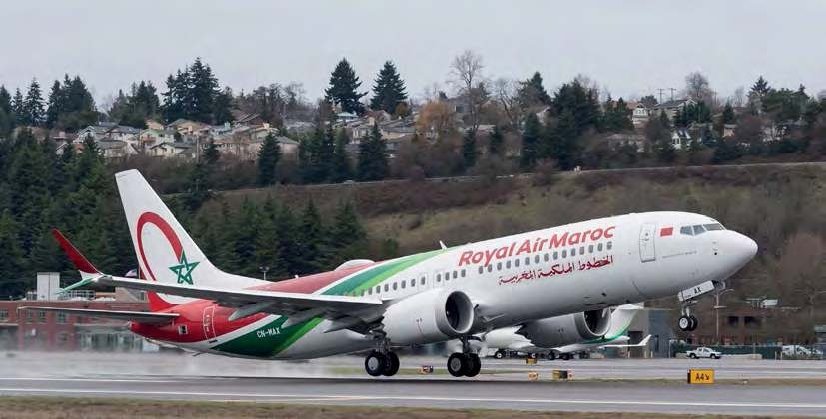 Boeing December handed over the 787th example of its 787 Dreamliner to come offits production line. The milestone aircraft is 787-8 B-1168 (c/n 38797) and was delivered to the lessor AerCap, which is leasing it to China Southern Airlines. The aircraft features special ‘787’ titles in both English and Chinese along the forward fuselage. The first 787 was delivered to All Nippon Airlines in 2011, since when the total 787 fleet has flown nearly 300 million passengers on more than 1.5 million flights. Boeing says the 787 has opened no fewer than 210 new nonstop routes since entering service. China Southern now operates ten 787-8s and eight 787-9s. Mark Broadbent 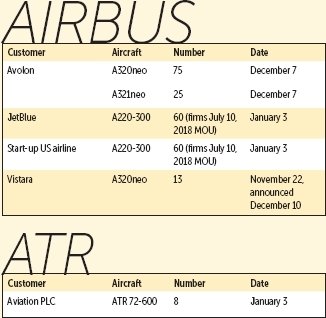 Green Africa Airways has committed to acquiring up to 100 737 MAX 8 aircraft, split into 50 firm orders and 50 options in what is potentially Boeing’s largest aircraft agreement from Africa, worth $11.7 billion at list prices. The late December announcement comes as the airline gears up to begin commercial operations after receiving its Air Service License in May 2018. It is being led by Chief Executive Offcer and founder Babawande Afolabi, a former investment banker for Morgan Stanley. The airline plans to operate in Nigeria before moving across Africa. Guy Martin

Ethiopian Airlines will supply four aircraft to establish a new national carrier for Ghana. Ethiopian will be the majority shareholder (49%) in the as-yet unnamed airline. The Ghanaian government and private investors will hold the remaining 51% of the airline, which will take the place of the defunct Ghana Airways and Ghana International Airlines. Operations will commence in early 2019. Guy Martin 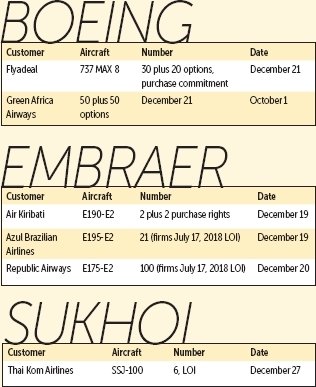