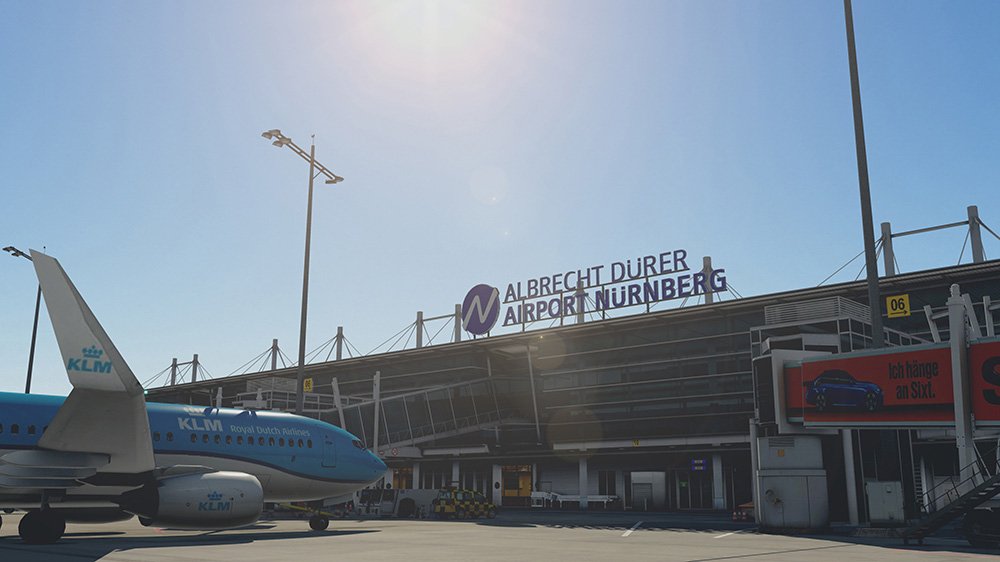 Developed by 29 Palms and Captain7 over a period of 2.5 years, the package brings Bavaria's second largest international airport to X-Plane 11.

Nuremberg XP has been designed using state-of-the-art X-Plane conversion techniques for high model and texture complexity while retaining smooth frame rates. The actual airport is modelled based on recent geodata and 1,000s photos taken on-site. All the airport buildings have been faithfully recreated with a modelled interior for the terminal and Hangar 2. The taxiway and aprons feature custom textures with PBR textures and ground markings, custom seasonal textures along with snow and rain effects. Other highlights include HDR airport night lighting including custom runway lights, such as REILs, Running Rabbits and HDR Lighting which automatically switched on in low visibility. Animations consist of moving jetways, ground service vehicle on the apron and a rotating tower radar. Static aircraft are included throughout with real-world liveries and registrations.

Finally, the surrounding area covers a 55 km² with satellite imagery at a resolution of 20cm/pixel along with numerous characteristic buildings, traffic routes, custom terrain and a special highlight are the innumerable vehicle animations.