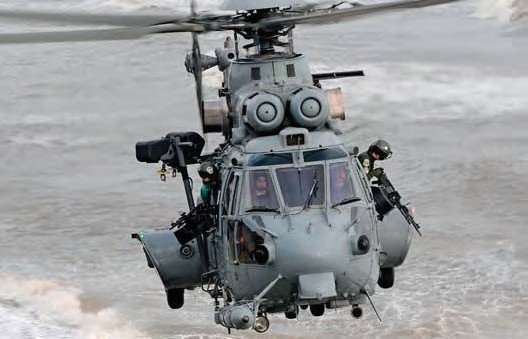 The additional H225M will be delivered in a configuration compatible with the Armée de l’Air’s existing Caracal fleet.
Airbus Helicopters

The French Direction générale de l’armement (DGA or Directorate General for Armaments) announced on June 14, 2019, that it will acquire an additional Airbus Helicopters H225M Caracal for the Armée de l’Air

Airbus Helicopters said the additional helicopter will be delivered in a configuration which will allow it to be compatible with the Armée de l’Air’s existing fleet of 10 Caracals, including an in-flight refuelling capability.

The new H225M will be based at BA120 Cazaux with Escadron d’Hélicoptères 1/67 ‘Pyrénées’ and utilised on special forces and combat search and rescue or CSAR missions.

Alexandra Cros, Airbus Helicopters’ Vice President and Head of Governmental Affairs France, said: “We are very proud that the French Air Force is renewing its trust in the reliable multi-role H225M, having been the very first to deploy the type to an operational theatre in 2006.” Nigel Pittaway