Saab’s Erieye radar has proved to be an affordable, adaptable and versatile airborne early warning platform for several operators. Jon Lake details this system and its latest application in the new GlobalEye. 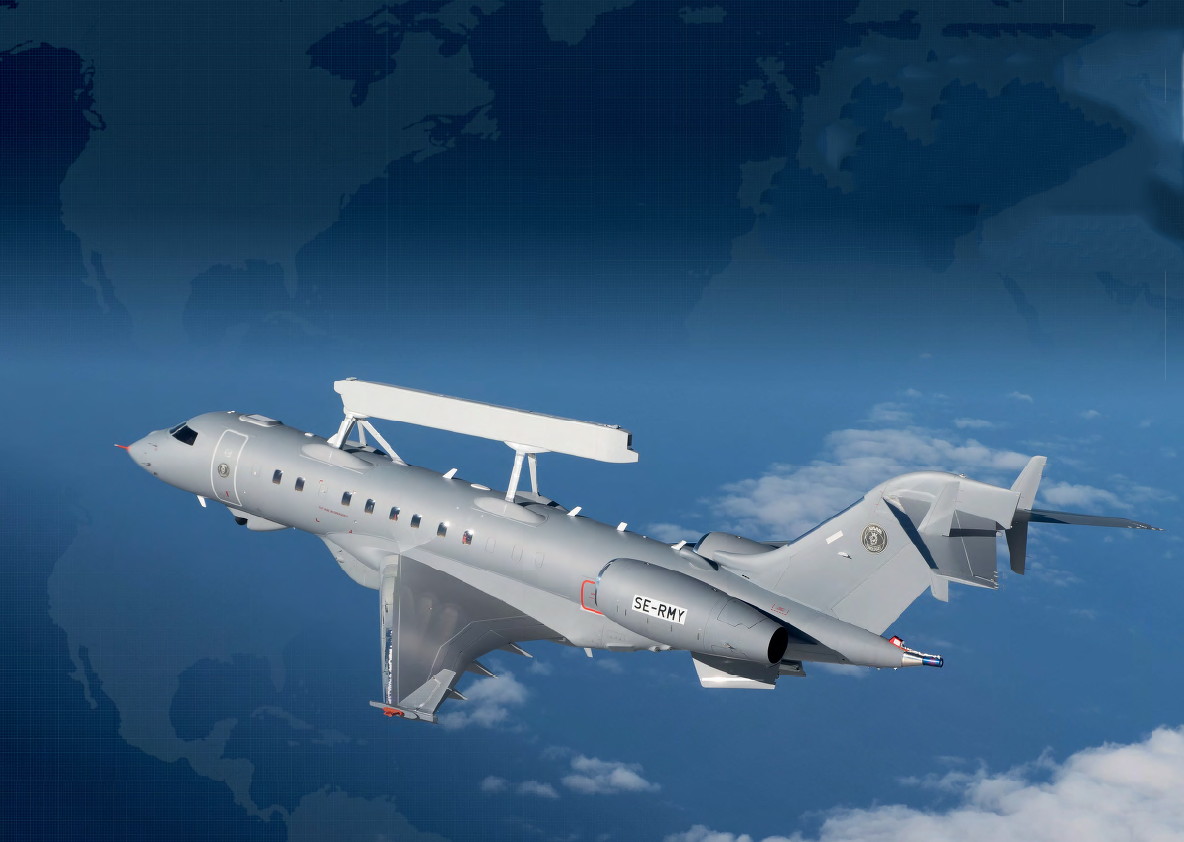 The first flight of the initial GlobalEye was conducted on March 14, 2018. The aircraft wore the Swedish civil registration SE-RMY and had its United Arab Emirates markings temporarily replaced by Saab logos.
All images courtesy of Saab AB unless stated otherwise

Saab’s innovative Erieye airborne early warning and control system (AEW&C) achieved perhaps its greatest success to date in 2015, when the United Arab Emirates announced it had selected the GlobalEye. This latest-generation AEW&C platform is arguably one of the Swedish defence giant’s greatest products – combining the Global 6000 business jet with Saab’s new Erieye Extended Range (ER) radar to meet a long-standing requirement for a surveillance aircraft.