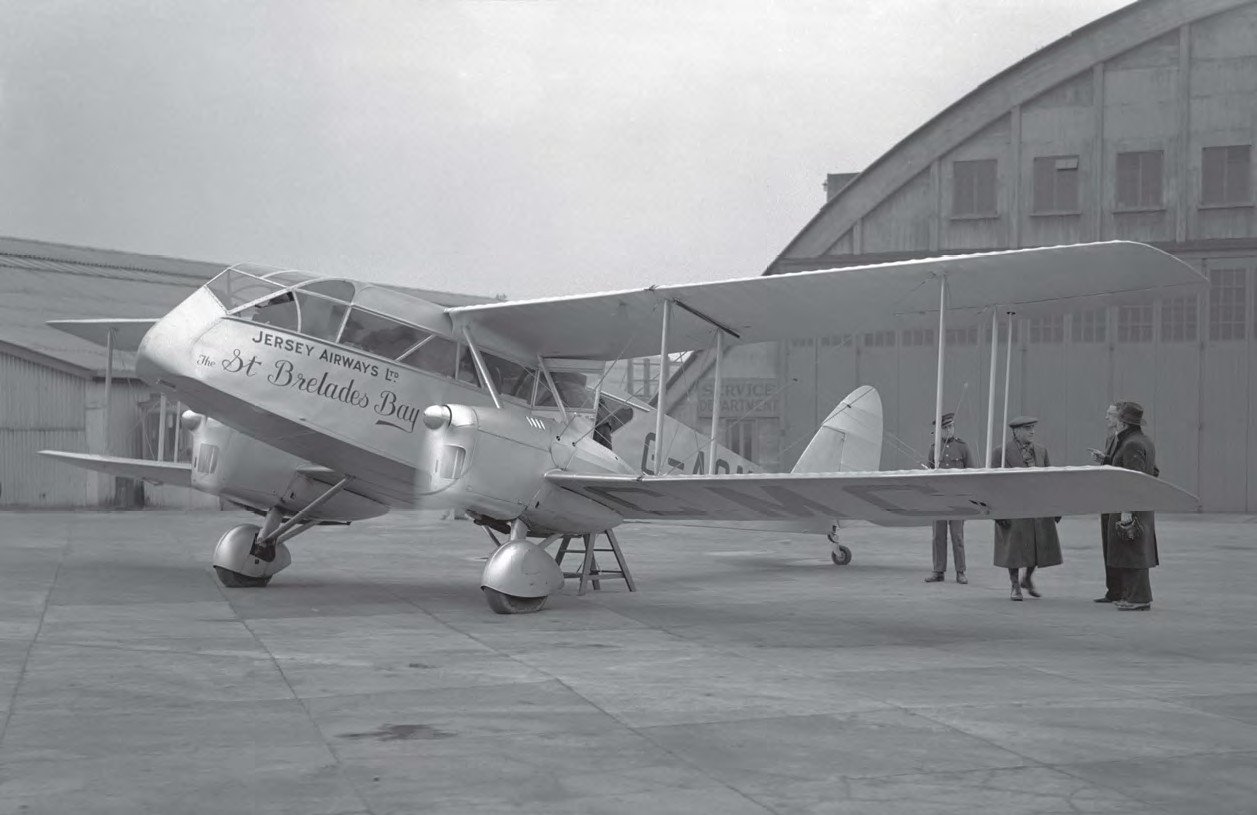 The first Dragon was re-finished in Hillman’s Airways’ colours and registered G-ACAN, with fleet number 7 on the nacelles. It went to Hillman’s on 20 December 1932, when it was christened Maylands after the airline’s home airfield near Romford, Essex by Amy Mollison (née Johnson). The type’s inaugural commercial flight took place on 1 April 1933, at the start of the new summer season, when the first four Dragons were ready to enter service together. This betrays a remarkably brief testing period and suggests satisfaction with the design right off the drawing board — no mean achievement then, or now. It was a success from the start.