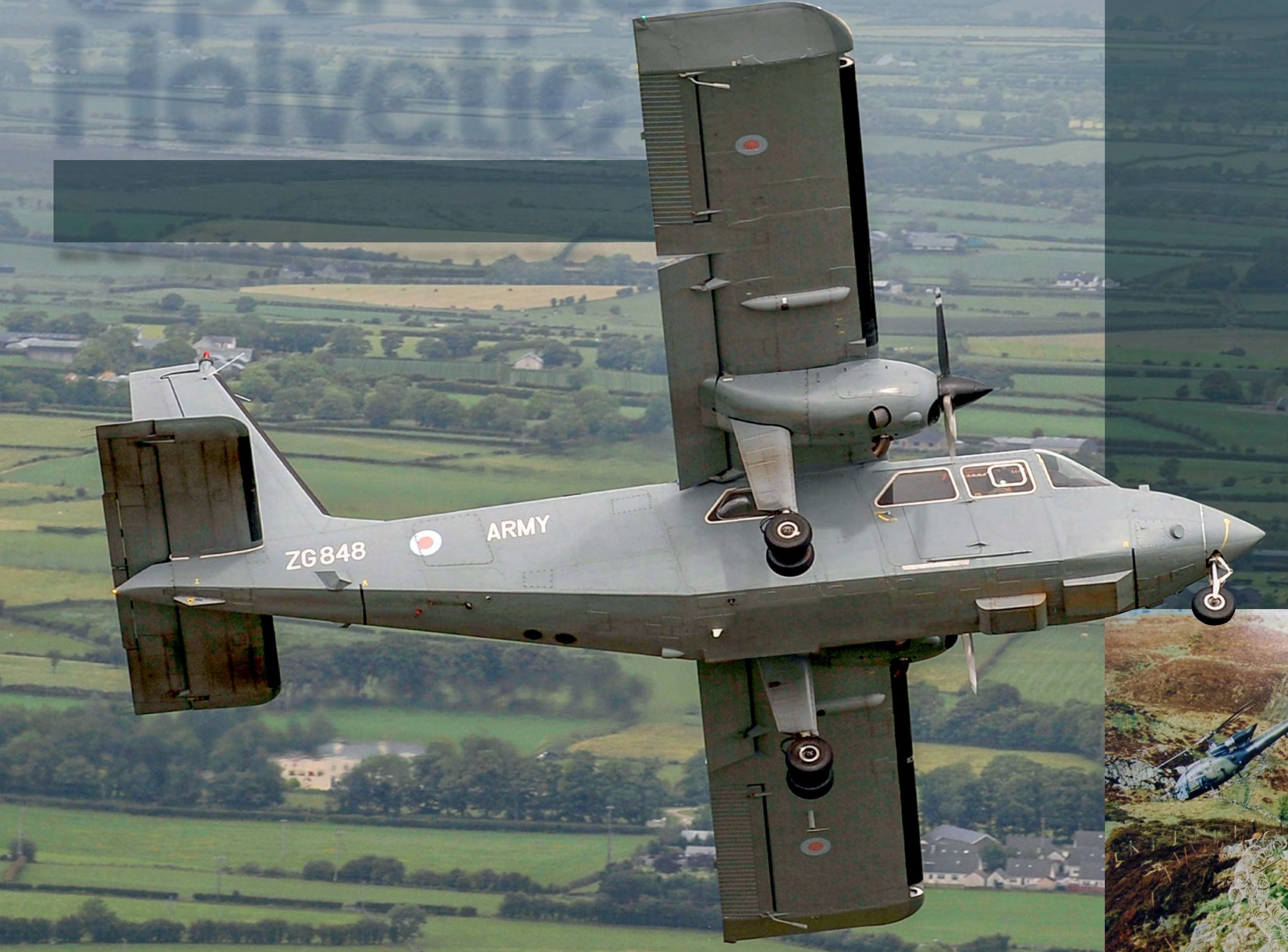 Islander AL1 ZG848 (c/n 2199) assigned to 651 Squadron over the Northern Irish countryside. The Islander has served in Northern Ireland since 1989; this is still active as an R1. Private
Collection

Operation Banner, the British Army’s peacekeeping mission in Northern Ireland during the conflict widely known as the Troubles, came to an end on July 31, 2007. Having been activated in summer 1969, to restore some form of order in the Province amid an outbreak of serious sectarian violence, it became the longest military campaign in the modern history of the British Army.