Operational home and away 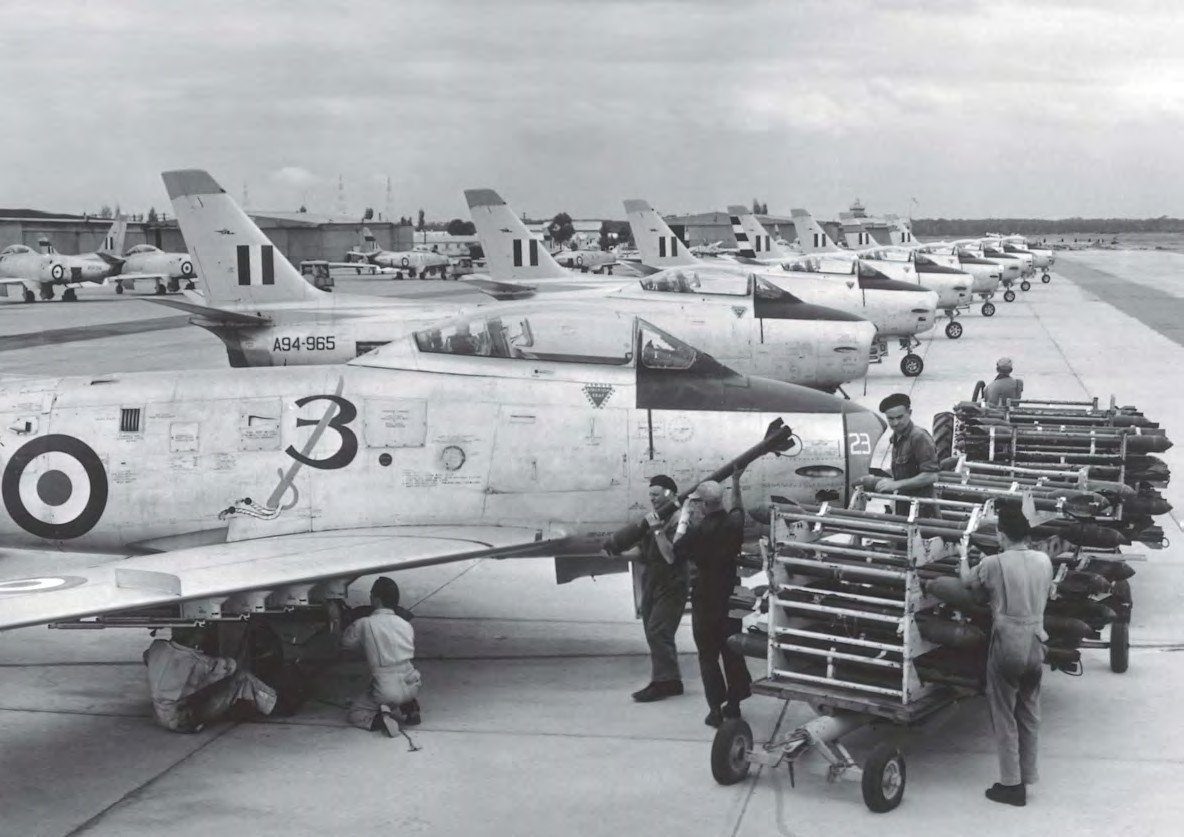 No 3 Squadron began receiving its CA-27s at RAAFB Williamtown in March 1956.
KEY COLLECTION

In April 1953, Flight reported how training courses for RAAF Sabre groundcrews and aircrew were under way, the pilots undertaking a specialised two-week conversion course. Two Sabre flight simulators were ordered that July at a cost of nearly A£200,000 each, one going to No 2 (Fighter) Operational Conversion Unit at Williamtown, the other as a mobile unit to be based with different squadrons.

After a display the previous day at RAAF Richmond, NSW, on 19 September 1954 the initial production Sabre, A94-901, was flown to RAAF Amberley in Queensland, a distance of more than 400 miles, in 44 minutes 31 seconds. December saw the first operational jet, A94-905, being handed over to Wg Cdr R. C. Cresswell, commanding officer of No 2(F) OTU. Three more were to follow from the ARDU, which had been evaluating them.