KBUR is one of the primary airports in the Los Angeles area, with mainline carriers flying to destinations across the US. As the closest airport to downtown LA and the major film studios, it is also highly popular with corporate traffic and a major cargo hub for FedEx and UPS. 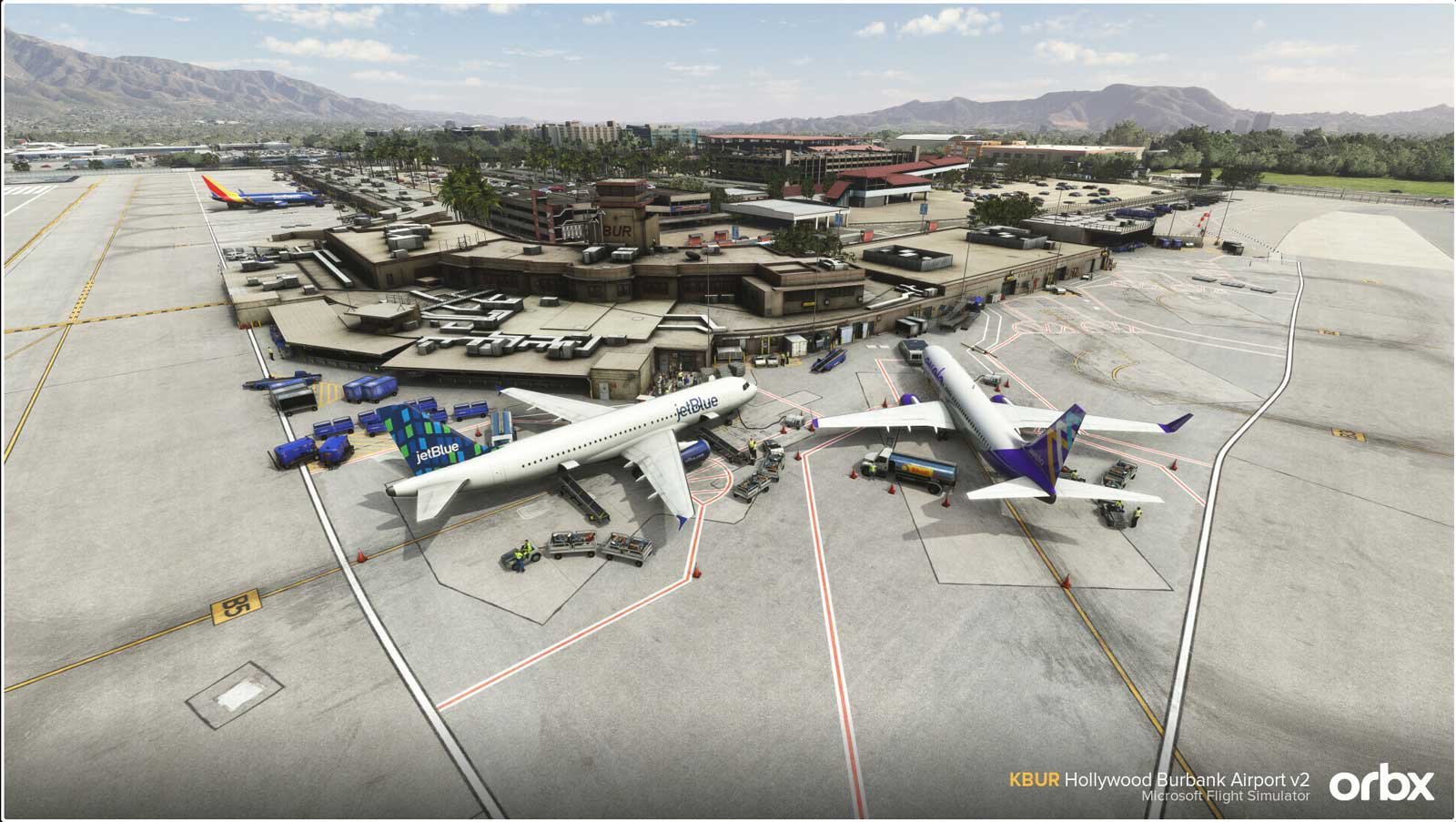 Developed by Matteo Veneziani, the second version is an ultra-HD rendition of the airport, sporting reworked ground polygons and sloped runways with accurate elevation changes.

The original MSFS airport has been completely reworked, building on techniques learnt and perfected over the last 18 months. New library objects include GSE (Ground Service Equipment) and static aircraft fleet unique to Burbank and custom modelling throughout, with complete PBR textures. 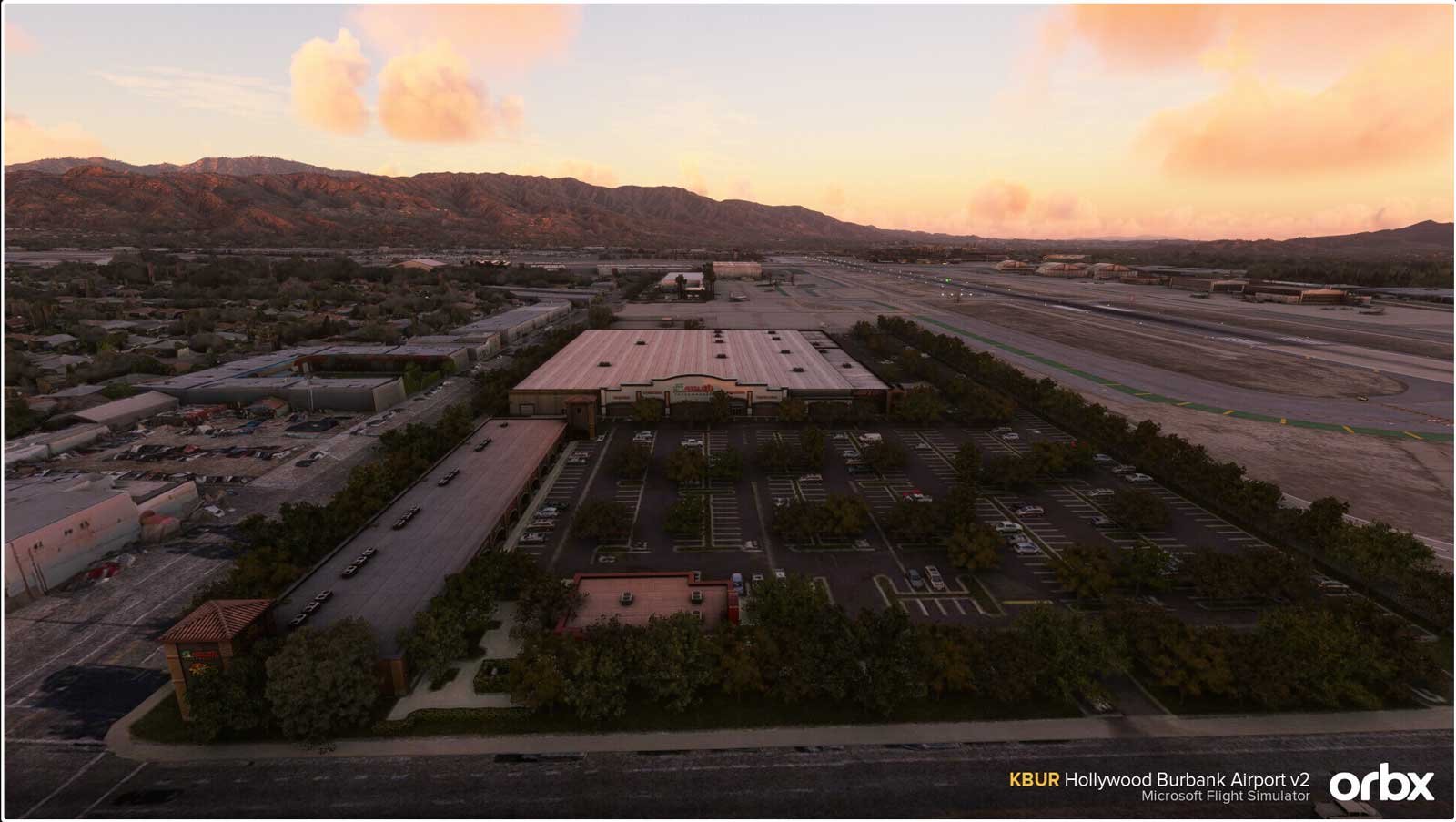 It also comes with the new apron expansion and custom vegetation, grass and non-airside details.