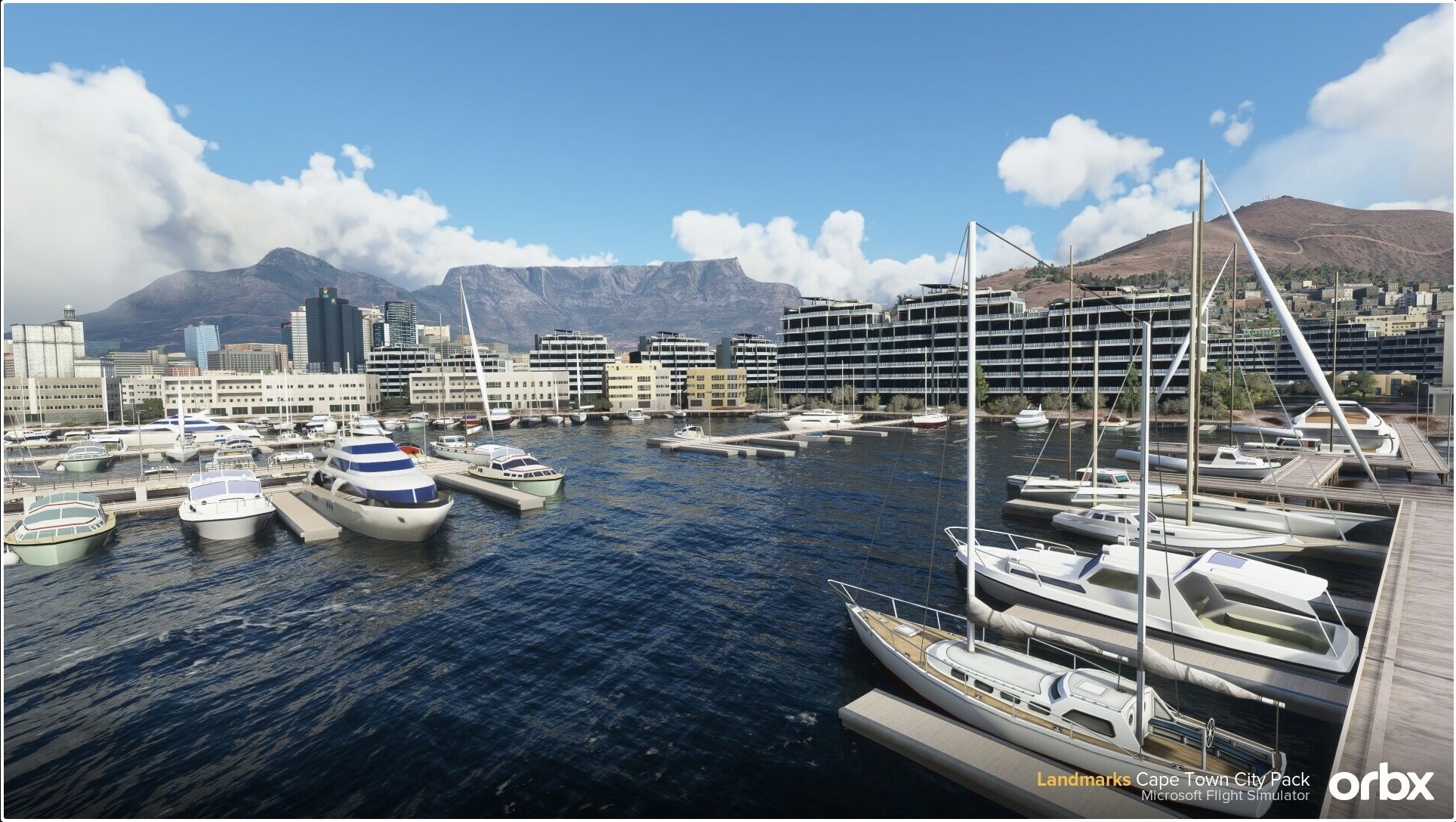 Cape Town is framed by the iconic Table Mountain and the Atlantic Ocean near the southernmost tip of the African continent.

The harbour basin, situated right in front of downtown, features custom vessels, docks, cranes, and other industrial infrastructure. Moreover, the tourist and residential zone on the western section of the port is faithfully recreated with shopping malls, condos, and marinas.

Orbx has modelled key features and Points of Interest (POIs) throughout the city, reflecting the mix of older and modern architecture. The proximity of downtown and port also makes for stunning visuals at night. An optional rhino outline near the top of Table Mountain gets projected occasionally to support anti-poaching campaigns.

Beyond the city, POIs such as the former prison on Robben Island, University of Cape Town's campus on Table Mountain's eastern slopes, and the Cape of Good Hope where the Atlantic meets the Indian Ocean.