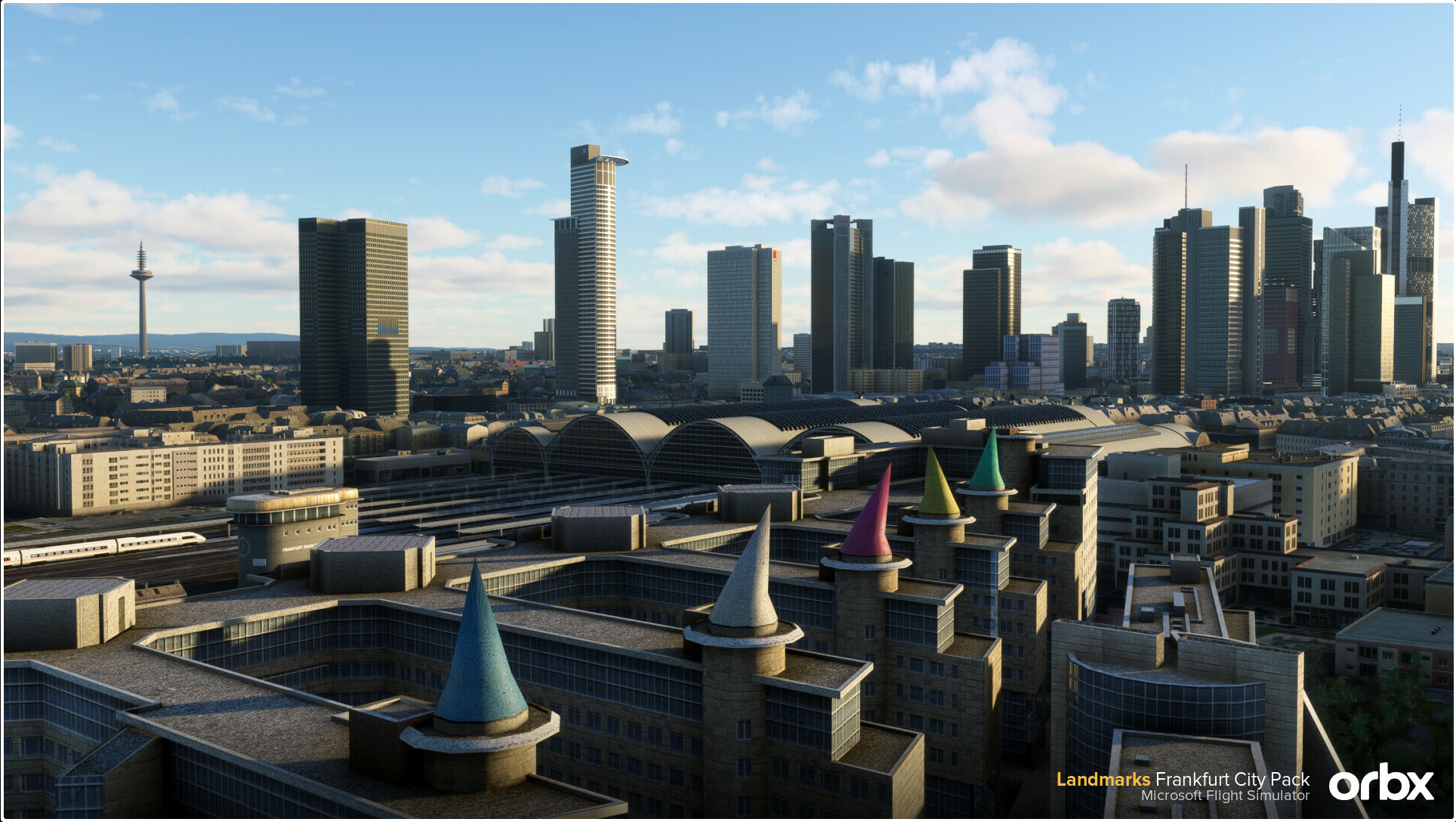 Landmarks Frankfurt City Pack brings the popular Landmarks series to the German heartland of flight simulation. The city with the Main River coursing through it comes to life with an impressive skyline, custom night lighting and downtown located just north of the final approach to Frankfurt Airport.

Other highlights include 11 detailed landmarks, including Europaturm, Hauptbahnhof (the railway station), Messeturm, Paulskirche, Kaiserdom and the Commerzbank Arena (Waldstadion) stadium.

A further 100 landmarks provide a balance between quality and performance with many enhancements to the city and surrounding area, such as improved vegetation and building placements, static trains and boats, cranes and chimneys.

Extensive terraforming across the coverage area enhances how the custom landmarks sit within the simulator’s terrain. Custom ortho imagery covers both sides of the Main River, from Schwanheim in the West to the Offenbach photogrammetry area while custom night lighting based on real-world photography.