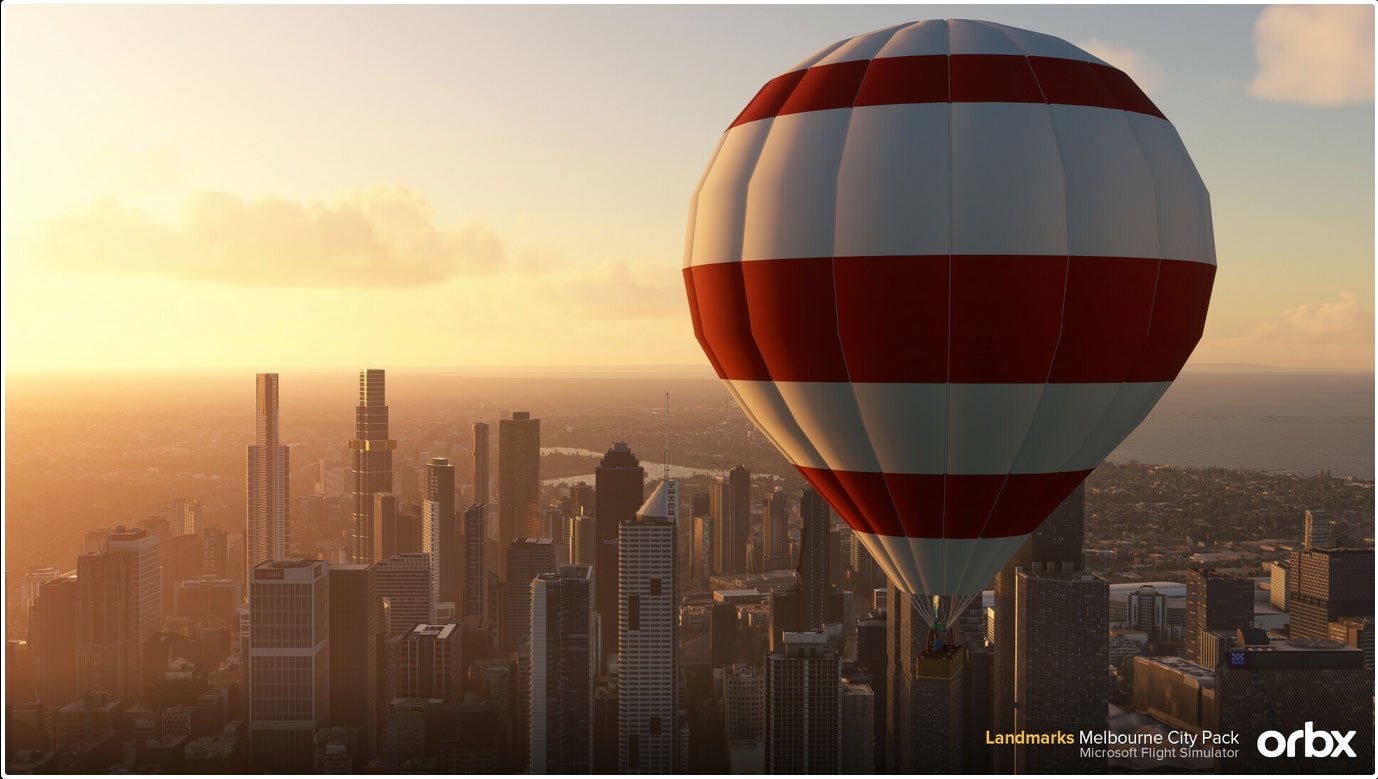 With about a third of its current five million residents born outside of Australia, Melbourne's skyline mirrors its inhabitants' diversity, from Gold Rush and Victorian architecture to ultra-modern skyscrapers.

The city is also home to Australia's second busiest airport, Tullamarine (YMML) and its busiest seaport and it's also where the black box flight recorder was invented in 1958. 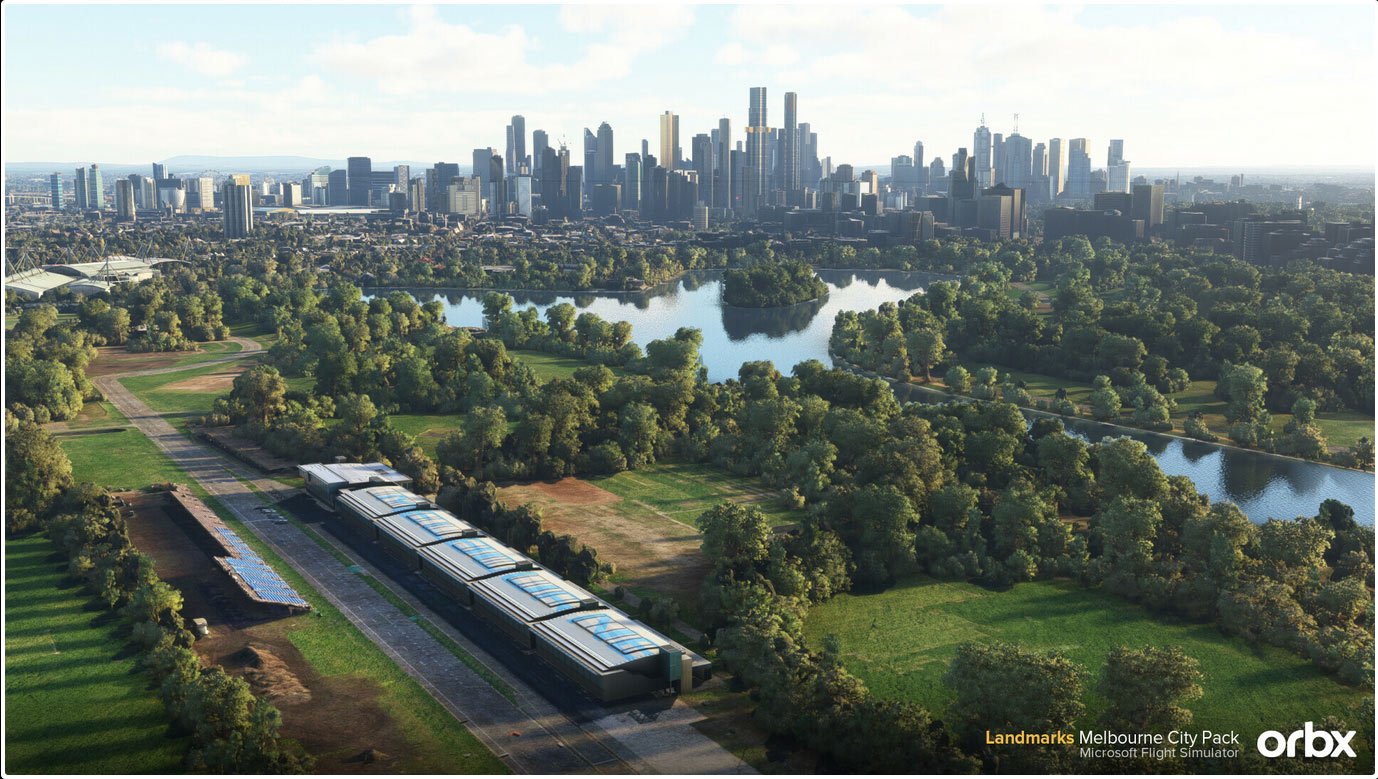 While World Update 7 Australia added photogrammetry to Melbourne and about a dozen Orbx-made POIs, this new Melbourne pack has another 200 custom-made buildings and structures, along with many other enhancements and features. 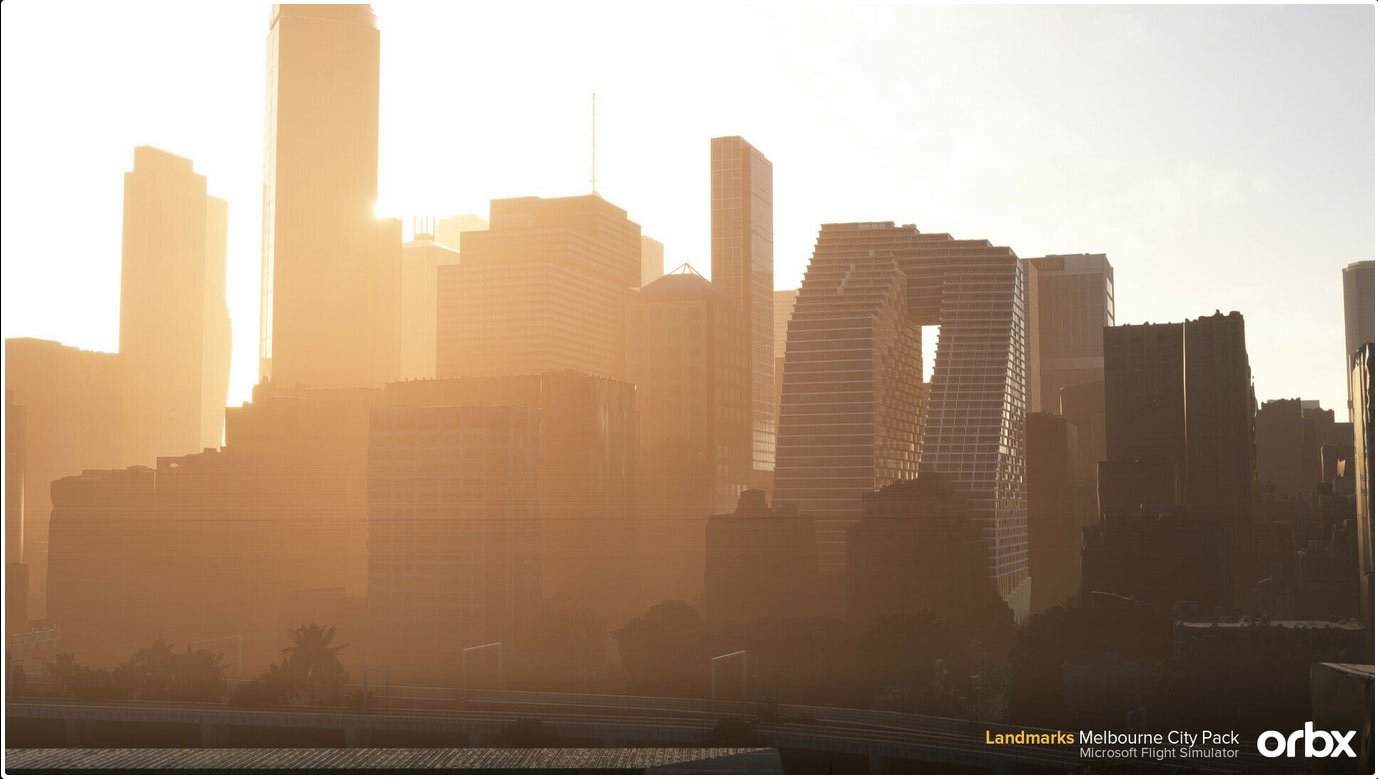 Older architectural highlights are the Royal Exhibition Center, St Patrick's Cathedral, Parliament of Victoria, and Shrine of Remembrance, while modern buildings include the Melbourne Museum, Collins Arch, Dockland towers, and the soon-to-be-completed Shangri-La and Sapphire by the Gardens twin towers.

Other highlights include animated features easily seen from the air, such as Metro trains on the viaduct between Flinders and Southern Cross stations, hot air balloons, and racehorses on Moonee Valley and Flemington Racecourse.

For helicopter pilots, the Children's Hospital, Royal Hospital, and Victoria Police Center Tower have landable helipads. In addition, there are several floating helipads along the downtown and port sections of the Yarra River. 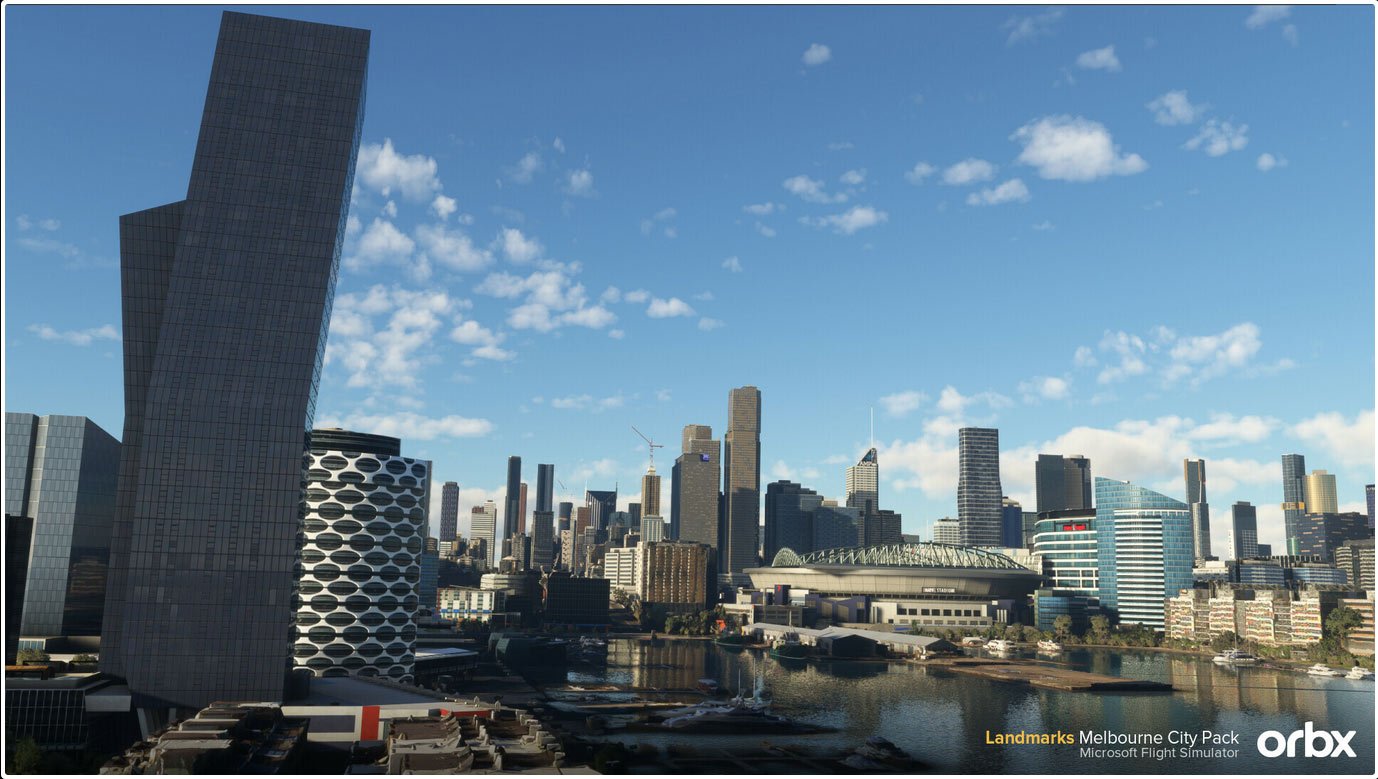 The port areas west of downtown have received careful attention, with custom models for industrial buildings and container cranes, high-beam night lighting, and a diverse collection of ships and boats. 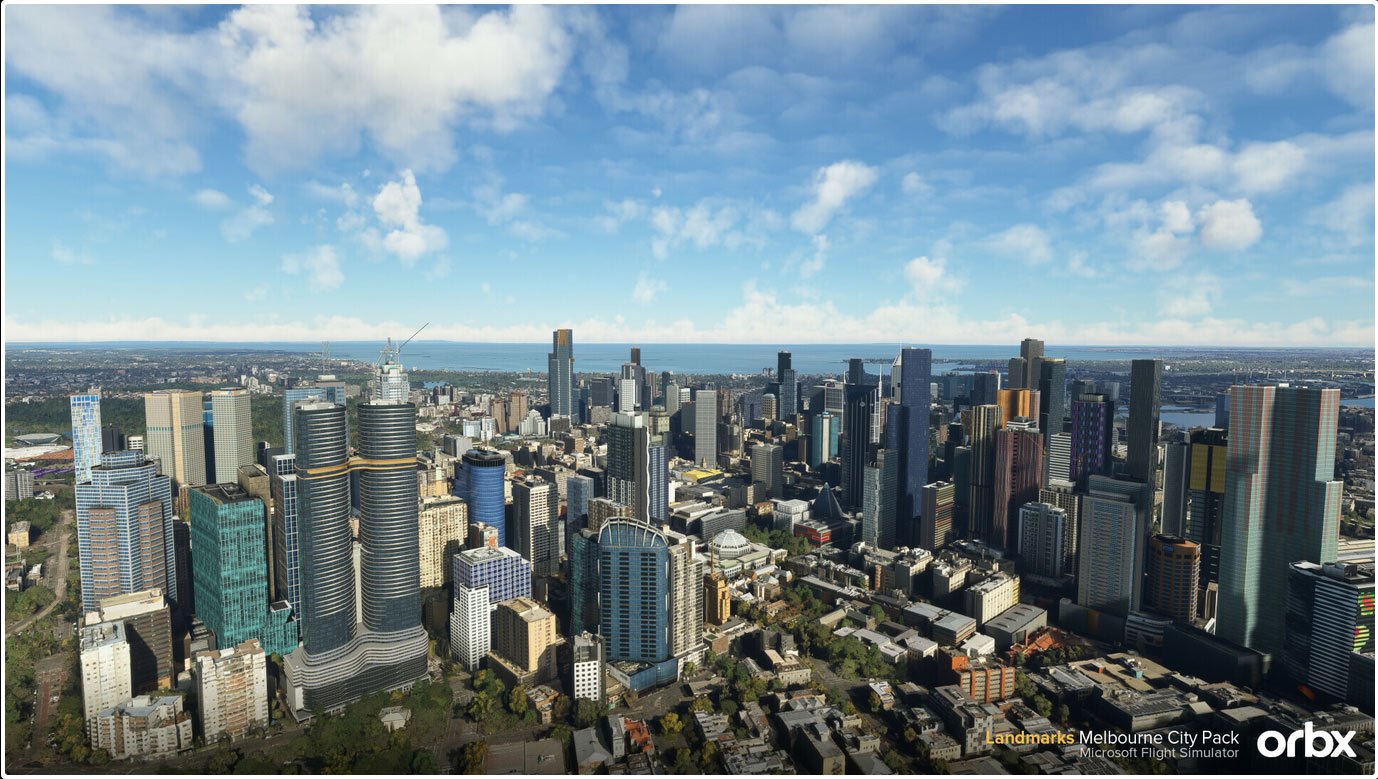 As with other Landmark titles, Orbx has made extensive enhancements to the entire area, terraforming and improving the placement of vegetation and generic buildings. 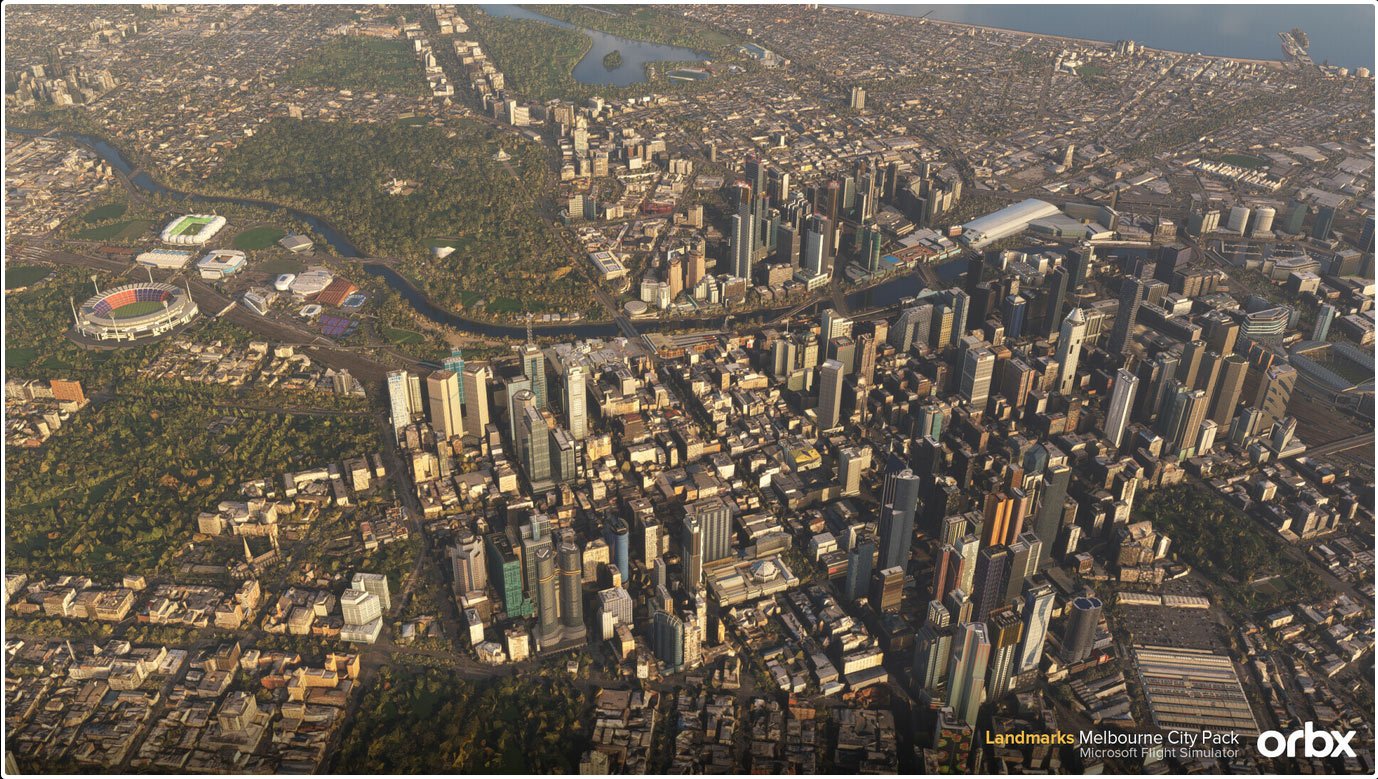