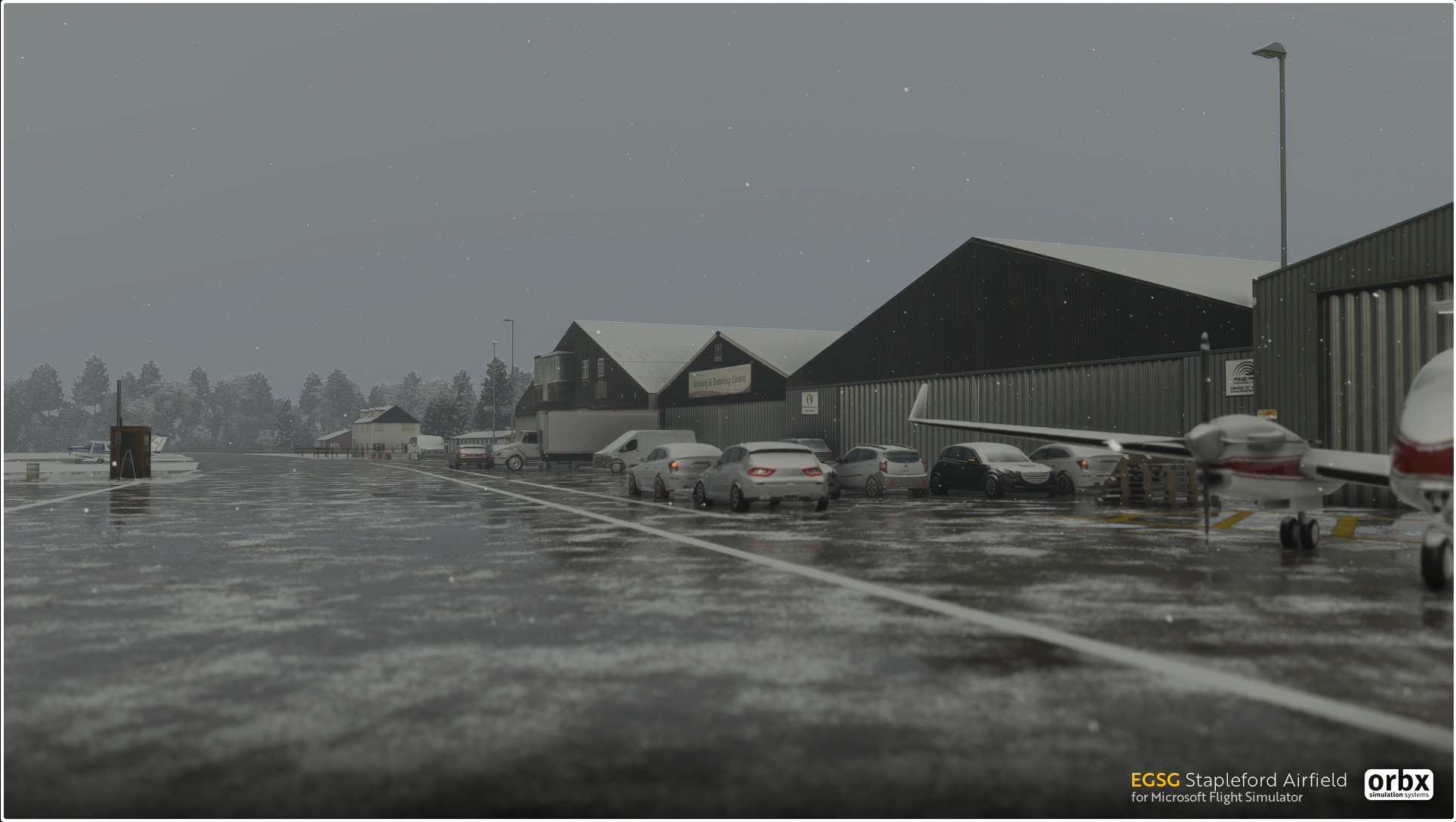 Located in Epping Forest in Essex, Stapleford Airfield started off in the 1930s as Essex Aerodrome and was used by the RAF during World War Two. Today, it is home to a family-run flight training business with other operators offering charter services and sightseeing flights to London.

Initially developed for the ESP platform by Russ White, EGSG was one of Orbx's first UK airfields. It has been rejuvenated for Microsoft Flight Simulator, bringing it into line with modern standards required by the sim.

It has been recreated from on-site photography and features PBR (Physically Based Rendering) textures and has been updated to reflect the current runway layout with detailed buildings based on exclusive airside photos and weather influenced ground polygons.