The latest US destination to be released by Orbx is KVNY Van Nuys Airport for Microsoft Flight Simulator. 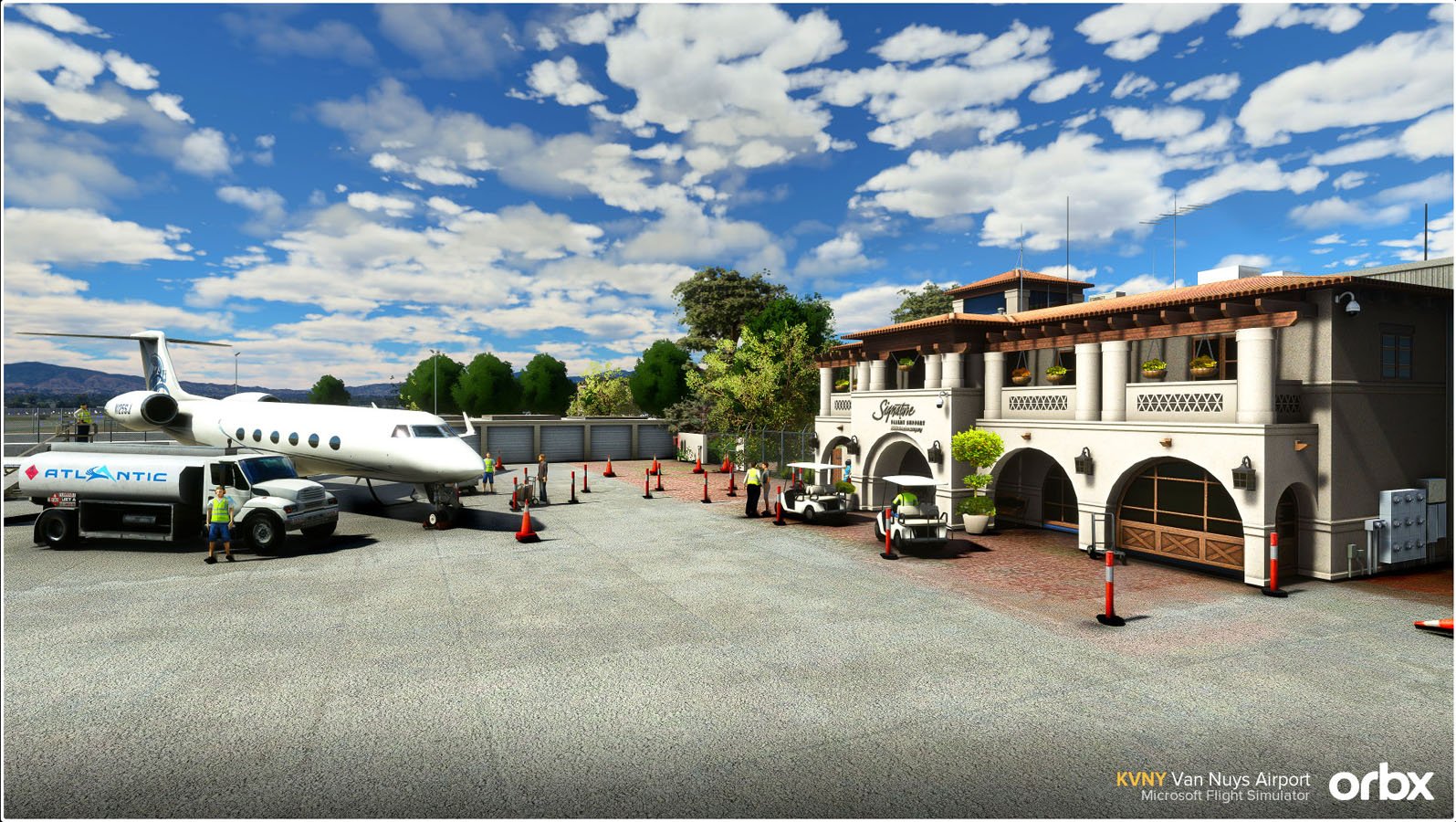 Developed by Matteo Veneziani, the package from Orbx has been built using the latest Microsoft Flight Simulator SDK with PBR (Physically Based Rendering) textures and high-resolution artwork.

All-new unique GSE (Ground Service Equipment) and static aircraft have been added, while careful attention has been given to the details, like the 94th Aero Squadron Restaurant recreated in detail as well as the Van Nuys Airport Observation Area, The Park VNY, Los Angeles Fire Dept. and Airtel Plaza Hotel. Animations include rotating AC fans, vents, custom wig-wags and beacon lights.

A bit of history

Originally named Metropolitan Airport, KVNY was built in 1928. It was a place for dreamers and pioneering pilots to try out their new flying machines. The airport was also an important military base during World War Two.
Today KVNY is often used for television, music and film videos. It is also the home of many FBOs, which have been recreated in full detail by Orbx.