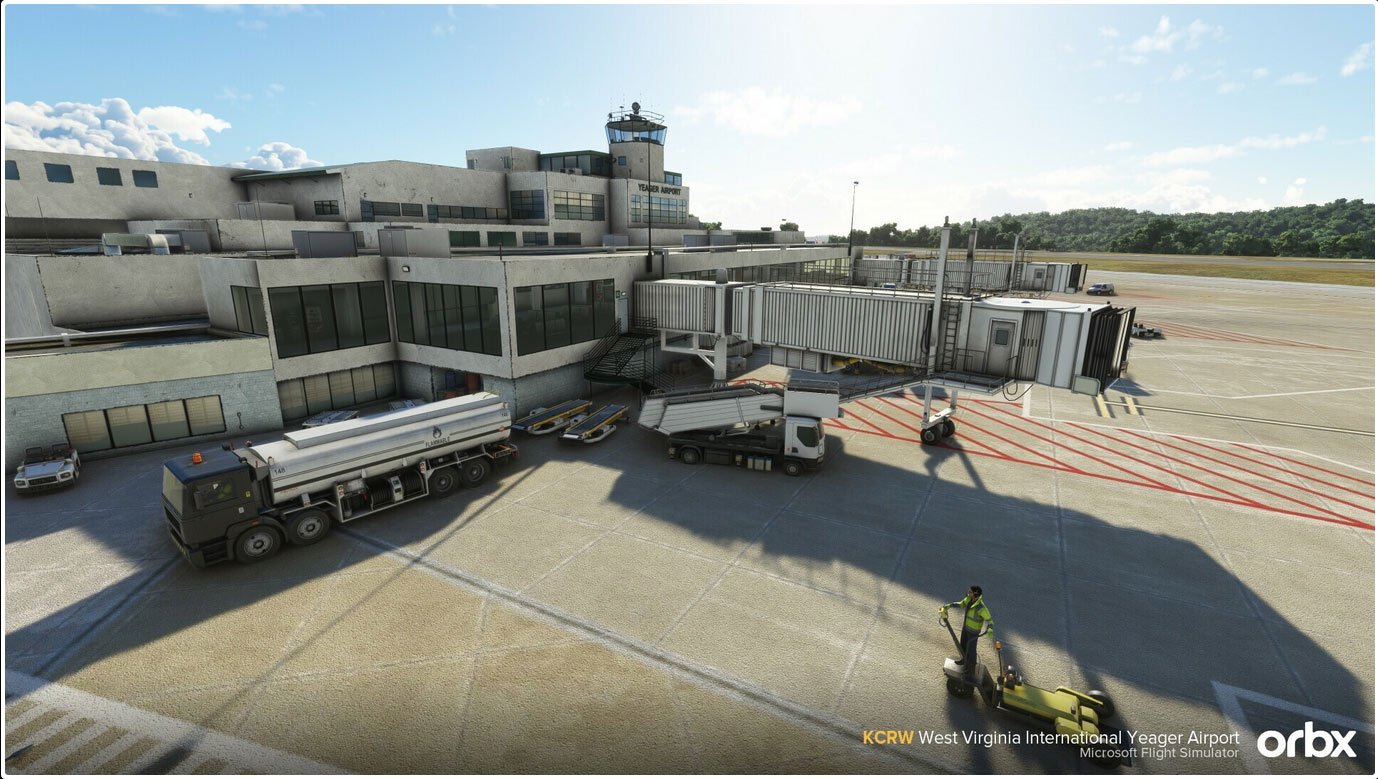 Yeager International Airport first opened its doors in 1947. In 1985 it was named after General Chuck Yeager, the first pilot to break the sound barrier in the Bell X-1.

Today, Yeager Airport serves American, Delta, Spirit, and United Airlines. With only 6302 feet of runway at an elevation of 982 feet on a flattened mountain, the airport is regarded as one of the world's most dangerous airports. 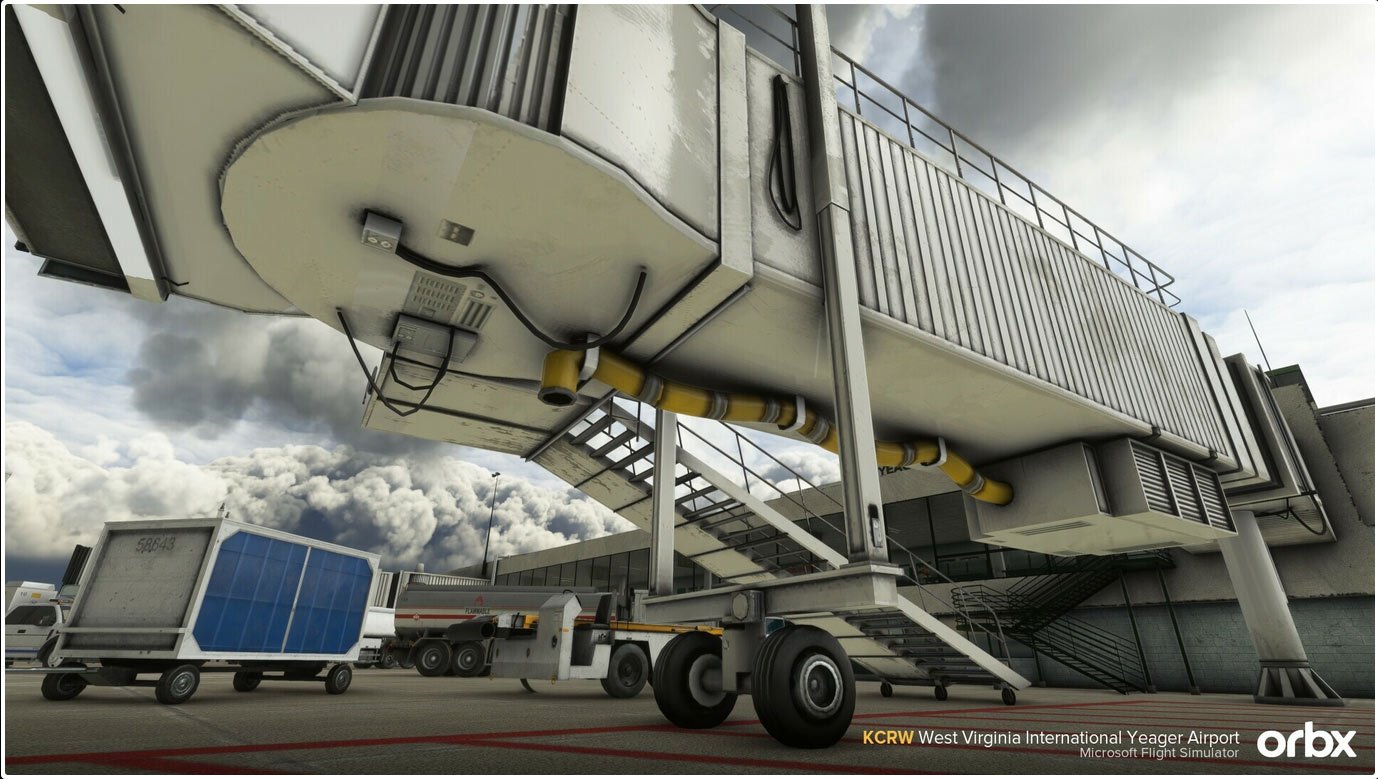 The package from Orbx features PBR textures along with custom POIs (Points of Interest) for the surrounding area and downtown Charleston. 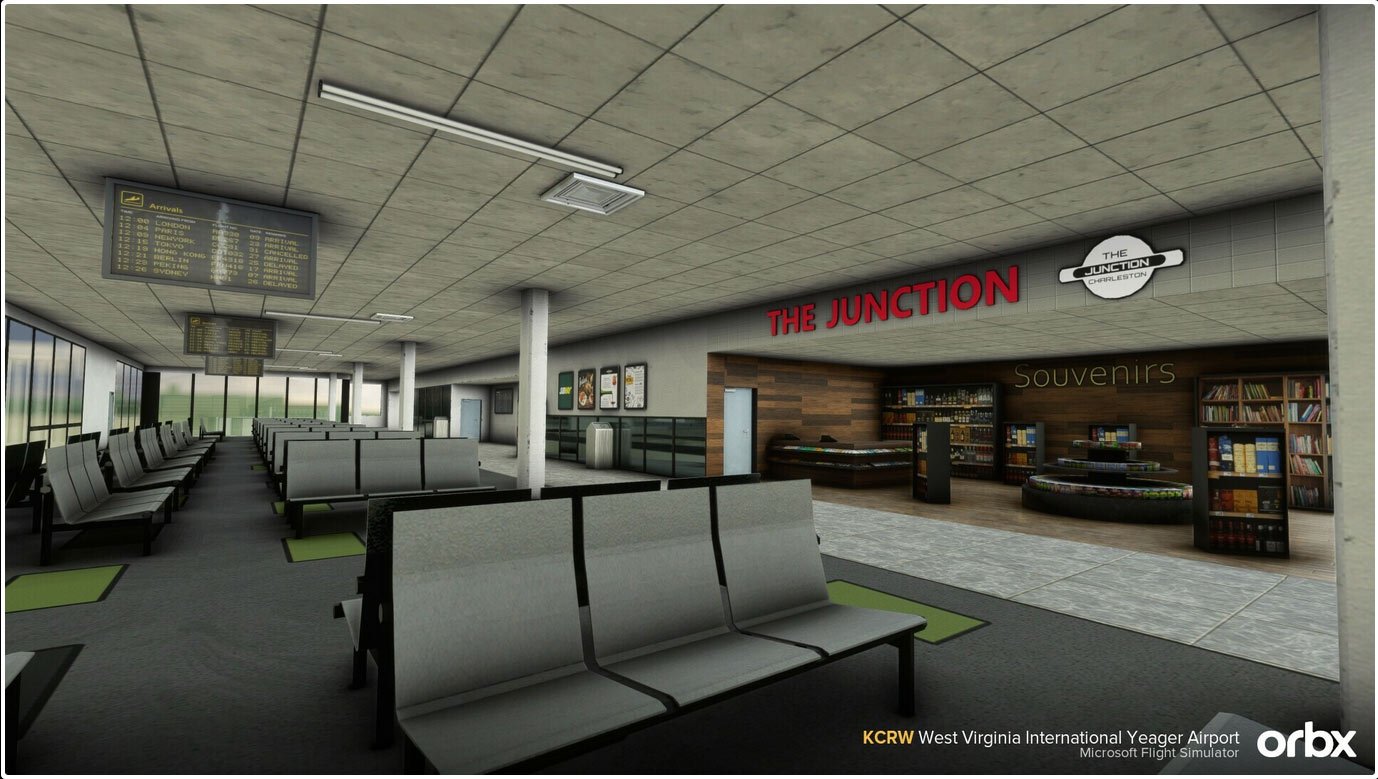 Other highlights include custom jetways, dynamic night lighting and a landside area recreated in detail with a modelled terminal interior.