It was announced back in April 2021 that my home city Auckland, New Zealand had been placed on the Orbx City Landscapes product roadmap for Microsoft Flight Simulator (MFS). It was with eager anticipation that I watched and waited for updates, refreshing Orbx Central weekly until finally the scenery was released publicly in mid-October 2021. 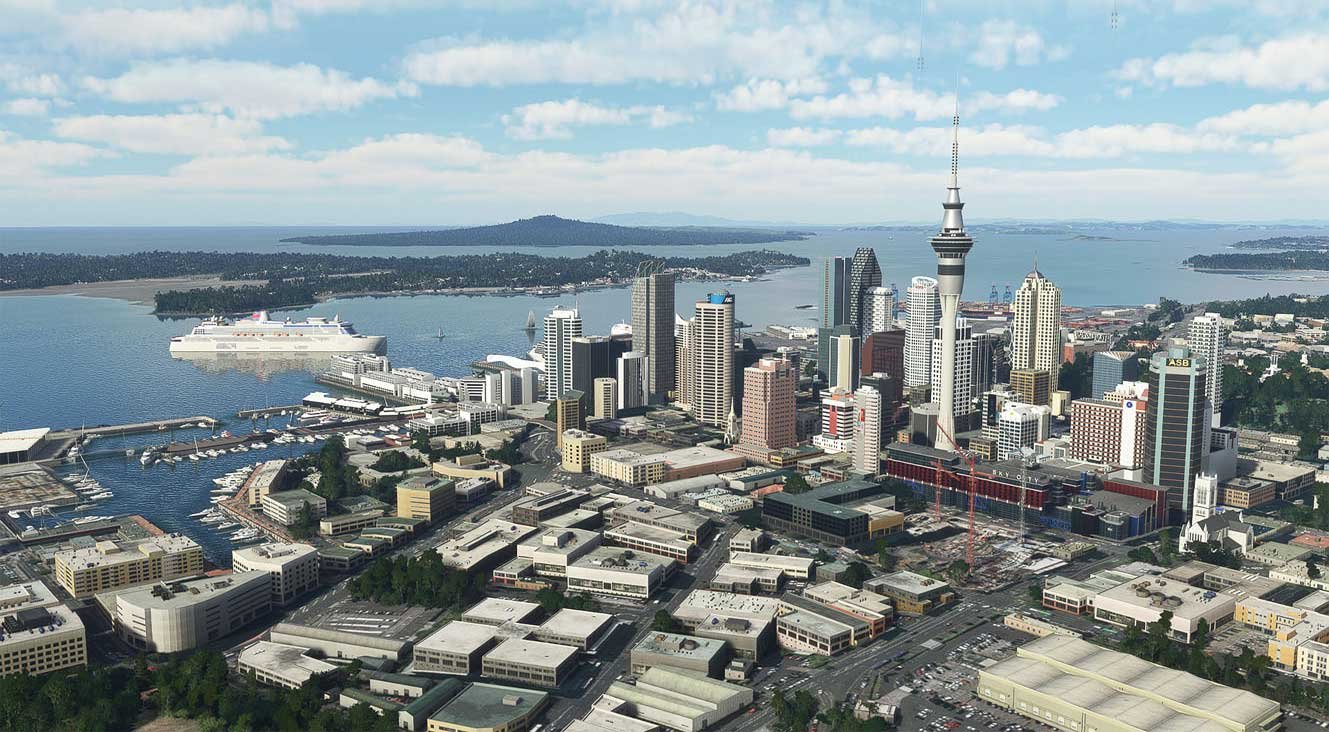 Auckland is the largest city in the land of Aotearoa, with a population of 1.7 million that makes up just over a third of our entire national population of five million. Administratively, the region is referred to as a Super City, uniting the councils of central Auckland with Waitakere City to the west, North Shore City on the other side of the harbour bridge and Manukau City to the south.