OVERLORD STRIPS THEN AND NOW

MANY D-DAY AIRFIELDS IN SOUTHERN ENGLAND HAVE NOW DISAPPEARED, BUT THERE ARE EXCEPTIONS. MALCOLM V LOWE VISITS SEVERAL OF THESE HISTORIC LOCATIONS 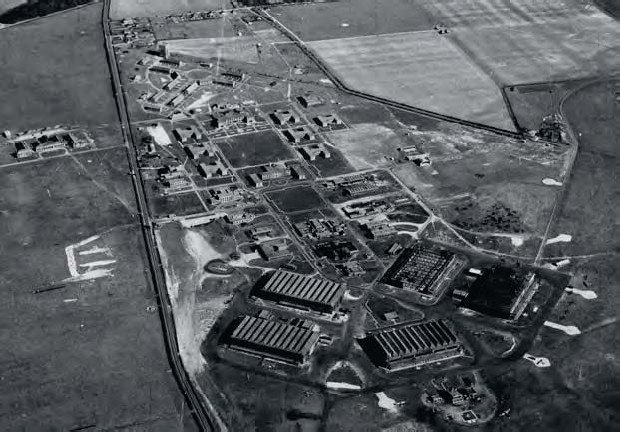 A late 1940s aerial view of Middle Wallop, Hampshire. The blitzed hangar, bombed in August 1940, had not been repaired at that time and was only returned to operations during the 1970s.
VICTOR LOWE COLLECTION

Configured as an F-6C Mustang, this P-51C-5-NT from North American’s Dallas production line belonged to the 107th TRS of the 67th TRG based at Middle Wallop during 1944. In the background is Danebury Iron Age hill fort, a prominent local landmark.
JB VIA MALCOLM V LOWE

Both the RAF and US Army Air Forces made good use of airfields in southern England leading up to and throughout the D-Day period in 1944. Some of the south’s ‘strips’ were already built and well established, but others were constructed specifically for operations during that time and, being temporary in nature, disappeared soon afterwards.