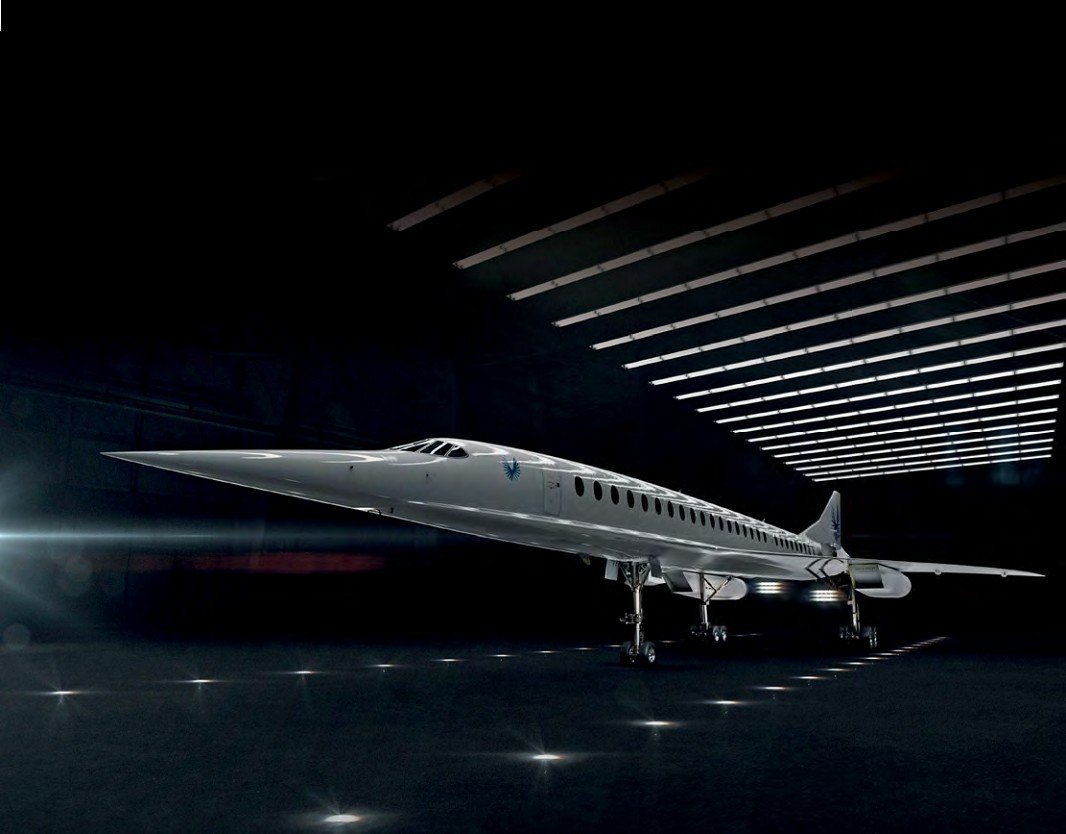 Overture will draw on technologies that will be tested on the XB-1, a one-third demonstrator planned to fly this year.
Boom Supersonic

A NEW supersonic airliner that will be developed by the start-up company Boom Supersonic will be called Overture.

The Denver, Colorado-based firm disclosed earlier this year it has secured a further $100 million from investors to advance the development of its Mach 2.2-capable design, which it describes as “the world’s first economically viable supersonic airliner”.

Boom Supersonic founder and Chief Executive Officer Blake Scholl said: “Today, the time and cost of long-distance travel prevent us from connecting with far-off people and places. Overture fares will be similar to today’s business class, widening horizons for tens of millions of travellers.

Ultimately, our goal is to make high-speed flight affordable to all.” Boom Supersonic claims Overture “will be the most community and environmentally friendly supersonic jet ever made”. The company says the aircraft’s advanced aerodynamics and engines and an ability to accommodate sustainable alternative fuels will mean the aircraft’s carbon footprint and the noise it generates on take-off and landing will be similar to subsonic airliners in operation today.

Boom is currently assembling a one-third scale manned prototype of Overture called the XB-1, which it plans to fly later in 2019. The company describes the XB-1 as the first “independently developed supersonic jet and the fastest civil aircraft ever built”.

The XB-1 shares the same key technologies as Overture: advanced carbon fibre composites, a refined delta wing planform and an efficient variable-geometry propulsion system. It will be powered by three General Electric J85-15 turbofans adapted for Mach 2-plus operations. The aircraft will consist of more than 3,700 parts including a custom composite structure, tricycle landing gear, flight control actuators, systems for pressurisation and cooling, avionics and a high-bandwidth telemetry system.

Currently under construction at Boom’s headquarters in Centennial, Colorado, the XB-1 will be moved to Mojave, California for flight testing, with supersonic flights scheduled to begin in 2020.

The XB-1 is designed to demonstrate efficient aerodynamics, advanced composite materials and an efficient propulsion system that will help refine Overture’s design, prove key technologies in flight for safe and efficient supersonic air travel and, ultimately, go into Overture.

Test work has already taken place; there have been three rounds of wind tunnel testing on the aircraft’s aerodynamic profile to evaluate low-speed stability and high-speed efficiency. According to Boom, four years of engineering and more than 350 aerodynamic design iterations and 1,000 materials tests have been carried out and spars, ribs, tails, joints and actuators have all been validated.

The demands of supersonic flight mean the XB-1 requires highprecision custom parts which hold their shape and strength under extreme temperatures (above 300°F) and loads. The company says: “We’ve developed novel techniques for precise carbon part fabrication, enabling XB-1’s skin to be accurate within the width of a human hair.”

Like the XB-1, Overture will feature an area-ruled carbon fibre composite fuselage and three medium-bypass turbofan engines without afterburner. Boom says it is targeting fuel-burn parity with current subsonic airliners and that it is testing alternative fuels, “which would substantially lower Overture’s carbon footprint”.

In addition to the development work on the aircraft, Boom has developed a full flight simulator for the XB-1 to enable the company’s chief test pilot – Bill ‘Doc’ Shoemaker, a US Navy aviator and graduate of the US Naval Test Pilot School who piloted the first flight of the Block II F/A-18 Super Hornet – to train for the test flights.

Overture is being designed to be capable of flying between London and New York in three hours and 15 minutes, and between Los Angeles and Sydney in six hours and 45 minutes. The 46m-long (151ft) aircraft will have a capacity of 55 seats and 4,500 nautical miles (8,334km) range.

The company’s target is to bring Overture to market in the mid-2020s. Last year it announced it has received what it calls “pre-orders” for 30 aircraft so far. Twenty of those orders are from Japan Airlines, which also announced it is investing $10 million in Boom. The Virgin Group has also signed pre-orders for ten Overtures.

As work on the XB-1 continues, in March 2019 Boom announced that it has selected Hoar Program Management (HPM) to lead its programme to select a location for a manufacturing facility in the United States to build Overtures in the future, as well as planning, designing and building that facility. HPM’s other responsibilities include recruitment of all project team members and providers involved in planning, design, supplies and construction.