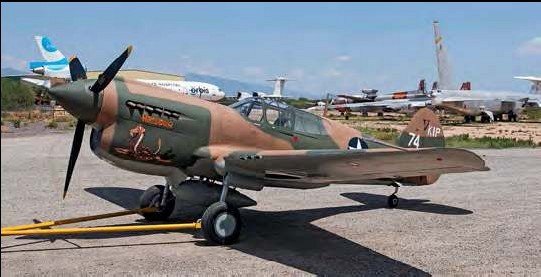 The latest addition to the burgeoning Pima Air and Space Museum collection near Tucson, Arizona, went on display in early August, in the shape of a Curtiss P-40E. The composite machine was restored in Rob Greinert’s workshop at Albion Park, New South Wales.

John Bezosky, the collections manager at Pima, says of the machine, „Since it is not a single-airframe restoration, we had to select an identity and paint job for it. We settled on a USAAF 49th Fighter Group P-40E, 41-25163, with the name Arizona and rattlesnake nose art on the engine cowling”. The pilot of that machine, operating from Darwin and later Port Moresby, was seven-victory ace Lt Sidney Woods, who played quarterback for the University of Arizona football team from 1935-39.