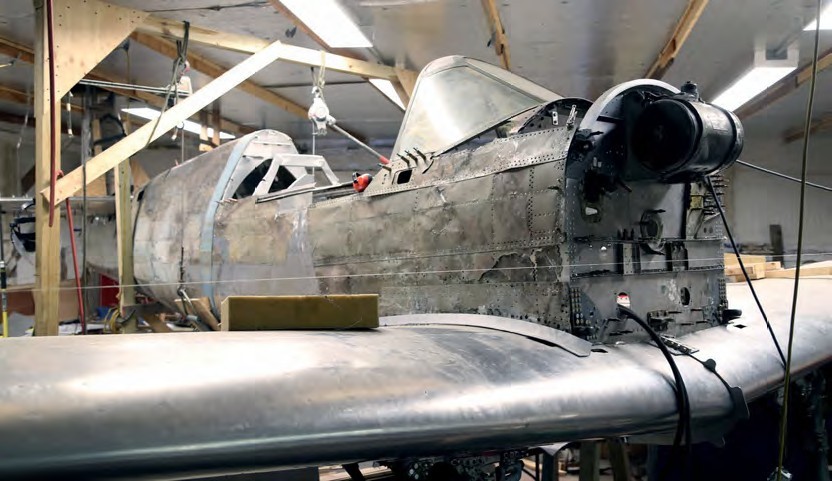 The composite P-40M in the workshop at Hammondsport in late July.
STEFAN SCHMOLL

ALTHOUGH the Glenn H. Curtiss Museum in Hammondsport, New York State is predominantly concerned with aircraft designed by the company founder, during August 2011 a Curtiss P-40N restoration project arrived from Iowa on a truck provided by local aviation parts manufacturer Mercury Aircraft.

The project is based on two P-40s that were recovered from a swamp in Florida, into which they had crashed following a mid-air collision in 1945. When completed — it is hoped in about two years’ time — the P-40 will be displayed in a flight attitude. Visitors will be permitted to sit in the cockpit and work the controls for flaps, undercarriage, lights, and various other systems. One of the rebuilt Allison V-1710 engines from the Florida recovery will be reinstalled in the aircraft.

Despite the fact that P-40s were built 100 miles west of Hammondsport in Buffalo, Mercury Aircraft manufactured complete P-40 and SB2C Helldiver tail assemblies and fuel tanks during the war years. A 1931 Mercury S-1 monoplane racer is on show in the main museum building, alongside more than a dozen genuine and reproduction Curtiss aircraft dating from 1908-31.