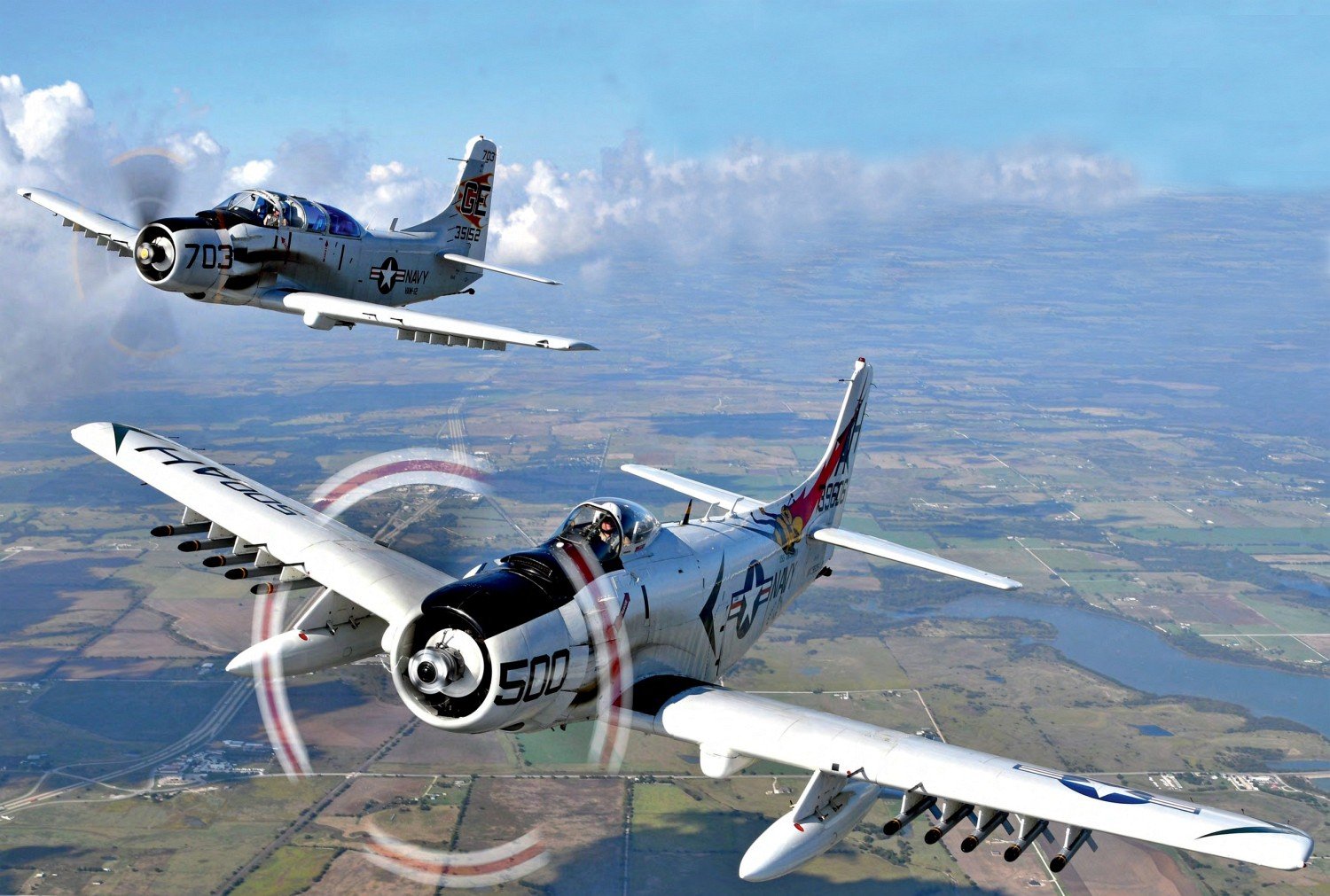 Douglas chief engineer Ed Heinemann was gifted with incredible foresight. Proof, if it were needed, came from his choice of the 18-cylinder, 2,800hp (2,088kW) Wright R-3350 to power the XBT2D Dauntless II attack bomber for the US Navy.

He had created one of the largest single-seat airframes to enter production, and to operate from the decks of carriers as a dive-bomber it required great reserves of power.

The prototype flew for the first time on March 18, 1945, too late for the Skyraider to take part in World War Two. Re-designated AD-1 and renamed Skyraider, despite appearing anachronistic in the expanding ‘jet era’, it proved itself to be one of the most important and adaptable Cold War warriors during its 30-year service life.