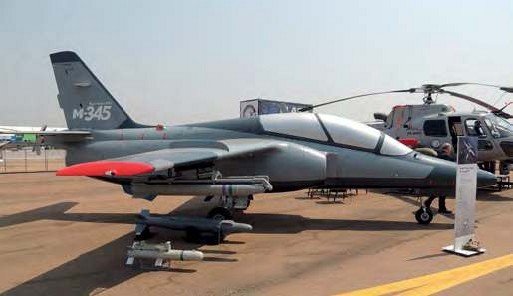 Paramount Group has launched its SWIFT weapons suite for light jets and is promoting it on the Leonardo M-345 jet trainer it is marketing in Africa (Leonardo is also looking at partnering with Paramount on the SF-260 trainer as Paramount Aerospace already lies the SF-260 at its aviation training academy). The Smart Weapons Integration on Fast-Jet Trainers (SWIFT) mission system is an extension of the Paramount Advanced Technologies (PAT) FLASH (Flexible Light Armaments System for Helicopters) and could include South African guided weapons like the Denel Dynamics Al Tariq guided bomb and Mokopa anti-tank missile, as well as laser-guided rockets or cannon pods. SWIFT is scalable and allows users to select an equipment it for tasks ranging from basic observation to anti-tank operations.

Paramount displayed its FLASH system aboard an AS550 Fennec demonstrator helicopter at the African Aviation and Defence Expo 2018. It already has a launch customer in the Middle East. The company is collaborating with nearly 40 companies on FLASH/SWIFT, including Hensoldt (optronics), Honeywell, FZ (rockets), Tellumat (avionics), FN Herstal (rocket and gun pods), Denel Dynamics (missiles) and Tower 35 (optronics).